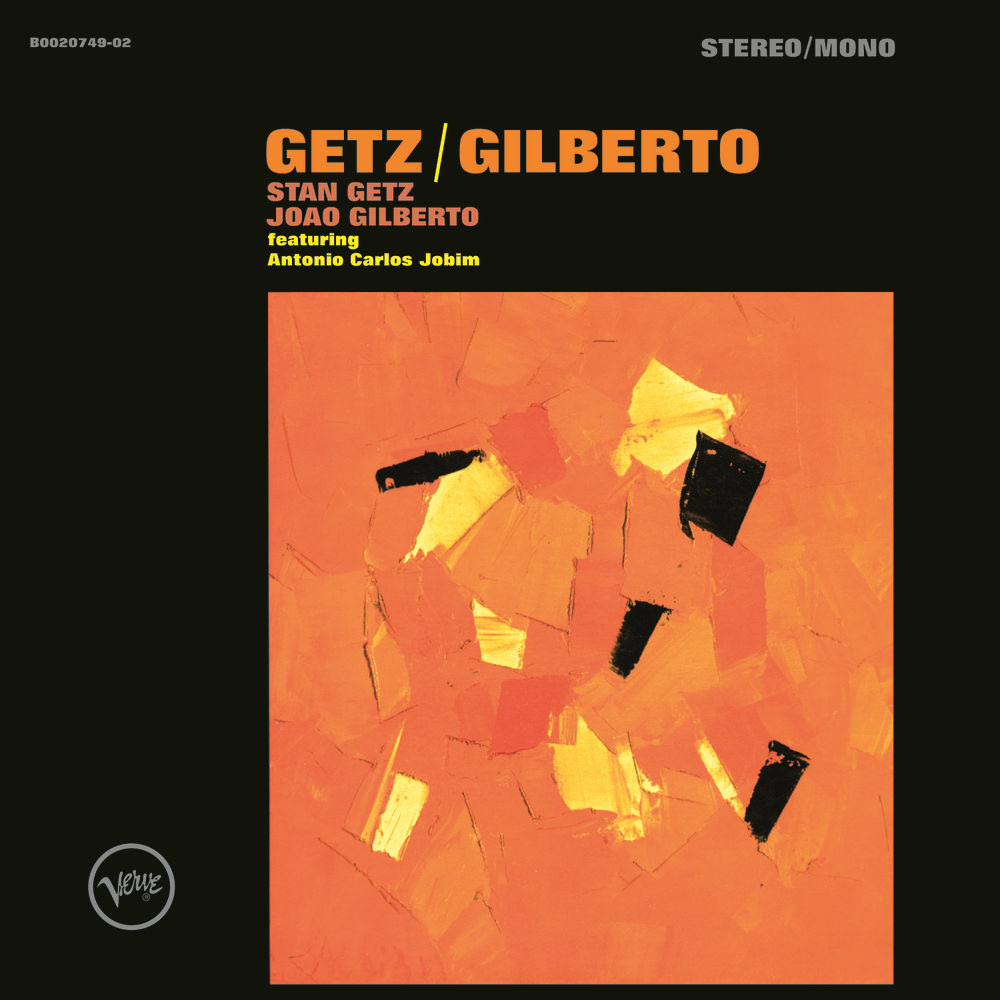 Available in 192 kHz / 24-bit, 96 kHz / 24-bit AIFF, FLAC high resolution audio formats
Grammy Award - Album of the Year, 1965 Grammy Award - Record of the Year, 1965 - The Girl From Ipanema "... a triumph of groove and feeling ... this hit like a thunderclap. It still has that impact today." - NPR Jazz "... essential for all serious jazz collections ... proof that it is possible for music to be both artistically and commercially successful ... a true gem ..." - JazzTimes.com American sax player Stan Getz and Brazilian guitarist Joao Gilberto teamed up with Brazilian composer and pianist Antonio Carlos Jobim to record this historic, pivotal album released in 1964. The album helped establish the bossa nova craze in the United States and launched Astrud Gilberto's international career with the song The Girl From Ipanema, one of the most successful and familiar bossa nova songs of all time. Getz/Gilberto was the first jazz album to ever win a Grammy for Album of the Year, a feat that wouldn't be repeated for 43 years. The album also won a Grammy for Best Engineered Album, Non-Classical and remains one of the best-selling jazz albums of all time. "There are only few times in modern music when several elements all come together and create something of great initial impact and with lasting influence. In 1964 when Getz/Gilberto was released this rare feat was achieved. In this context the album can be regarded as one of great historic importance. However this album is much more than a golden artifact. It was and still is a remarkable work of art as well." - BNovaMusic.com
192 kHz / 24-bit, 96 kHz / 24-bit PCM – Universal Music Group Studio Masters