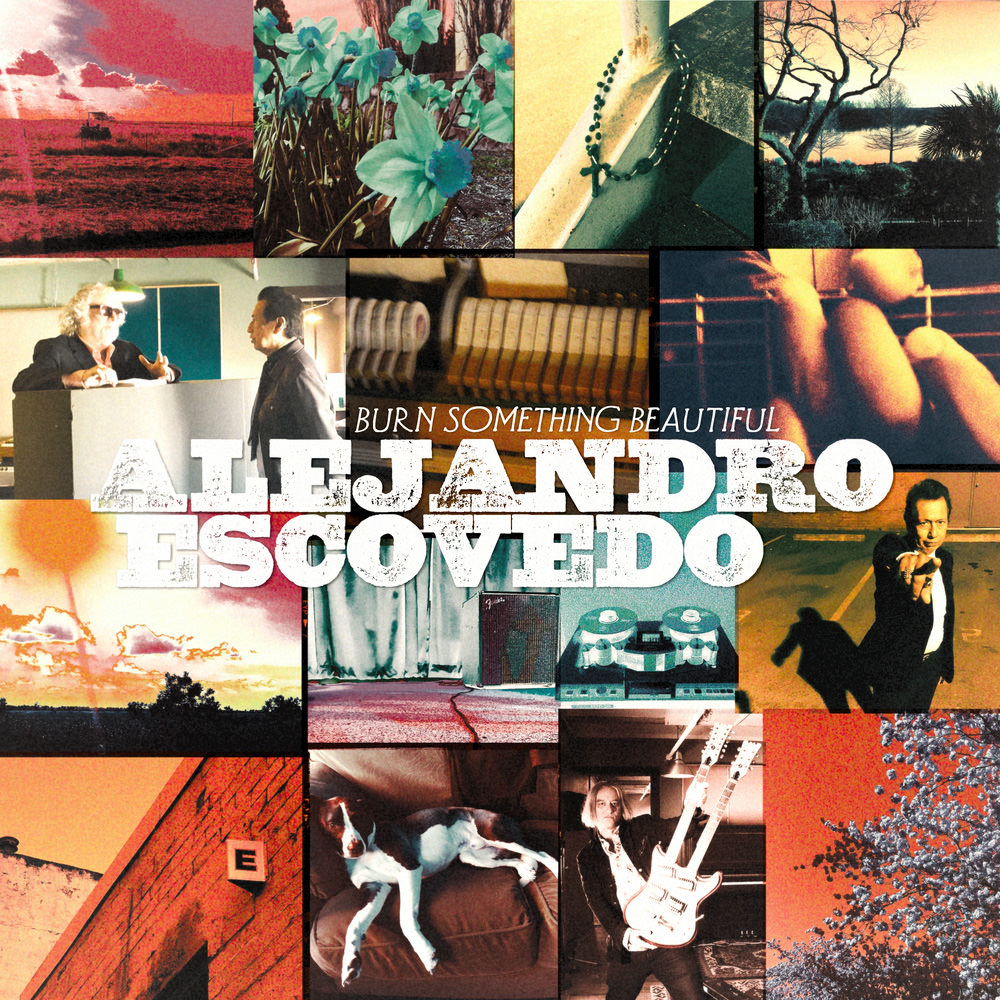 Available in 96 kHz / 24-bit AIFF, FLAC high resolution audio formats
"... he hasn’t lost his knack for mixing rugged punk and glam with openhearted roots fare ... and enticing the likes of Peter Buck, Scott McCaughey and Neko Case to chip in. Beauty." - Toronto Sun "... (a) yin-yang mixture of joy and fear ... continuing the singer's penchant for a shadowy mixture of punk, roots and rock, the record is low on gloss and high on assertive guitars and restless percussion, mature in subject matter but never composition. Escovedo may be in his 60s, but he doesn't temper the distortion or feedback for aged ears." - Rolling Stone Renowned Texas singer-songwriter Alejandro Escovedo teams up with Peter Buck of R.E.M. and Scott McCaughey on his first solo outing in four years, Burn Something Beautiful. Buck and McCaughey not only co-wrote these songs with Escovedo, they also co-produced the album which takes some mighty big swings. At once a celebration of the rock and roll life, a contemplation on mortality and the healing power of love, Burn Something Beautiful connects repeatedly with Escovedo’s soulful heart and voice at its core. The project coalesced with the participation of esteemed musicians who give the tracks a genuine band feel, including guitarist Kurt Bloch (Fastbacks), drummer John Moen (the Decemberists), vocalists Corin Tucker (Sleater-Kinney) and Kelly Hogan (Neko Case) as well as saxophonist Steve Berlin from Los Lobos. "You just do your good work and people care. I always believed, when I was a kid, that if you worked hard, you would find fulfillment. I think I got a lot of that from my father and my brothers. A working musician is all I ever wanted to be. Hard work, stay true to what you want to do and then eventually someone would notice for that very reason." - Alejandro Escovedo "I’ve been a fan of Alejandro’s music for over 30 years and recording with him was as good as I expected it to be ... (we) really extended our vocabulary as writers and musicians, coming up with something that is unlike anything we have done individually in the past." - Peter Buck, co-producer
96 kHz / 24-bit PCM – Fantasy Records Studio Masters