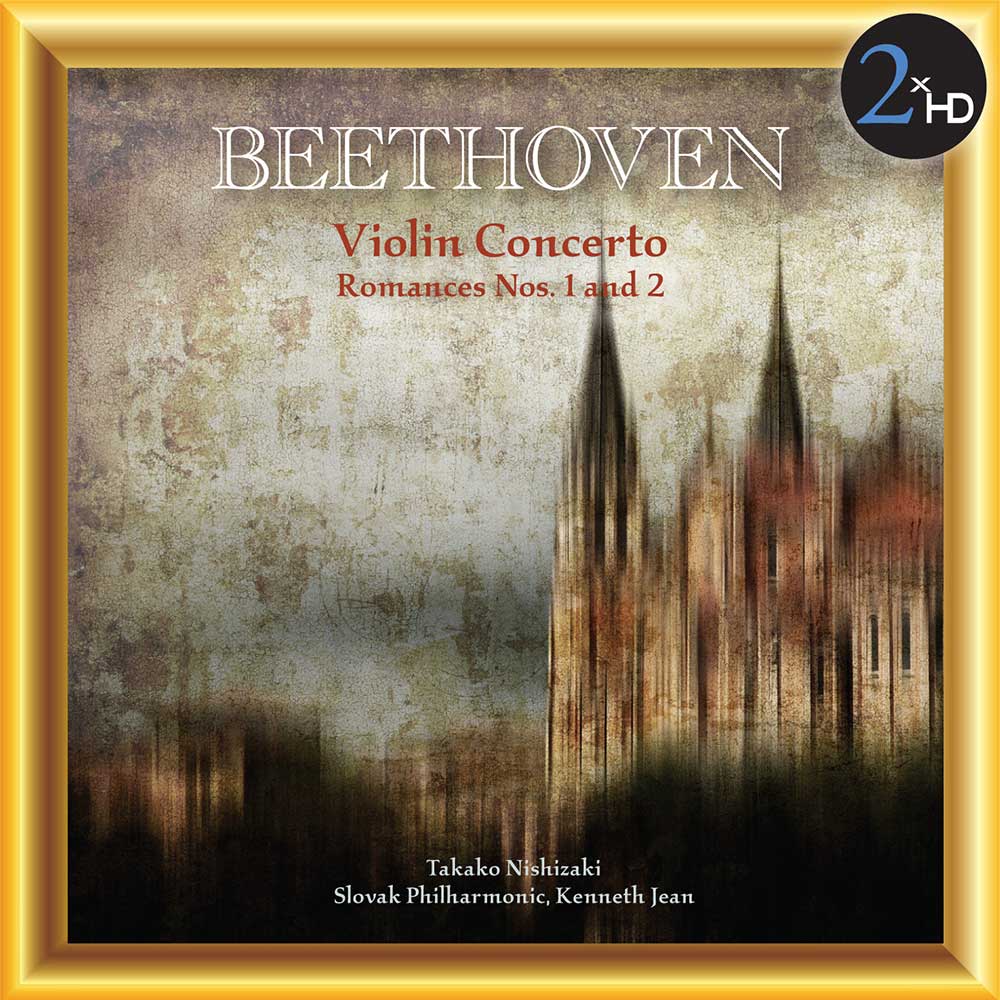 Available in 44.1 kHz / 24-bit AIFF, FLAC audio formats
Nishizaki’s spontaneous performance is a match for many by more famous names ... her playing is individual yet unselfconscious. The digital recording is excellent, with resonant, spacious orchestral sound." - The Penguin Guide to Recorded Classical Music This album dedicated to the works of Beethoven showcases the violin, performed by award-winning soloist Takako Nishizaki with the Slovak Philharmonic under conductor Kenneth Jean. Beethoven's Violin Concerto is his only completed concerto for the instrument. The two Romances for violin and orchestra were earlier works, possibly written as slow movements for a violin concerto that had been started some years earlier but was never finished. They both have a perfection of their own and remain a significant part of the solo violin concert repertoire.
44.1 kHz / 24-bit PCM – 2xHD Studio Masters