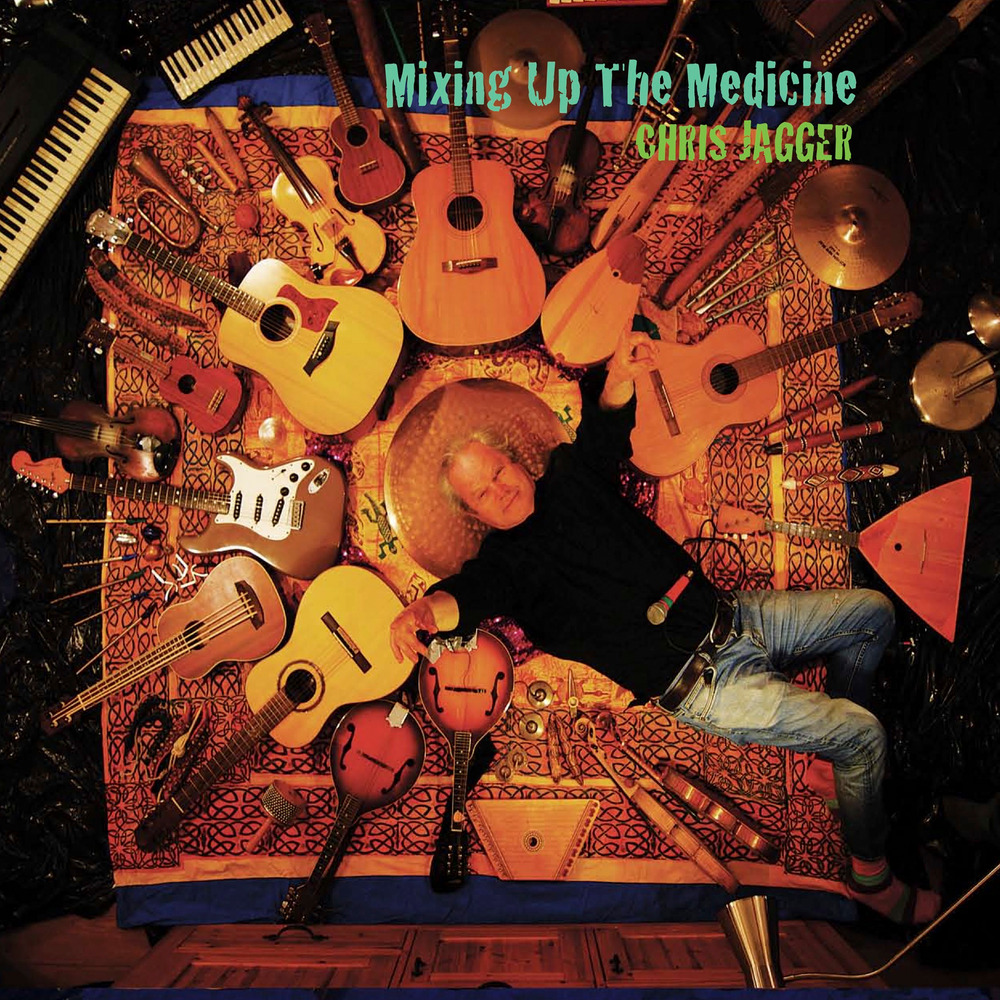 Mixing up the Medicine

Available in MQA and 96 kHz / 24-bit AIFF, FLAC high resolution audio formats
Chris Jagger releases a brand new studio album Mixing Up The Medicine through BMG. Recorded during lockdown with a host of musician friends and peers, the album is released on the same day as the publication of Jagger’s long awaited autobiography Talking To Myself, published by BMG. Recorded socially distanced in a studio near Jagger’s long standing musical wingman and pianist Charlie Hart’s Lewisham home, at Jagger’s farmhouse, and down the line to each other when lockdown restrictions were in force, Mixing Up The Medicine is a loose, lively collection of Jagger/Hart originals that features a hit-list of top players. On the album you will hear old friend Olly Blanchflower on double bass; Atcha band alumnus Dylan Howe on drums, veteran producer John Porter, who’s worked with artists including The Smiths, Roxy Music, Buddy Guy, BB King and Elvis Costello. Porter in turn hired experienced guitarist Neil Hubbard (Bryan Ferry, Joe Cocker), alongside some south London mates of Hart on horns - Nick Payn and Frank Mead. Jagger explains, “Then I got in John Etheridge - who’s an old pal and who once played with Soft Machine - to add some jazzy guitar, and Jody Linscott who I’ve known since the Seventies, on percussion. Mostly the tracks were cut live in the studio as that’s what I know.” Into that roll call we can also add brother Mick on backing vocals. As for Chris and Charlie’s inspiration, the inventive pair roamed far and wide: “Charlie’s a bit of a jazzer, then I found this obscure poet called Thomas Beddoes, he says of the early 19th century writer and physician.I was reading this book by Ezra Pound, and he mentioned Beddoes. I found this book of his called Death’s Jest Book, in which he wrote these kinds of weird plays. He was a poet from Bristol, and his father knew Shelley, so he was coming in just after the Romantic poets. He was an alcoholic and he committed suicide by poisoning himself in Basel in 1849. He was only 45. I read some of his verse and took them and put them to music.”
96 kHz / 24-bit PCM – BMG Rights Management (UK) Ltd Studio Masters