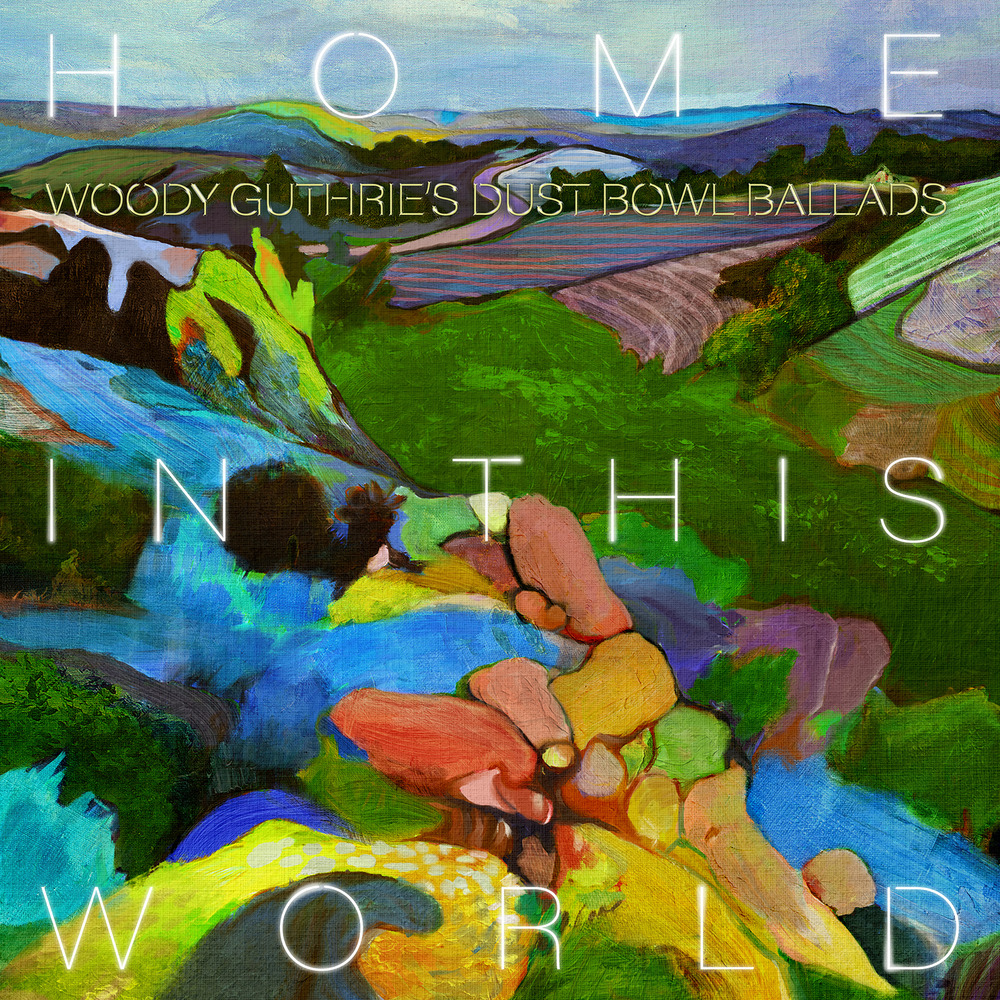 Available in MQA and 96 kHz / 24-bit AIFF, FLAC high resolution audio formats
Randall Poster, one of the most celebrated music supervisors in entertainment and the creative director of Premier Music Group, has been busy in 2021 working on a number of key projects in the worlds of film, TV and music. Now, Poster EP's and supervises the release of Home In This World: Woody Guthrie’s Dust Bowl Ballads, an interpretation of Guthrie’s landmark 1940 album Dust Bowl Ballads. The album features an all-star cast, assembled by Poster, that interpret the songs on the only non-compilation album of Guthrie’s career, including everyone from GRAMMY® Award winners Lee Ann Womack and John Paul White to poet laureate Mark Lanegan and country and Americana star Lillie Mae, Shovels & Rope, mandolinist Chris Thile, Colter Wall, Watkins Family Hour, Waxahatchee, Lost Dog Street Band, The Felice Brothers, Secret Sisters, Swamp Dogg, and Parker Millsap. Poster elaborated on the project, sharing, “Woody Guthrie’s ‘Dust Bowl Ballads’ is as relevant as ever. While profiteers exploit our natural resources, there is a growing sensitivity to the harsh farming practices that put our well-being at risk and a concerted movement toward regenerative agriculture that can reinvigorate the soil and push back on climate change. I asked some of my favorite artists to help render these songs, hoping that this collection will reinforce the enduring power and prescience of Guthrie’s music and reveal the power of song. I tried to think of these songs as the soundtrack to a movie, building a narrative, a story where the world wakes up to the climate threats and unite to combat it successfully. It’s a great movie.”
96 kHz / 24-bit PCM – Elektra (NEK) Studio Masters