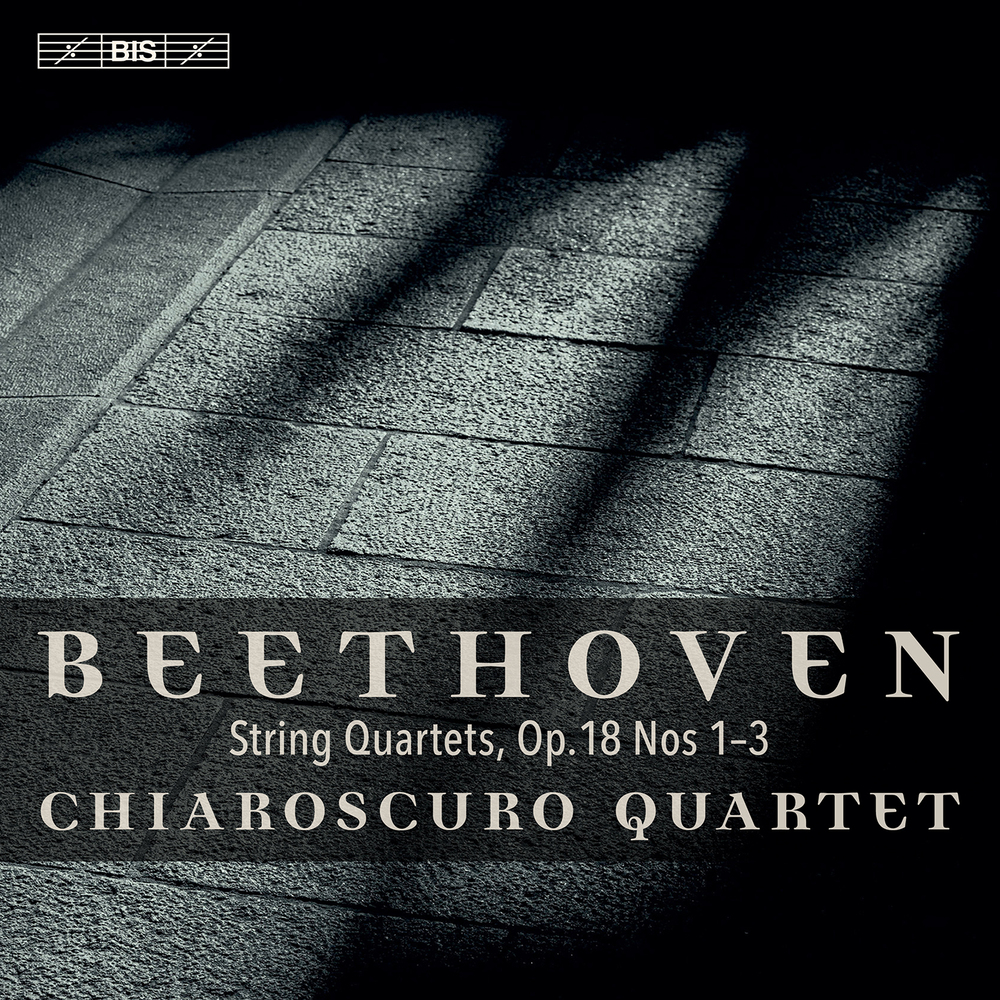 Available in 96 kHz / 24-bit AIFF, FLAC high resolution audio formats
For a string player, Beethoven’s 16 quartets are of an importance similar to that of his sonatas to a pianist, or his symphonies to a conductor. As a body they form the culmination of all the chamber music composed before them, and to this day they remain a benchmark for every composer of string quartets. The Chiaroscuro Quartet begin their cycle of these works at the same place as Beethoven did, with the Op. 18 set which occupied him intensively for the best part of two years (1798 – 1800). The effort he put into these quartets was surely due to the fact that he had much to live up to – they would be measured against those of Haydn and Mozart, who had raised the genre to a supreme vehicle for ‘learned’ taste and subtle, civilized musical discourse. Beethoven was clearly determined that the six Op.?18 quartets should present the widest possible overview of his art. Of the three works included on this first volume, No.?1 in F major is the most imposing in scale and the widest in expressive range. In comparison, the second quartet, in G major, is more urbane and light-hearted, recreating the spirit of an eighteenth-century comedy of manners à la Haydn. The most lyrical of the set is Quartet No.?3 in D major, which despite its numbering was probably the first quartet that Beethoven completed.
96 kHz / 24-bit PCM – BIS Records Studio Masters