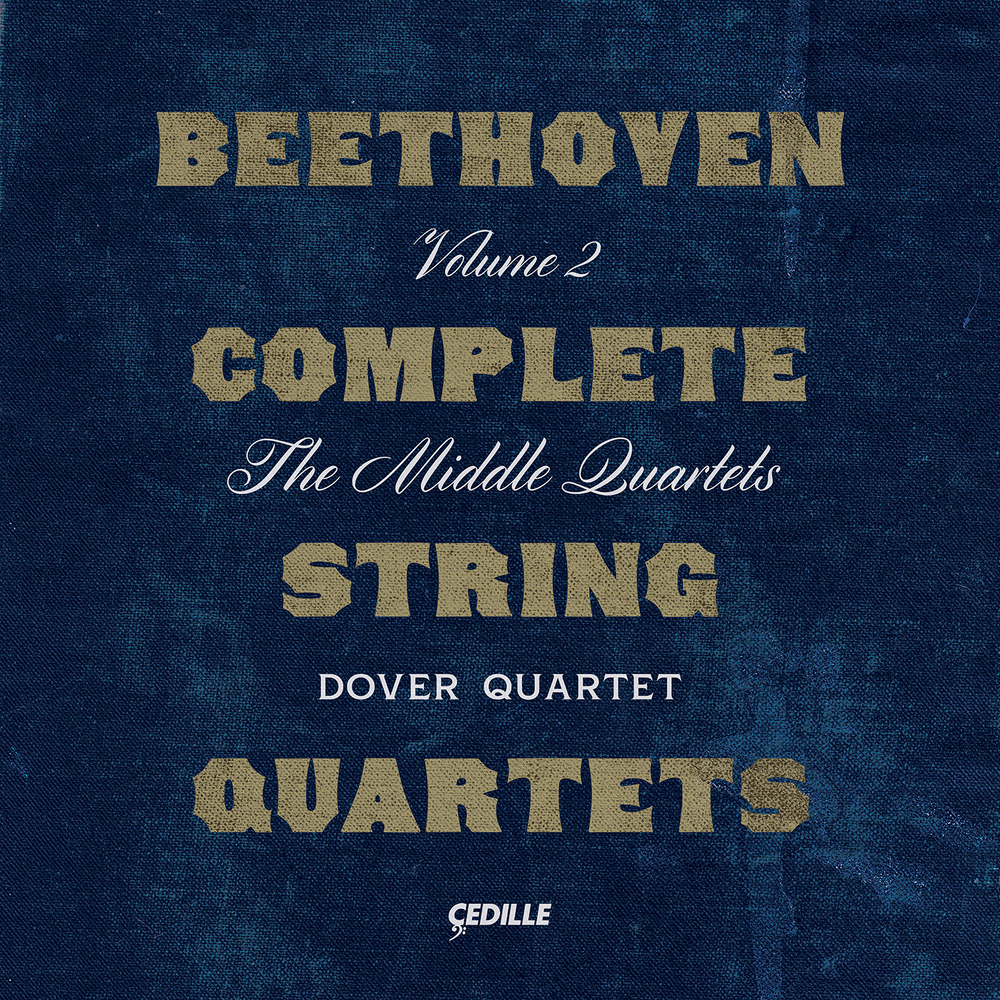 Available in 96 kHz / 24-bit AIFF, FLAC high resolution audio formats
The Dover Quartet, “the young American string quartet of the moment” (The New Yorker) unveils the second installment in its critically acclaimed Beethoven quartet cycle on Cedille Records. The Dover’s three-album set of Beethoven’s “Middle Quartets” includes the three Op. 59 “Razumovsky” Quartets, infused with Russian folk tunes; the graceful “Harp,” Op. 74, named for its plucked string figures; and the intense Op. 95 “Serioso,” a forward-looking experiment that Beethoven originally intended “for a small circle of connoisseurs.” The Dover Quartet’s first Beethoven release, a traversal of the Op. 18 quartets, has garnered international praise. England’s The Strad said the ensemble exhibits “a beguiling freshness and spontaneity that creates the impression of these relatively early masterworks arriving hot off the press.” Toronto’s The Whole Note cited “performances of conviction and depth. This promises to be an outstanding set.” Utah-based CD Hotlist remarked, “The Dovers stand out from the pack by playing with utterly perfect intonation, a near-telepathic sense of ensemble, and a lovely balance of passion and clarity.” New York’s WQXR proclaimed, “It’s hard to imagine a group better suited to recording these works than the Dover Quartet.” In concert, the quartet has presented three complete Beethoven cycles, including the University at Buffalo’s famous “Slee Cycle” – which has offered annual Beethoven quartet cycles since 1955 and has featured the likes of the Budapest, Guarneri, and Cleveland Quartets. The Dover Quartet serves as the inaugural Penelope P. Watkins Ensemble in Residence at Philadelphia’s Curtis Institute of Music and holds residencies with the Kennedy Center in Washington, D.C., and Bienen School of Music at Northwestern University, Evanston, Illinois, among other prestigious posts.
96 kHz / 24-bit PCM – Cedille Studio Masters