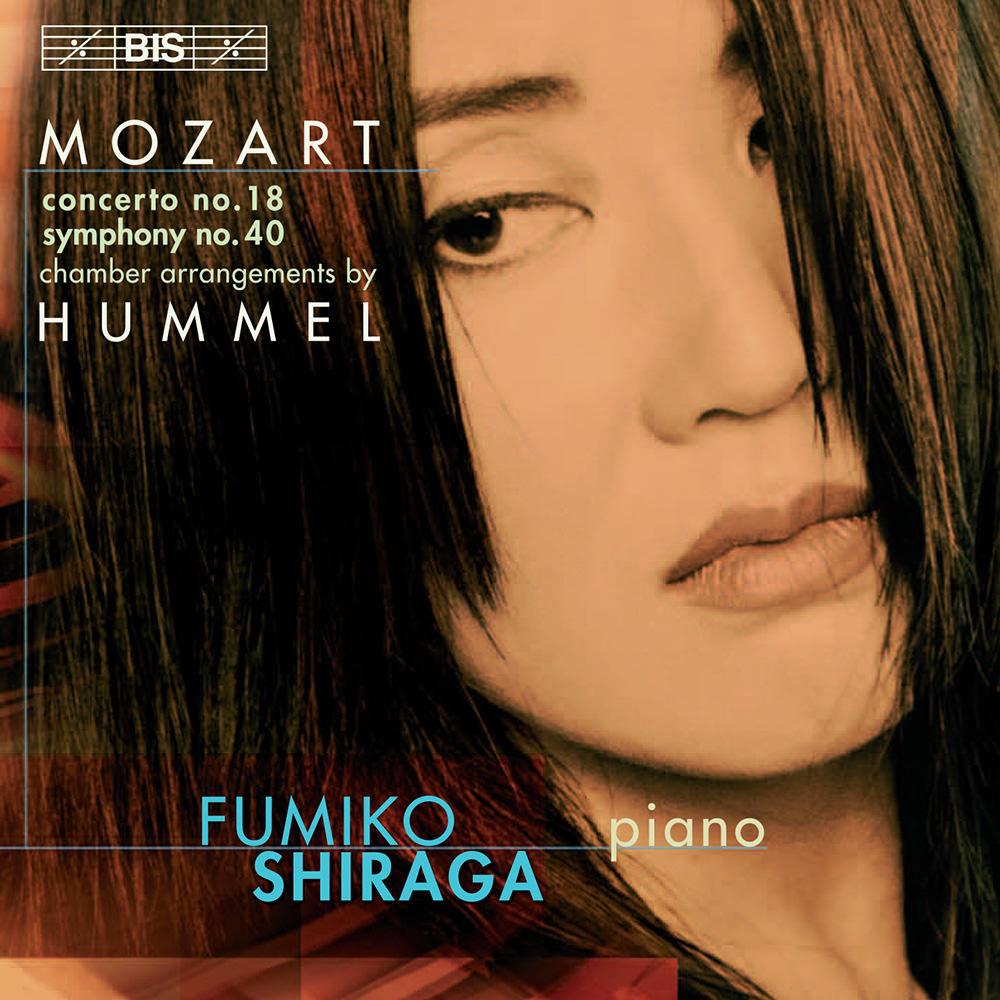 Available in 44.1 kHz / 24-bit AIFF, FLAC audio formats
The switch in roles for the piano in the concerto from ‘orchestral’ to ‘solo’ can be a little disorientating to start with, but with Fumiko Shiraga’s characterful playing there is never any real doubt about what is going on. The Symphony works extremely well, with all of those familiar little inflections, those dramatic twists and turns being revealed in a new light.” - Dominy Clements, MusicWeb International This release from the late Japanese-German pianist Fumiko Shiraga is the concluding volume in Naxos's series of Nepomuk Hummel's arrangements of Mozart's symphonic works. As one of Mozart's most well-known pupils and an inheritor of that composer's virtuosic classicism both as a performer and in his compositions, Hummel was well placed to adapt these pieces—the Piano Concerto No. 18 in B Flat Major, K. 456 and the famous Symphony No. 40 in G Minor, K. 550—for chamber ensemble. His motivation for arranging for piano, flute, violin, and cello was to take advantage of the amateur English market through publishing, a canny financial move which, as a side effect, allows listeners today to gain an insight into late 18th- early 19th-century performance practice, while being thoroughly charmed in the process.
44.1 kHz / 24-bit PCM – BIS Studio Masters