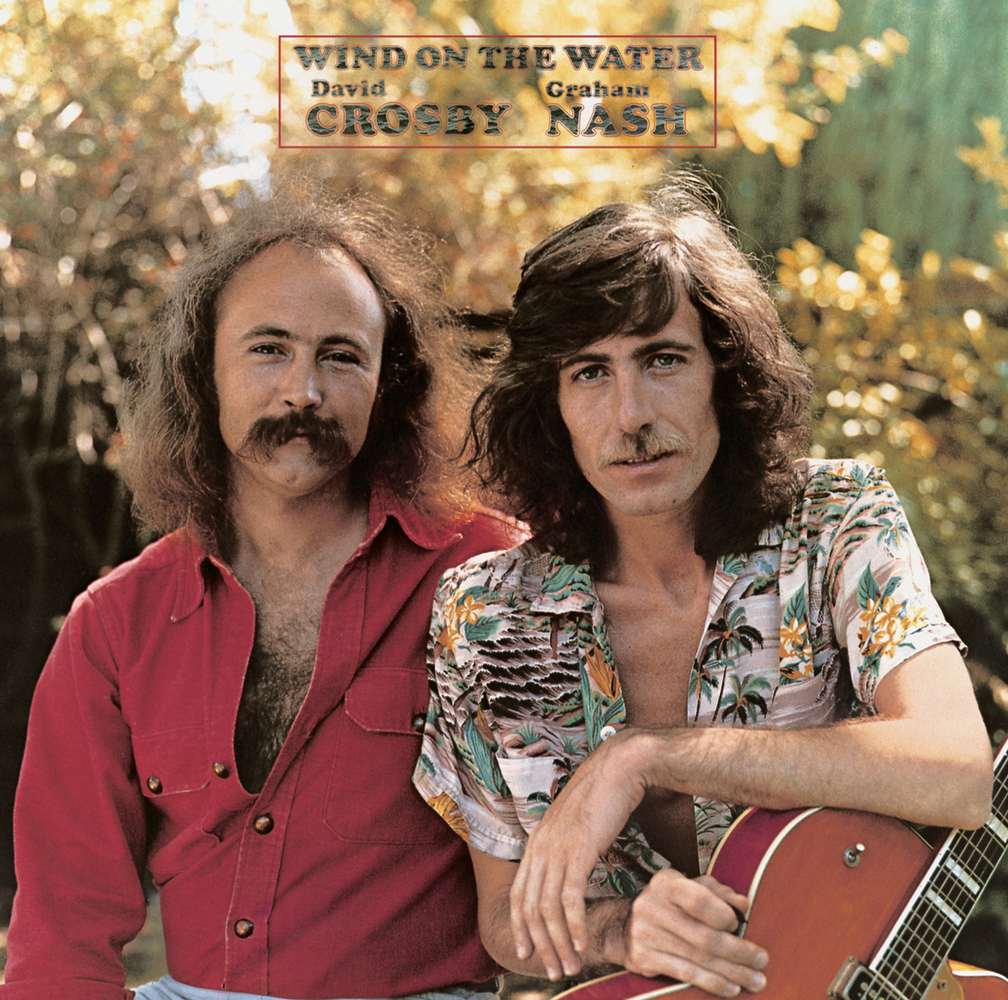 Wind On The Water

Available in 96 kHz / 24-bit AIFF, FLAC high resolution audio formats
Wind on the Water is the second album by Crosby & Nash, released on ABC Records in 1975. Cassette and 8-track tape versions of the album were distributed by Atlantic Records, to which Crosby, Stills, Nash & Young were signed. It peaked at No. 6 on the Billboard 200 album chart and was certified gold by the RIAA. Three singles were released from the album, "Carry Me," "Take the Money and Run," and "Love Work Out," of which only the first charted, peaking at #52 on the Billboard Hot 100 singles chart. After the summer 1974 tour by Crosby, Stills, Nash & Young, the quartet made a second attempt at a new CSNY studio album. Like the attempt from 1973, this proved fruitless, although the track "Through My Sails" showed up on the 1975 Zuma album by Neil Young. The quartet pursued their own directions, Young forming a new version of Crazy Horse to record Zuma, and Stephen Stills resuming his solo career with a new album in early 1975. David Crosby and Graham Nash opted to reactivate the partnership that had yielded tours in 1971 and 1973 and an album in 1972. This time they made it a going concern, signing a three-album deal with ABC Records, of which this album was the first of their contract.
96 kHz / 24-bit PCM – Geffen Studio Masters