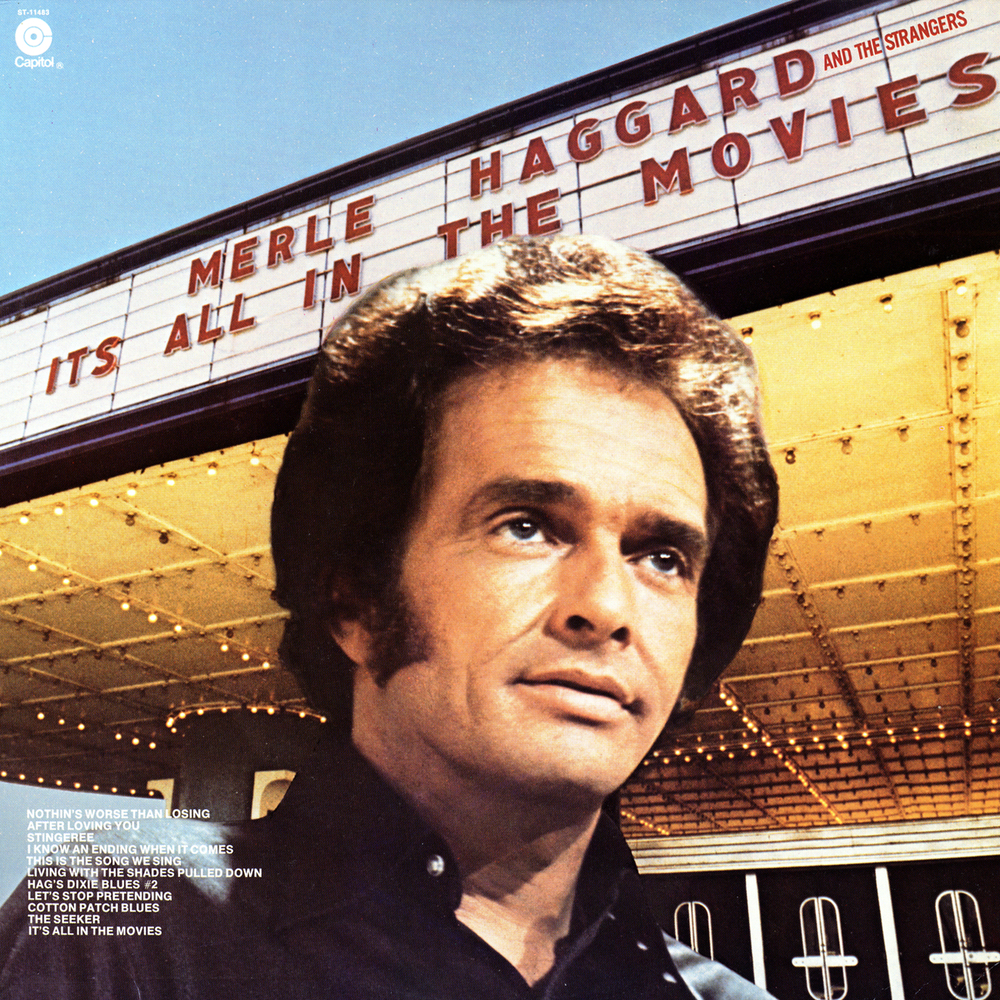 It's All In The Movies

Available in 96 kHz / 24-bit AIFF, FLAC high resolution audio formats
It's All in the Movies is the nineteenth studio album by American country singer Merle Haggard and The Strangers, released in 1976. The album's title track became Haggard's eighth consecutive #1 country single and features the same pop-oriented sound that producer Ken Nelson had employed on the singer's recent chart topper "Always Wanting You." Two songs, "Stingeree" and "Hag's Dixie Blues, No. 2," had been recorded for a 1973 studio album I Love Dixie Blues, a project Haggard scrapped after deciding to record a live album in New Orleans.
96 kHz / 24-bit PCM – Capitol Nashville Studio Masters