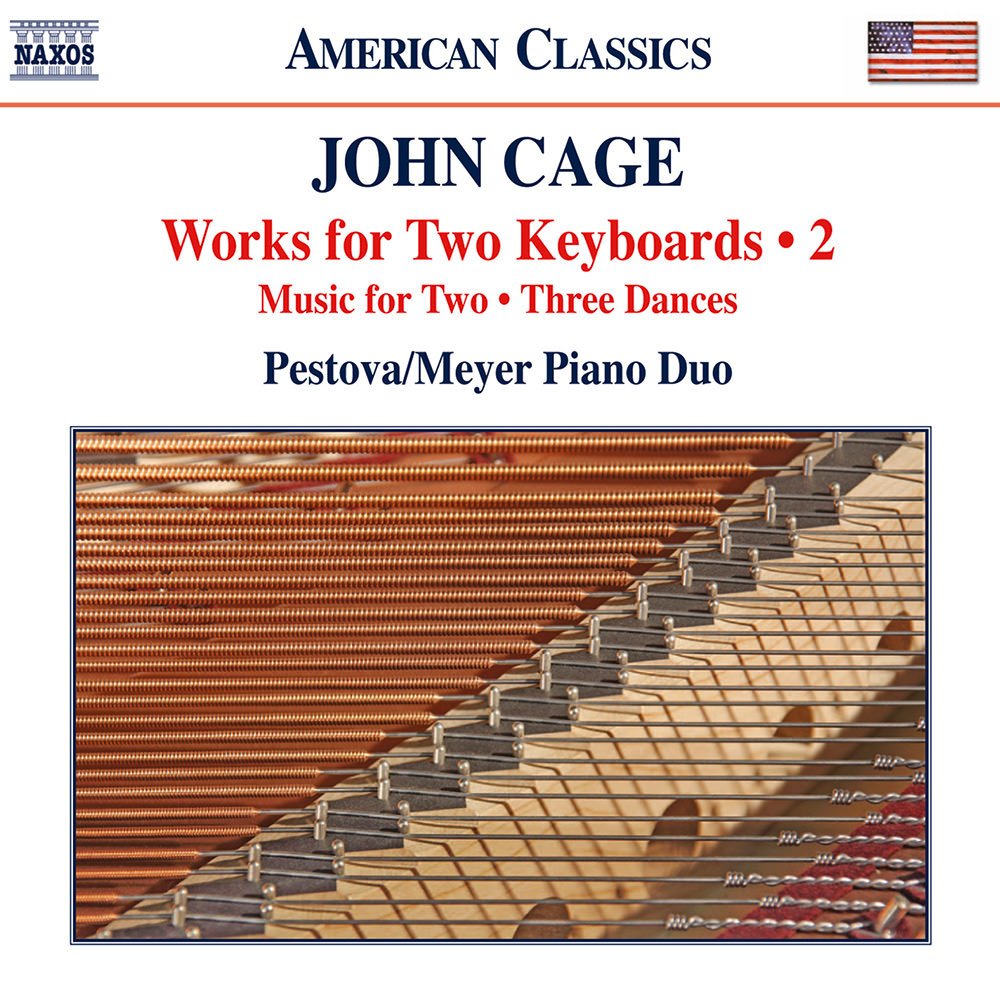 "These are some of the most inspired performances I've heard of Cage for piano. Pestova/Meyer triumph! Spellbinding!"
- Classical Modern Music

John Cage’s practicality transformed the piano into a full percussion orchestra and a workbench for sonic experimentation. Three Dances is one of his most ambitious works for prepared piano, often involving spectacular virtuosity and exciting wildness of texture and color. Striking the balance which shows Cage’s mastery of form and sensitivity in instrumentation, Music for Two includes bowed piano techniques that create shifting tapestries of subtle expression, making for some of the most exquisite and moving chamber music of the late 20th century. This is the second of a three volume series of Cage's complete works for two keyboards, recorded by Xenia Pestova and Pascal Meyer who have been praised for their sensitivity, clarity, intelligence and exquisite coordination.
88.2 kHz / 24-bit PCM – Naxos Studio Masters