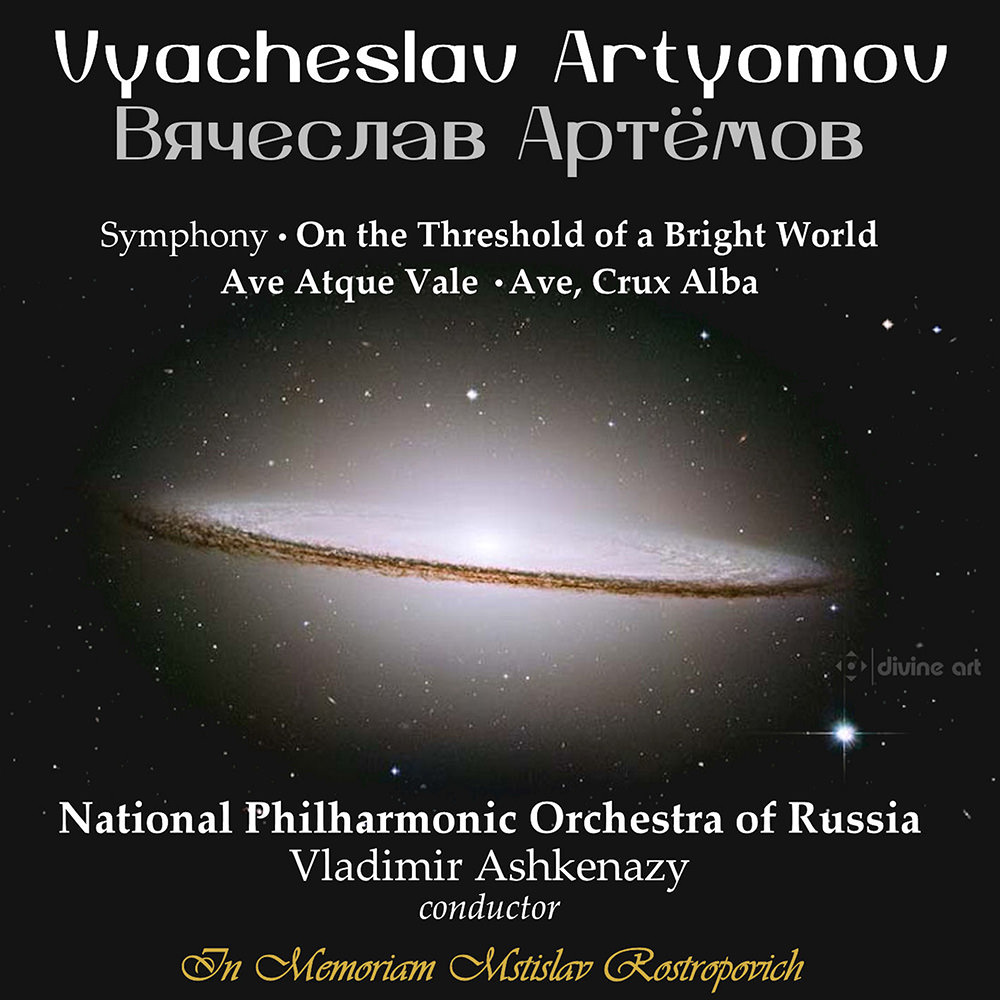 Vyacheslav Artyomov is considered by many to be Russia’s greatest living composer. After the fall of the Soviet regime his music has travelled the world to great acclaim. It is deep, ultimately spiritual and brilliantly crafted, with influences from the Russian symphonic tradition colored by Mahler, Honegger and Messiaen to name a few- but melded into a unique voice. This is one of a pair of related albums and contains a Symphony which is the second of his gigantic symphonic tetralogy “Symphony of the Way,” commissioned by Mstislav Rostropovich to whose memory the release is dedicated. The symphony is accompanied by another major work, Ave Atque Vale for percussion and orchestra, and the much more traditional Ave, Crux Alba- a setting of the Hymn of the Knights of Malta. The conductor, Ashkenazy, needs no introduction, being one of the most lauded and accomplished figures in music today. Overall, these world premiere recordings comprise a release of high importance in the symphonic repertoire.
44.1 kHz / 24-bit PCM – Divine Art Studio Masters