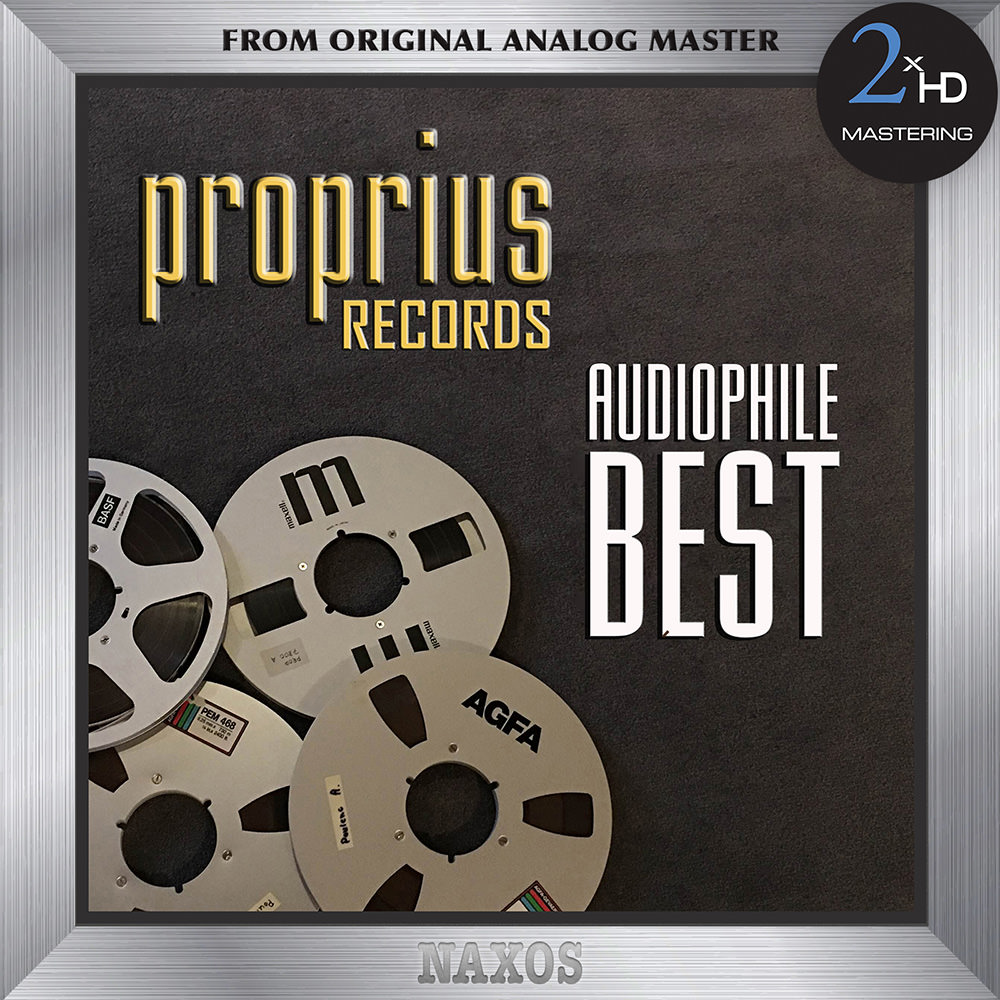 In an advertisement for Proprius some years ago, Proprius founder Jacob Boëthius wrote: “A small record company can’t afford to put out bad discs. And you, the music lover, must be confident that what you buy is good”. He was aware that, in the final analysis, quality is what counts with regard to clients, record buyers, artists and sound engineers. This statement is mirrored totally in the 2xHD philosophy. Proprius Records has always produced some of the most lifelike and incredibly realistic-sounding recordings available; from the mid-seventies on, it became pretty obvious to audiophiles that just about everything released by the label was a treasured commodity. With every recent advance in technology over the last couple of decades, these most highly regarded and sought-after recordings have been re-released with regularity; most everyone out there has probably gladly bought them several times over in several different formats. Now remastered in the optimum resolution from the original analogue tapes, using the 2xHD proprietary system, the two audiophile labels, Proprius and 2xHD share an incomparable desire to reproduce and present the highest quality and most emotional listening experience.
192 kHz / 24-bit, 96 kHz / 24-bit PCM and 11.2896 MHz, 5.6448 MHz, 2.8224 MHz DSD – 2xHD - Naxos Studio Masters

For the 2xHD transfer of this recording, the original 1/4”, 15 ips CCIR master tape was played on a Nagra-T modified with high-end tube playback electronics, wired with OCC silver cable from the playback head direct to a Telefunken EF806 tube. The Nagra T has one of the best transports ever made, having four direct drive motors, two pinch rollers and a tape tension head. We did an analogue transfer for each high-res sampling and A & B comparisons were made with the original LP, using the KRONOS turntable with a BLACK BEAUTY tone arm.