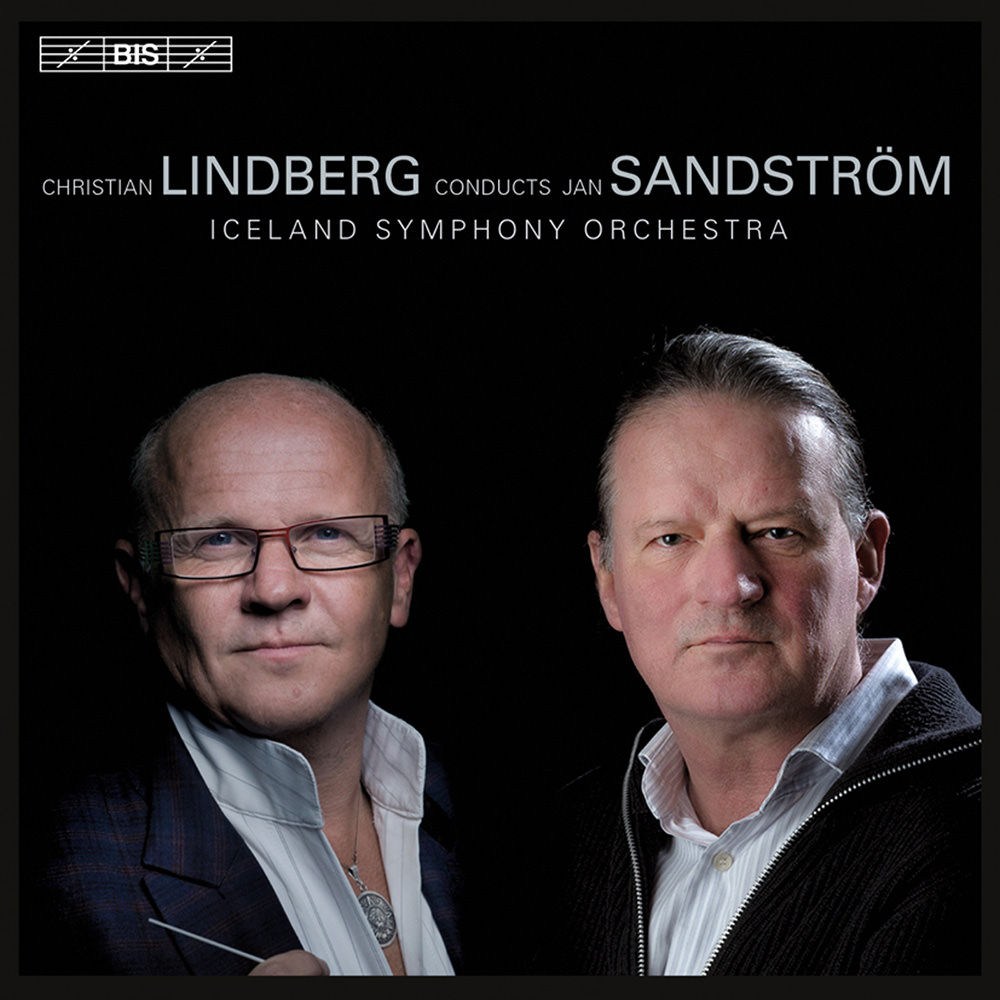 "(Sandström) does have personal imagination that puts his stamp on whatever he decides to be the subject of a piece ... he’s definitely an entertainer, but one who possesses real personal integrity. Fantastic performances throughout. Lindberg obviously has lived with this music and has a deep understanding of it."
- Fanfare

"... full of marvellous contemporary music, plain and simple ... orchestration both colourful and meaningful ... (trombonist Christian Lindberg) conducts it as well as he plays it. The Iceland Symphony has developed over the years into a fine group, especially in contemporary works and they play with conviction and security, attacking even the strangest sounds with purposeful abandon. Finally, as usual from BIS, the engineering is first rate. Great fun."
- ClassicsToday.com

Jan Sandström's Motorbike Concerto for trombone and orchestra is one of the most played Swedish orchestral pieces of all times, with more than 600 performances since its premiere in 1989. The concerto was the first major collaboration between composer Sandström and trombone virtuoso Christian Lindberg, a partnership which has evolved over the years leading up to this 2011 release. Lindberg here conducts the Iceland Symphony Orchestra on four selections reflecting Sandström’s trajectory as a writer for orchestra, from the late '70s Era to Ocean Child in its revised 2004 version, inspired by a snorkelling trip the composer made with his daughter to Thailand. Sandström himself has called the work "a tribute to life, to curiosity and childish naïvety."
44.1 kHz / 24-bit PCM – BIS Studio Masters