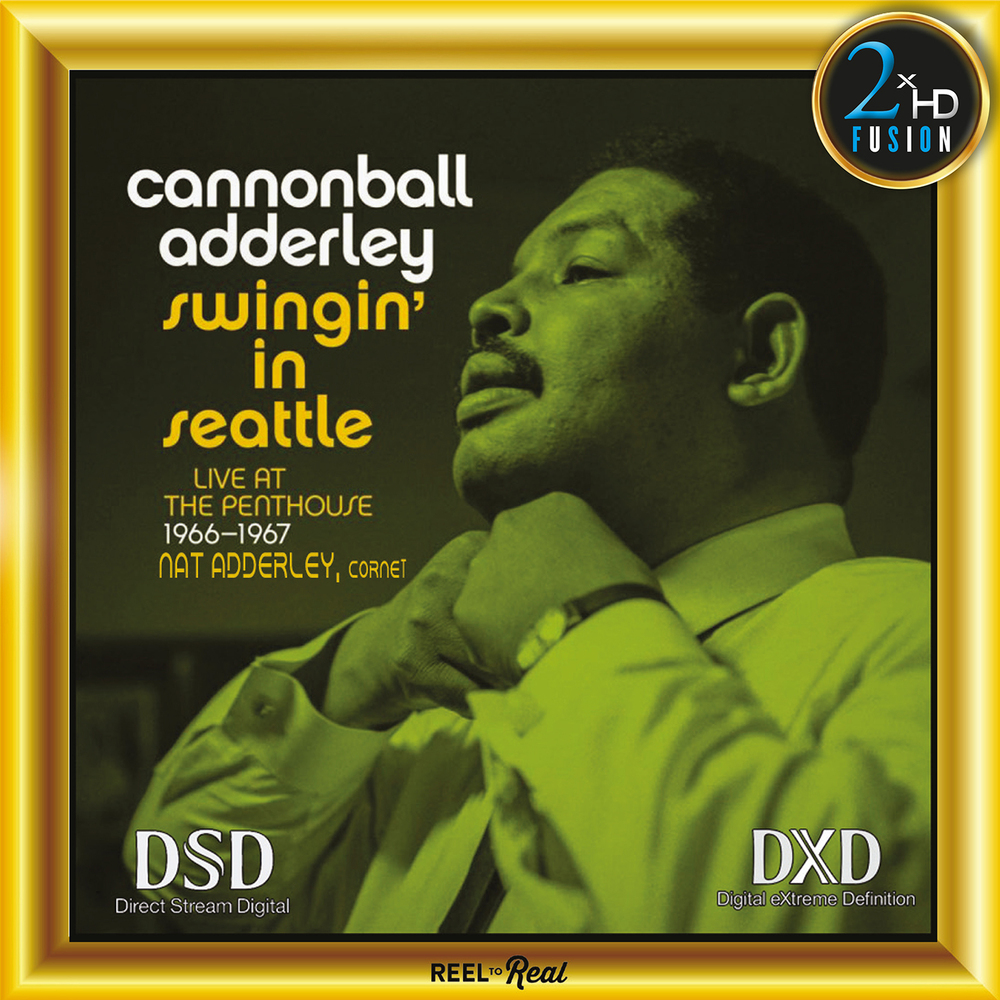 Available in 192 kHz / 24-bit, 96 kHz / 24-bit AIFF, FLAC and 11.2896 MHz, 5.6448 MHz, 2.8224 MHz DSD high resolution audio formats
Swingin' in Seattle: Live at the Penthouse (1966-1967) is a collection of previously un-issued recordings by the Cannonball Adderley quintet captured live at the height of his powers over 4 nights at the famous Penthouse Jazz Club in Seattle, WA between 1966 and 1967. Just one week later, Adderley would record his classic Mercy, Mercy, Mercy: Live at ''The Club'' album at the Capitol Records studio in Hollywood, CA. Features Cannonball Adderley on alto saxophone, Nat Adderley on coronet, Joe Zawinul on piano, Victor Gaskin on bass and Roy McCurdy on drums. The extensive booklet includes rare photos by Tom Copi, Ray Avery, Lee Tanner and others; essays by music journalist Bill Kopp and original recording engineer/Seattle radio DJ Jim Wilke; interviews with drummer Roy McCurdy, Cannonball's widow Olga Adderley Chandler and saxophonist Vincent Herring; plus much more! This 2xHD version of the album is present via their patented, state of the art analog remastering and high-fidelity digital transfer. It is the most accurate and the most musical mastering system available today, earning recognition from peers and from the specialized trade publications around the world.
192 kHz / 24-bit, 96 kHz / 24-bit PCM and 11.2896 MHz, 5.6448 MHz, 2.8224 MHz DSD – 2xHD Studio Masters