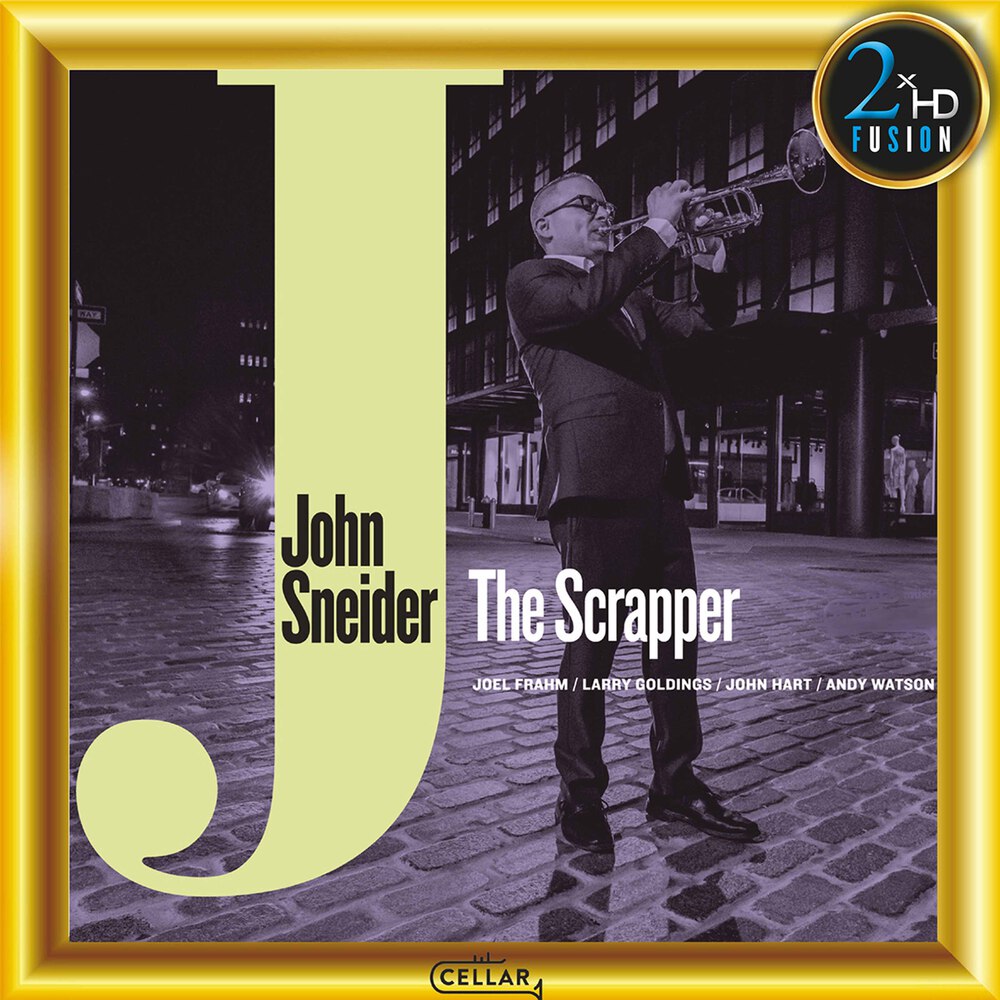 Available in 192 kHz / 24-bit, 96 kHz / 24-bit AIFF, FLAC and 11.2896 MHz, 5.6448 MHz DSD high resolution audio formats
The Scrapper, John Sneider's first album released under his own name in 20 years, finds him re-united with his original band. He's among friends, doing what he loves: swinging. A lot can change in 20 years, but some things remain constant. For John Sneider, that includes the rhythm section of Larry Goldings on organ, Andy Watson on drums and John Hart on guitar, all of whom appeared on his first record. A long time leader of his own groups, Sneider has performed with Max Roach, Curtis Fuller, The Mingus Big Band, The Frank Foster All-Star Big Band, Clark Terry, Cab Calloway, Andy Bey, Brad Mehldau, and Larry Goldings. This 2xHD version of the album is present via their patented, state of the art analog remastering and high-fidelity digital transfer. It is the most accurate and the most musical mastering system available today, earning recognition from peers and from the specialized trade publications around the world.
192 kHz / 24-bit, 96 kHz / 24-bit PCM and 11.2896 MHz, 5.6448 MHz DSD – 2xHD Studio Masters