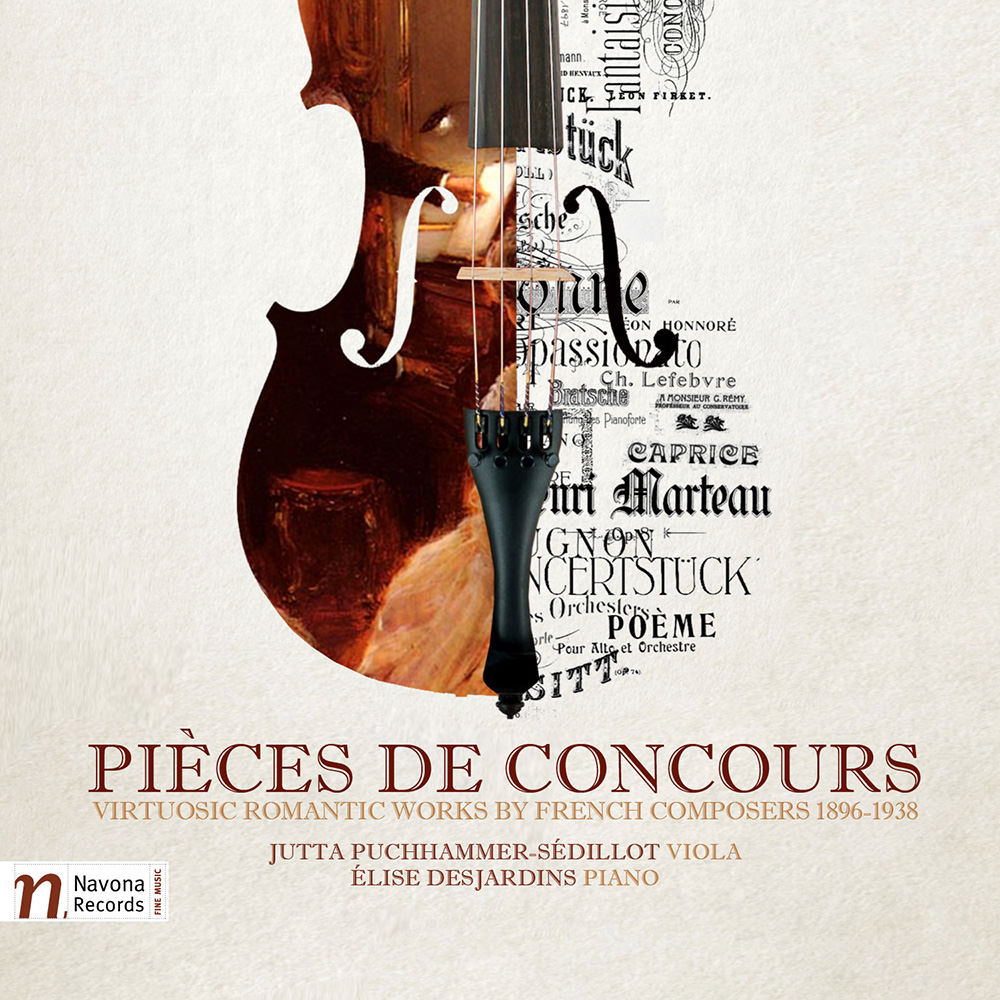 Available in 96 kHz / 24-bit AIFF, FLAC high resolution audio formats
Violist Jutta Puchhammer's album "Pièces de concours" is a treasure trove of late romantic French viola music. Originating as exam compositions for students enrolled at the Conservatoire Superieur de Paris from 1896-1938, this album demonstrates Puchhammer's peerless virtuosity as a performer, as well as the expressive range of her instrument, which was largely dismissed by the mainstream of eighteenth and nineteenth century composers. Romanian-born composer Stan Golestan's "Arioso et Allegro" marks an interesting departure from these other works, as it reflects the new aesthetics of the twentieth century. Arioso et Allegro is dominated by pentatonic scales, which may suggest the influence of indigenous Asian musics, Eastern European folk music, or American jazz, which took France by storm in the 1920s and 30s.
96 kHz / 24-bit PCM – Navona Studio Masters