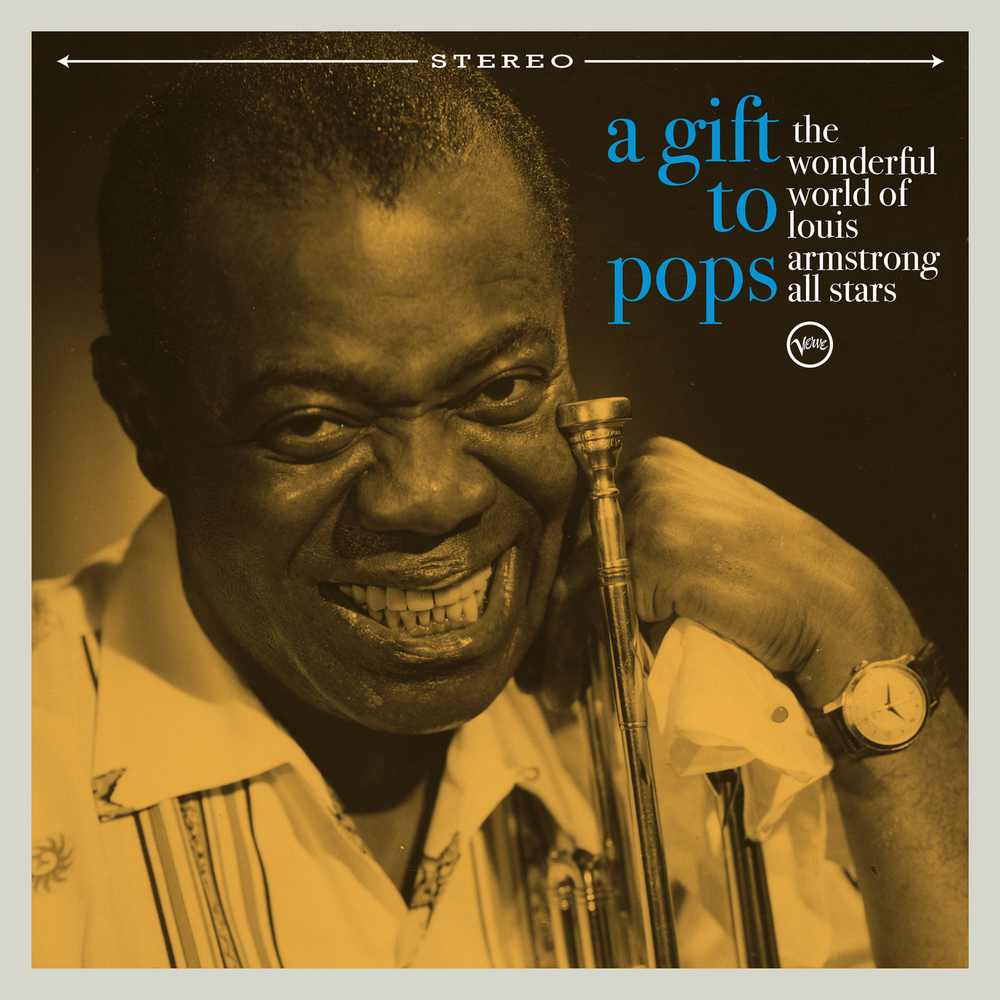 A Gift To Pops

The Wonderful World of Louis Armstrong All Stars

Available in 96 kHz / 24-bit AIFF, FLAC high resolution audio formats
The A-list ensemble The Wonderful World of Louis Armstrong All Stars release their tribute album to the great musician, A Gift To Pops, via Verve Records. It celebrates the continuing influence and undying legacy of the jazz giant and storied entertainer, 50 years after his death in 1971, with special guests including Wynton Marsalis and Common. The group is comprised largely of stellar Crescent City musicians, who have inventively re-envisioned music associated with the trumpeter and vocalist during his five-decade career. A Gift To Pops includes new arrangements and performances of tunes ranging from “The Peanut Vendor” (recorded by “Satchmo” in 1930) to his late-period No.1 “What a Wonderful World,” the most successful recording of his career). “We decided to make a recording that captures the essence of Pops,” says co-producer and band member Wycliffe Gordon. “We wanted to perform the music the way he might have played it if he were still alive. We all had ideas for how to pull this off, by including songs influenced by gospel, the blues, the traditional brass band sounds, popular music and rap.”
96 kHz / 24-bit PCM – Verve Studio Masters