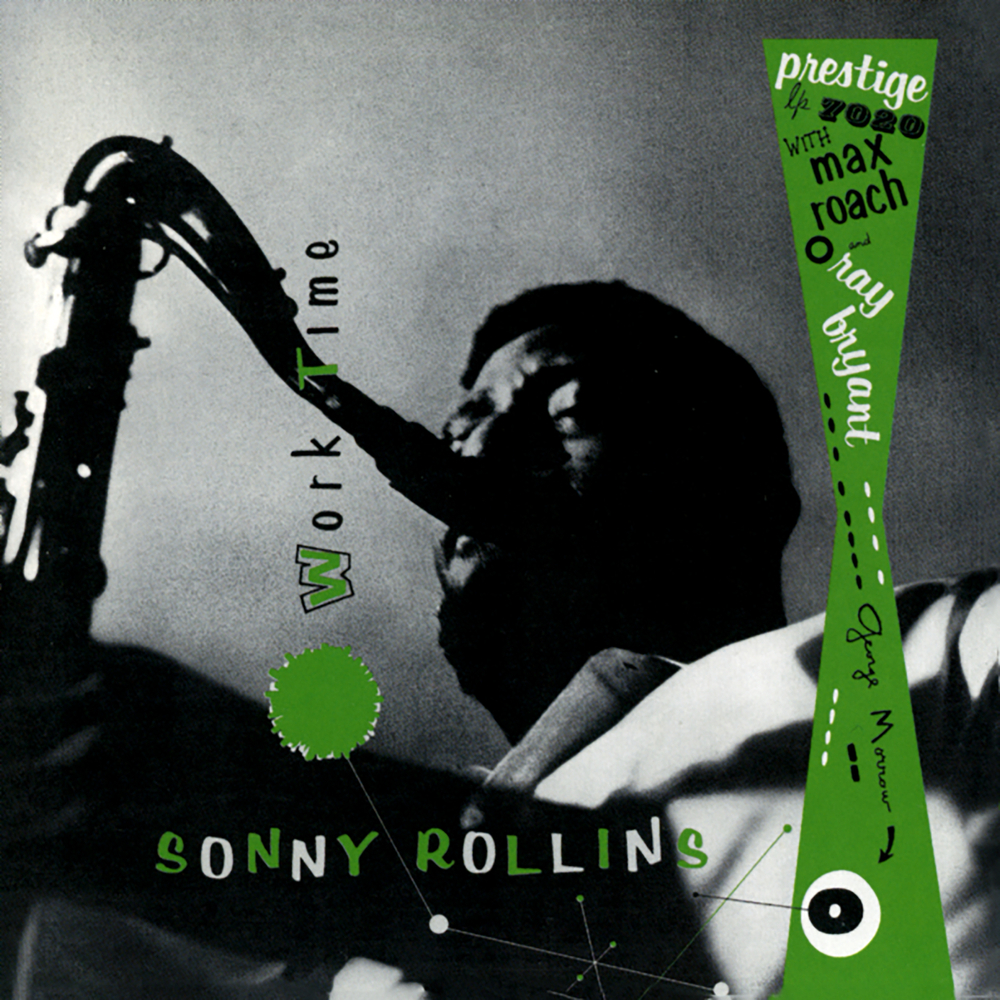 Available in 192 kHz / 24-bit, 96 kHz / 24-bit AIFF, FLAC high resolution audio formats
With all due respect to the other important tenor saxophonists of the 1950s, Theodore Walter "Sonny" Rollins was the tenor of those times. During the Eisenhower era, Rollins (b. 1930) forged a string of albums that can stand with the sustained work of any major improviser on any instrument. In particular, his recordings for several independent jazz labels, beginning with 1954’s Work Time - released on Prestige, his most frequent recording affiliation during this period. Here is the musician sometimes known as "Saxophone Colossus," in studios on both coasts and in consistently, commensurately brilliant company, including Thelonious Monk, Max Roach, Kenny Dorham, Sonny Clark, Clark Terry, Abbey Lincoln, and Ray Brown. All the elements of Rollins’s style–the muscular tone and flashing wit, the harmonic acumen and untethered rhythmic sense, the encyclopedic knowledge of popular songs and unaccompanied solos–are here, fully formed. Four-plus decades after these performances were made, and as he approaches his 70th birthday in the year 2000, Sonny Rollins’s inventiveness remains unsurpassed.
192 kHz / 24-bit, 96 kHz / 24-bit PCM – Craft Recordings Studio Masters