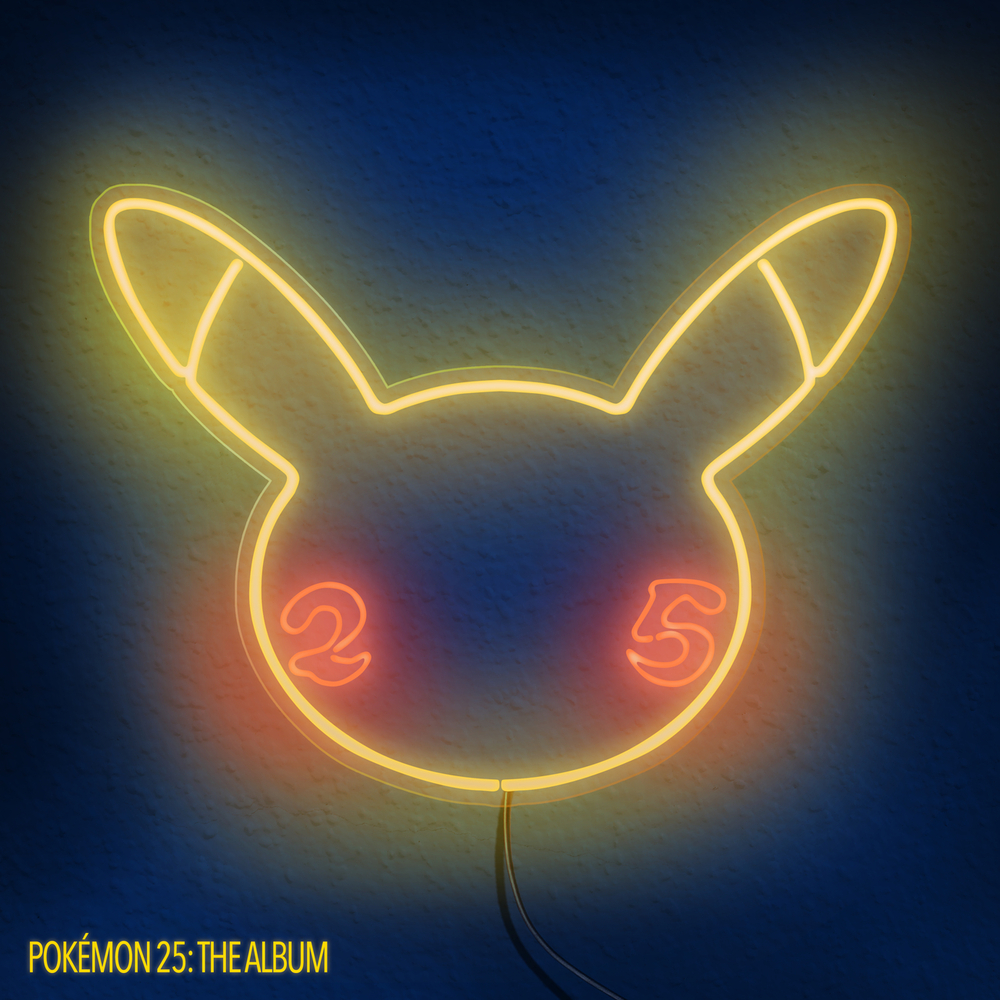 Available in 44.1 kHz / 24-bit AIFF, FLAC audio formats
Pokémon 25: The Album is released by Capitol Records/Universal Music Canada, the country's leading music company as part of a massive, yearlong music campaign from The Pokémon Company International in partnership with Universal Music Group. The 25th anniversary celebration kicked off with Post Malone’s “Only Wanna Be with You – Pokémon 25 Version” surprise cover of the Hootie and the Blowfish smash ’90s hit, ‘performed’ during Pokémon’s P25 Music virtual concert in February 2021. Pop icon Katy Perry unveiled her anthemic original lead single for the album, “Electric,” in May. New songs by Vince Staples (“Got 'Em”’), Cyn (“Wonderful”) and Mabel (“Take It Home”) – collected on The Red EP – followed in August, along with Louane’s “Game Girl.” The compilation also features new tracks by J Balvin, Lil Yachty, Jax Jones with Sinead Harnett, Yaffle (Japanese artist/producer based in Tokyo), and Tierra Whack plus ZHU’s alternate versions of the songs of The Red EP, which were featured on The Blue EP, released last month. “P25 Music has been an incredible journey in which we’ve been able to collaborate with so many amazing musicians to help us celebrate 25 years of Pokémon,” said Colin Palmer, vice president of marketing, The Pokémon Company International. “As we countdown to the launch of Pokémon 25: The Album and the culmination of this yearlong adventure, we’re looking forward to Lil Yachty, Tierra Whack, and Jax Jones joining the party and adding their own unique sounds and fresh takes on Pokémon inspired songs to this celebratory compilation.”
44.1 kHz / 24-bit PCM – Capitol Records Studio Masters