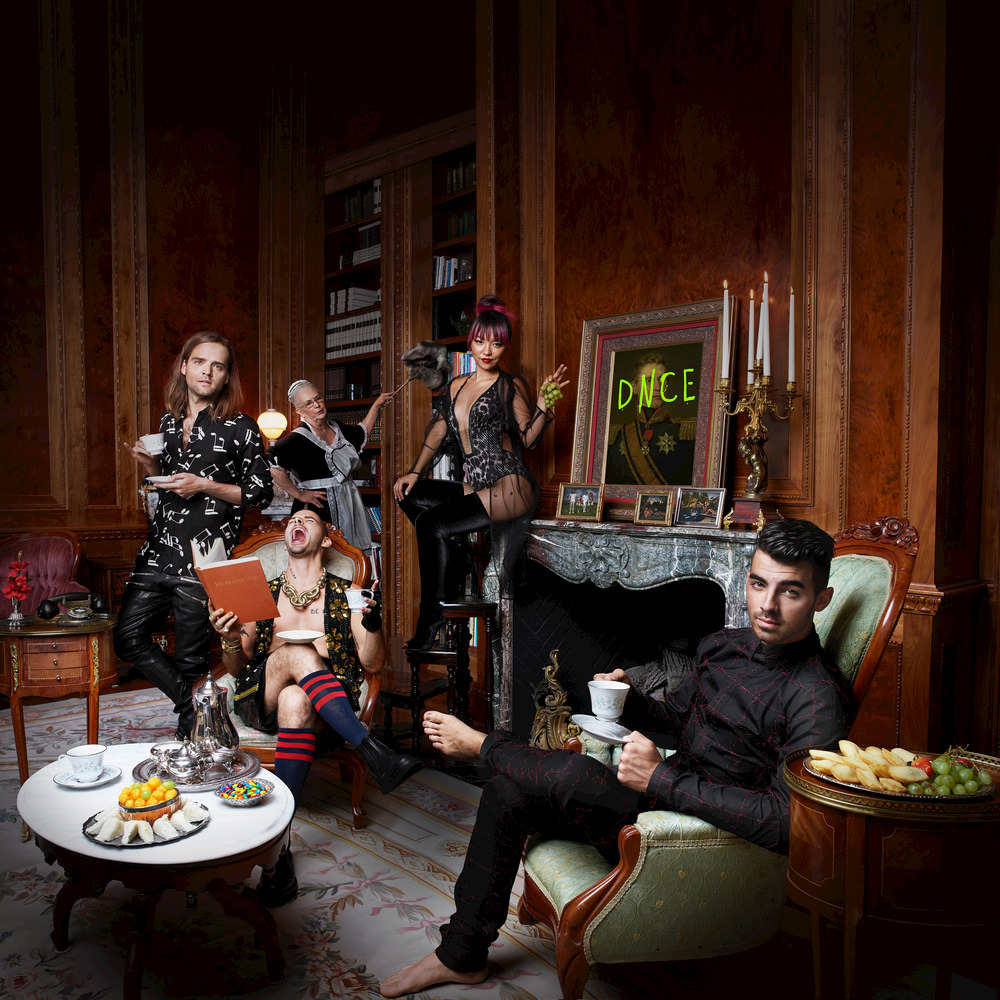 Available in 44.1 kHz / 24-bit AIFF, FLAC audio formats
Billboard 200 - #17, 2016 UK Singles Chart - #4, 2015 - Cake By The Ocean Billboard Hot 100 - #9, 2015 - Cake By The Ocean "... DNCE is ready to prove they're more than a one-hit wonder or even a vanity project from former boy band leader Joe Jonas ... packs punches with cheeky lyrics and cheesy come-ons above Chic-esque grooves ... a mature spin on the boy band formula that worked so well for Jonas and his brothers in the past ... DNCE's greatest strength is never taking themselves too seriously ... in the end, they find that of all the throwback funk, R&B and bubblegum sounds they try on, 'fun' is ultimately the genre they have completely mastered." - Rolling Stone Assembled by frontman Joe Jonas in the summer of 2015, DNCE's all-star bandmates include bassist and keyboardist Cole Whittle, drummer Jack Lawless and South Korean guitarist JinJoo, who has toured with the Jonas Brothers, Charli XCX and CeeLo Green. This highly-anticipated self-titled debut album features the band's double platinum hit single Cake By The Ocean and Toothbrush, a viral video featuring supermodel Ashley Graham.
44.1 kHz / 24-bit PCM – Joseph Jonas/Republic Records Studio Masters