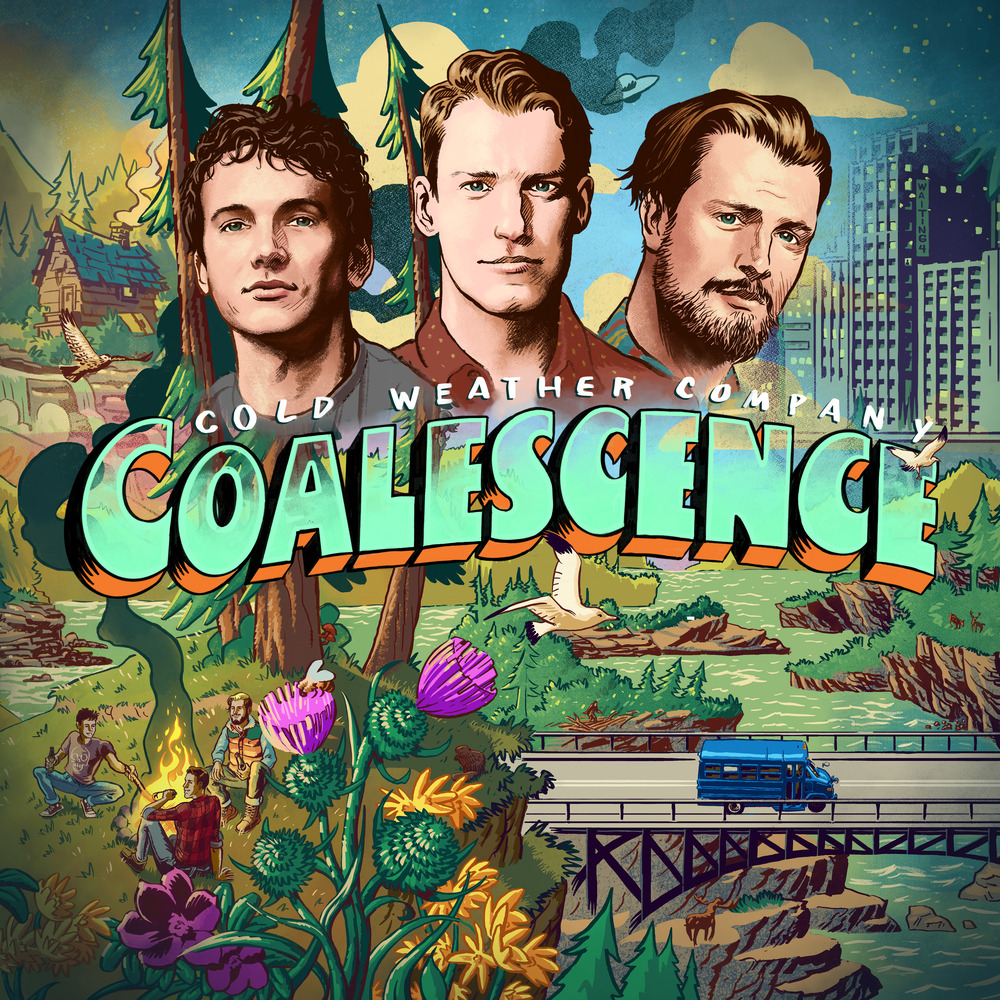 Available in MQA and 96 kHz / 24-bit AIFF, FLAC high resolution audio formats
"With their spot on songwriting and boisterous melodies, Cold Weather Company is set to follow in the alt-folk leaning sounds of Avett Brothers, Ben Howard George Ezra." - Glide Steadily building their artistic style and audience for the past seven years, Cold Weather Company carries a diverse sound, rich with harmonies and instrumental builds. The band combines the various writing approaches and influences of its three members, Brian Curry, Jeff Petescia, and Steve Shimchick, to create unique arrangements with intricate layering. Over the past few years, the band has earned over eight million cross-platform digital streams and supported acts such as Tall Heights, Jamestown Revival, and Juke Ross. On their fourth full-length album, Coalescence, Cold Weather Company continues to expand their acoustic-forward, alternative folk sound into new territory. With delicate additions of synths and electronic instruments, as well as a broadened palette of horns, percussion, strings, and harmonies, Coalescence explores each song down to its smallest sonic niche. Conceptually, the album revolves around growth by highlighting our capacity to better ourselves and our connections through introspection and reflection. Often occurring cyclically, especially in nature, the idea of growth also inspired the release process for the album which will be split into three parts, each representing a different conceptual facet.
96 kHz / 24-bit PCM – Deko Entertainment Studio Masters