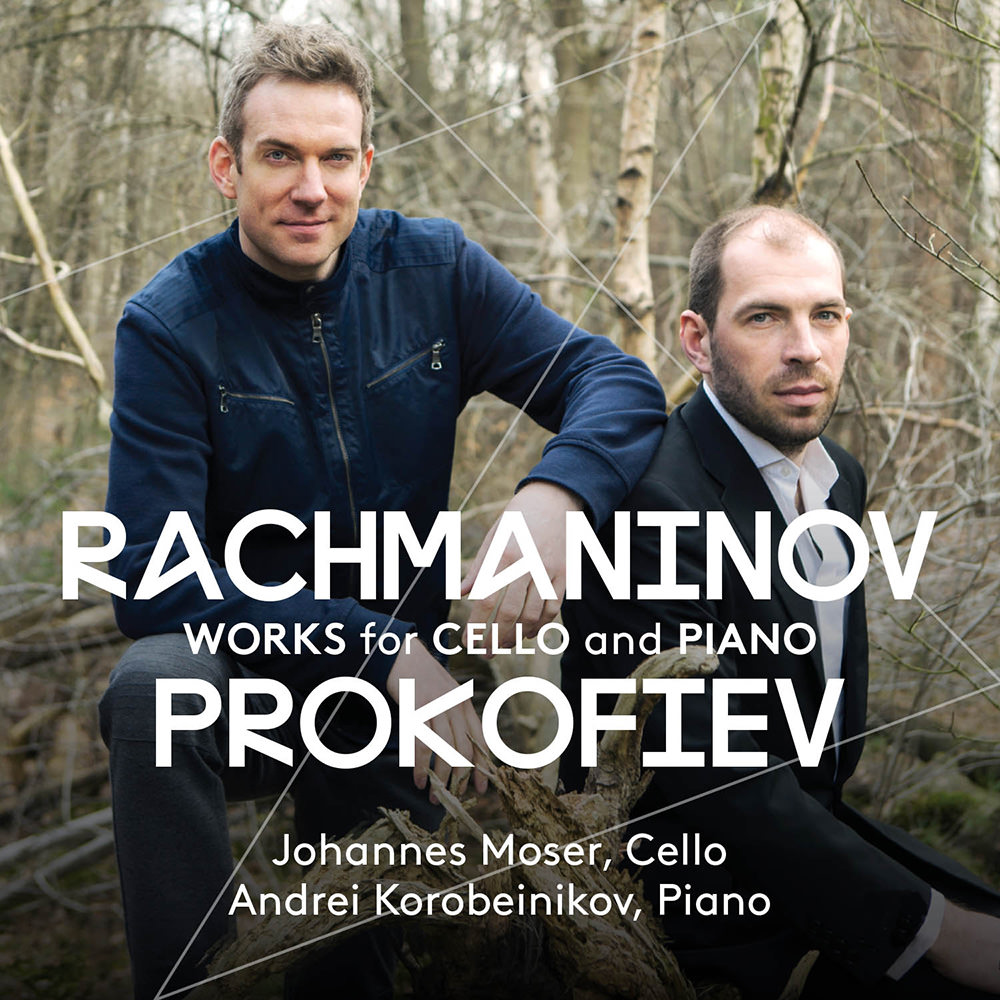 "... (Moser is) one of the finest among the astonishing gallery of young virtuoso cellists."
- Gramophone

The achingly beautiful, haunting lyricism of early Rachmaninov and the soaring effusiveness of late Prokofiev are glowingly brought to life here by German-Canadian cellist Johannes Moser and Russian pianist Andrei Korobeinikov. These richly expressive 20th century works were written during troubled periods in the composers’ lives: Rachmaninov’s arresting sonata, which he wrote following a nervous breakdown, is not unlike his perennially popular Second Piano Concerto, a journey from brooding melancholy to untrammelled joy with a transcendentally beautiful slow movement. Prokofiev composed his sonata while labouring under considerable hardship. It is by turns restrained and movingly lyrical, but the hair-raising final movement with its bravura passagework ends the piece in a blaze of defiance. On this recording Moser plays a cello made in 1694 by Andrea Guaneri.

"Both Rachmaninov and Prokofiev are genius musical storytellers. Both have their own very personal and individual language, but they are at the same time deeply rooted in the epic Russian tradition ... when we recorded the album, we were very inspired by images of wide open nature, Russian folklore, as well as the longing and humour that both composers share ... the Rachmaninov sonata is a piece that I’ve been avoiding for many years, because I was waiting for the right partnership. And so to have a champion of Rachmaninov’s music like Andrei ... it’s been very exciting for me to go on that journey with him."
- Johannes Moser
96 kHz / 24-bit PCM and 2.8224 MHz DSD – PentaTone Studio Masters