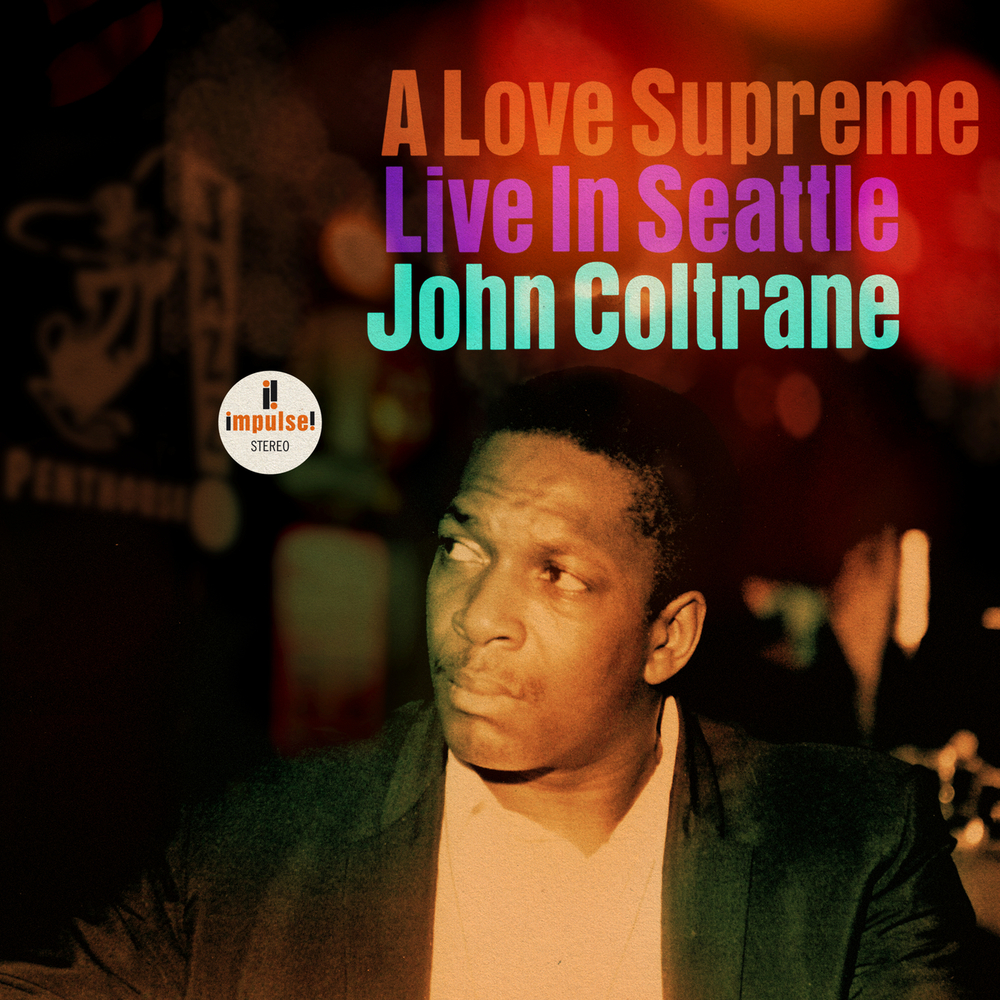 A Love Supreme: Live In Seattle

Available in 192 kHz / 24-bit AIFF, FLAC high resolution audio formats
"Coltrane’s high, wheeling theme statements and whooping repeated figures swap with Sanders’ split-note squeals and ferocious growls, the serpentine Resolution gets a flamethrowing horn workout, bass-duet interludes bring periodic tranquillity, and Sanders’ seesawing atonal figures and a molten Tyner solo dominate the 15-minute Pursuance before the leader’s beautiful tenor-sax soliloquy steals the show on the closing Psalm. Elvin Jones’s elemental muscularity is thunderously upfront in the mix, and Tyner often sounds like the man heading for the exit that he soon turned out to be – but this is a unique document of a landmark 20th-century band at a pivotal moment." - The Guardian This newly discovered live-recording of a performance of the Love Supreme suite is a revelation. Recorded at The Penthouse in Seattle on October 2, 1965, this recording transports the listener to a prime seat for piece of musical history. Brimming with live energy, the power of the performance shines through. This version is also of the full suite and features an expanded band that includes the same Classic Quartet and Pharoah Sanders in his first official gig as part of Coltrane’s group.
192 kHz / 24-bit PCM – Impulse! Studio Masters