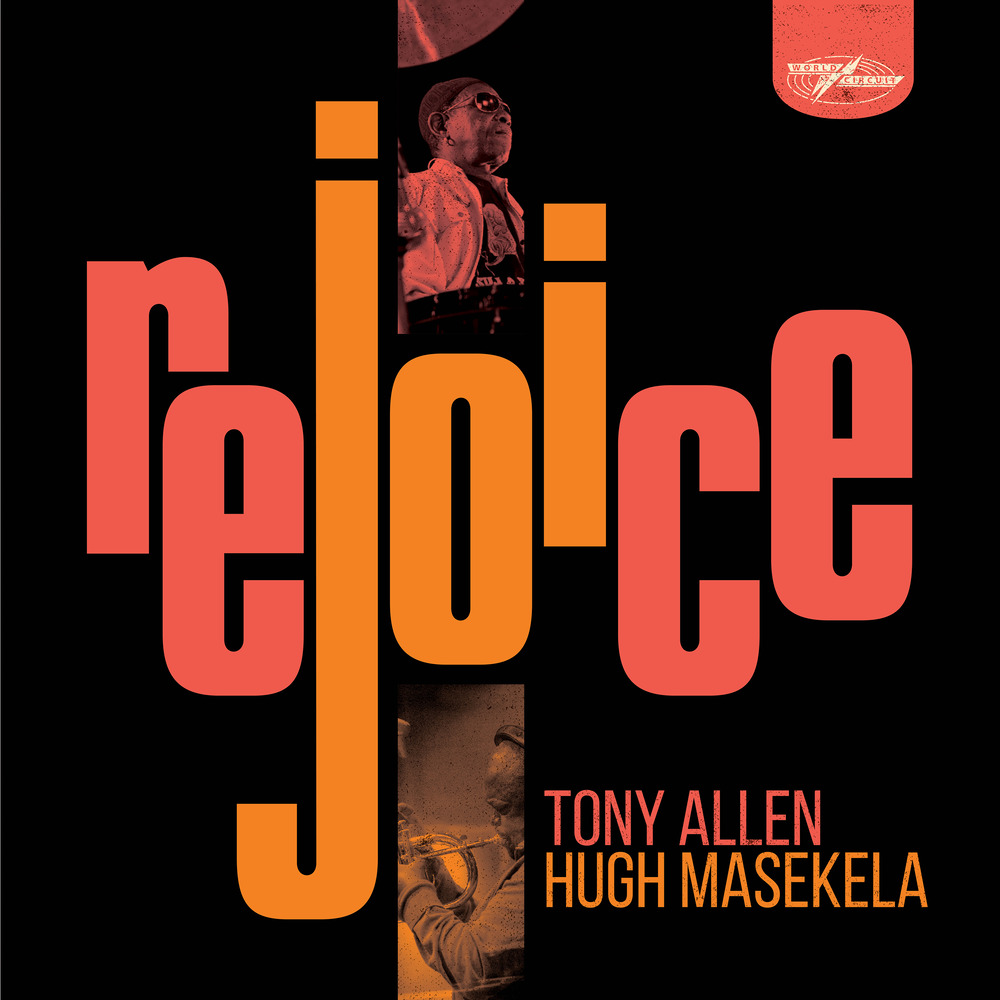 Available in MQA and 96 kHz / 24-bit AIFF, FLAC high resolution audio formats
"... if Rejoice is Afrobeat it is chamber Afrobeat: a minimalist version of a resolutely maximalist music, with faders on guitars pushed to zero and mostly vocals, so that all that remains is Allen’s drumming and Masekela’s brass, with the merest hints of bass and keyboards. It defies every maxim of the genre — the need to be relentlessly danceable, the imperative of a scabrous frontman [...] It is wonderful. Where most recordings of Africa ’70 push Allen’s drums to the back, Gold puts them at the centre of the sound, as if we are listening from inside the kit. Every rattle of snare is pin-drop sharp." - Financial Times Rejoice is a very special collaboration between Tony Allen, the legendary drummer and co-founder of Afrobeat, and Hugh Masekela, the master trumpet player of South African jazz. Having first met in the 70s thanks to their respective close associations with Fela Kuti, the two world-renowned musicians talked for decades about making an album together. When, in 2010, their touring schedules coincided in the UK, the moment presented itself and producer Nick Gold took the opportunity to record their encounter. The unfinished sessions, consisting of all original compositions by the pair, lay in archive until after Masekela passed away in 2018. With renewed resolution, Tony Allen and Nick Gold, with the blessing and participation of Hugh Masekela’s estate, unearthed the original tapes and finished recording the album in summer 2019 at the same London studio where the original sessions had taken place. Rejoice can be seen as the long overdue confluence of two mighty African musical rivers – a union of two free-flowing souls for whom borders, whether physical or stylistic, are things to pass through or ignore completely. According to Allen, the album deals in “a kind of South African-Nigerian swing-jazz stew”, with its roots firmly in Afrobeat. Allen and Masekela are accompanied on the record by a new generation of well-respected jazz musicians including Tom Herbert (Acoustic Ladyland / The Invisible), Joe Armon-Jones (Ezra Collective), Mutale Chashi (Kokoroko) and Steve Williamson. For this Special Edition, World Circuit have gone back to the original 2010 mixes and added previously unheard parts from the 2019 sessions to create 8 reimagined bonus mixes, dubbed the "Cool Cats" mixes.
96 kHz / 24-bit PCM – World Circuit Studio Masters