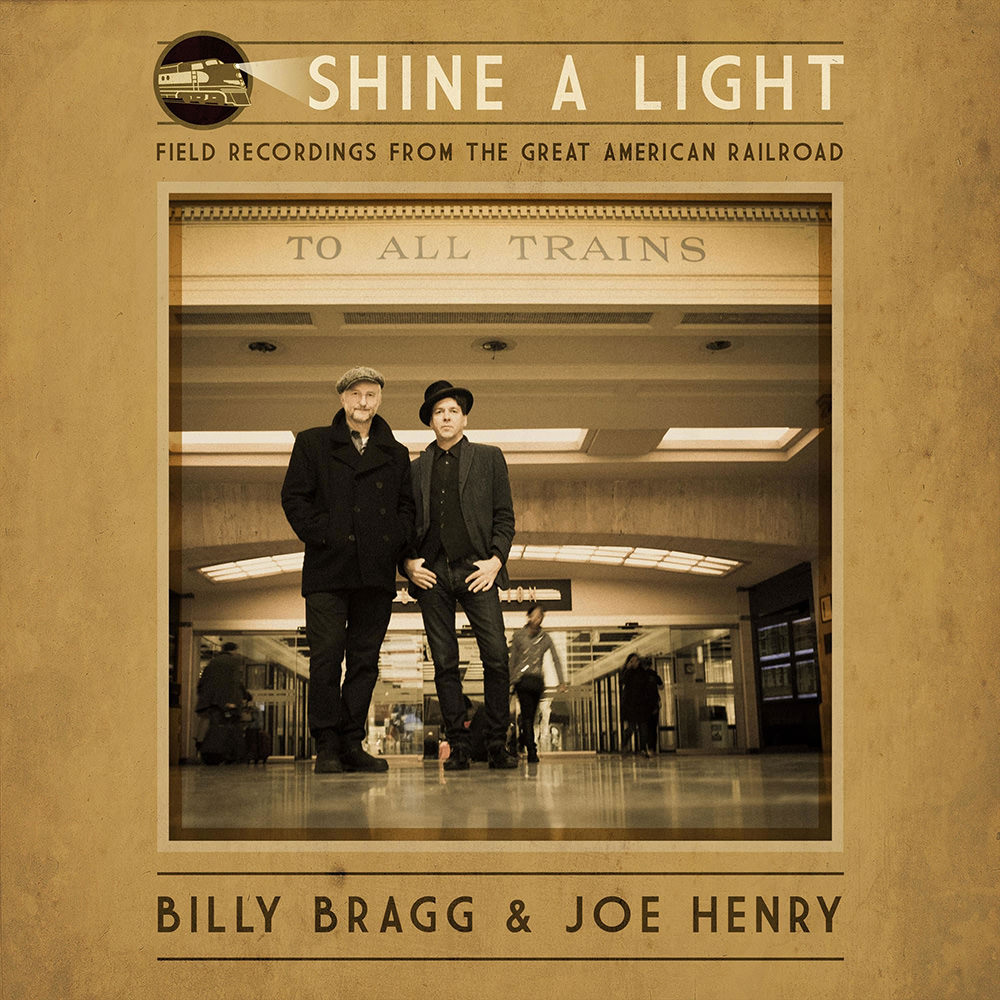 Shine a Light: Field Recordings from the Great American Railroad

"... a resounding statement on the foundation of one of the greatest achievements of American backbone and its influence on the world."
- PopMatters.com

"... a railroad trip to the blues ... the combination of background sounds and voices from Essex and North Carolina brings a Transatlantic feel to songs steeped in Americana ... it sounds like it was a lot of fun, the pair alternating and sharing vocals ... they’re more than train songs and brim with tales of capitalist enslavement and hopes of freedom ... the tender treatment of John Hartford’s Gentle on My Mind (is a revelation.)"
- The Guardian

In March 2016, British indie singer-songwriter Billy Bragg and his American counterpart Joe Henry boarded a Los Angeles-bound train at Chicago’s Union Station, guitars in hand, looking to reconnect with the culture of American railroad travel and the music it inspired. Winding along more than 2700 miles of track over four days, the pair recorded classic railroad songs in waiting rooms and at trackside while the train stopped to pick up passengers.
96 kHz / 24-bit PCM – Cooking Vinyl Studio Masters