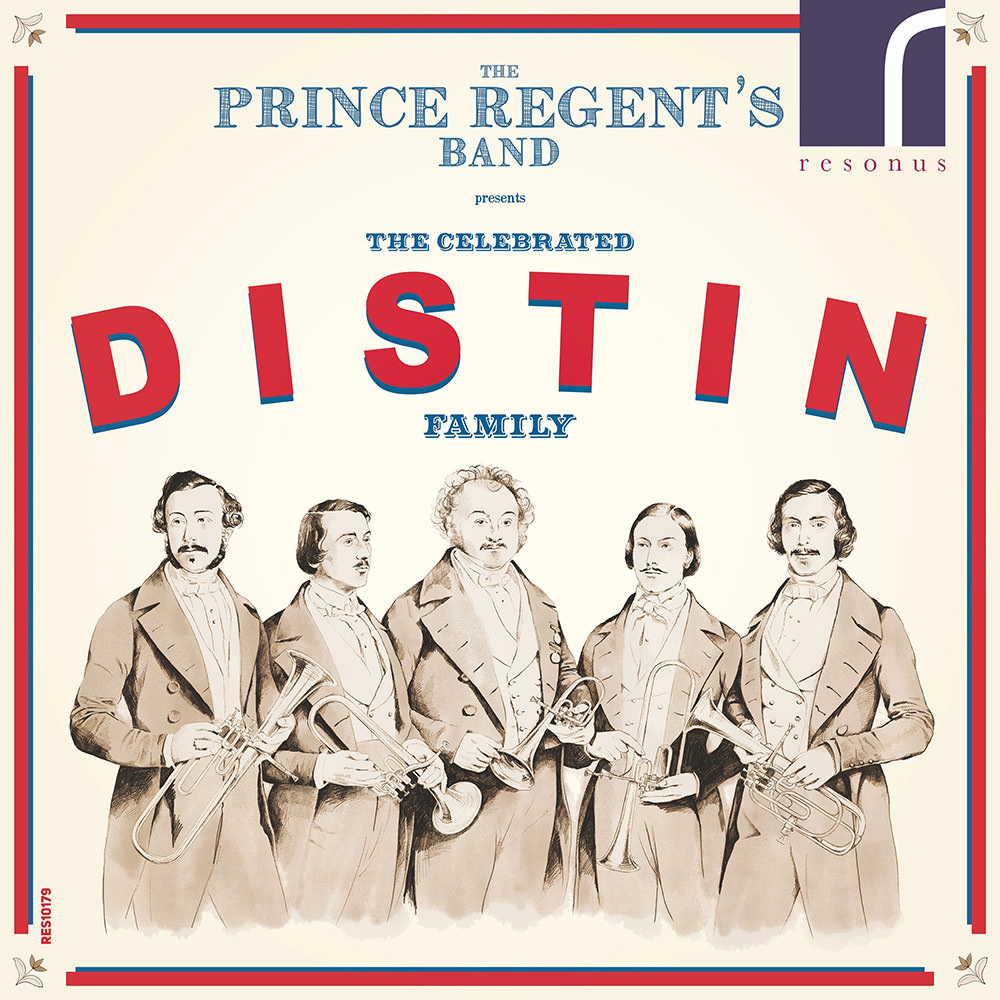 Available in 96 kHz / 24-bit AIFF, FLAC high resolution audio formats
"... I confess I was a little taken aback to hear Handel’s Let the Bright Seraphim played with these instruments: an extraordinary sound! The playing is superb, the five players producing an excellent consort sound. This is a fascinating little glimpse into a little-known part of musical history." - Early Music Review During the mid-19th century the Distin Family blazed a trail across Europe and North America performing countless concerts and promoting new and exciting designs of brass instruments. Thanks to a chance meeting with Adolphe Sax in Paris in 1844, the group adopted the new valved brass instruments, in particular the saxhorn. On this debut album, period brass ensemble the Prince Regent’s Band recreates the lost Distin Family repertoire with its unique collection of original saxhorns and other fascinating brass instruments of the era.
96 kHz / 24-bit PCM – 2016 Resonus Limited Studio Masters