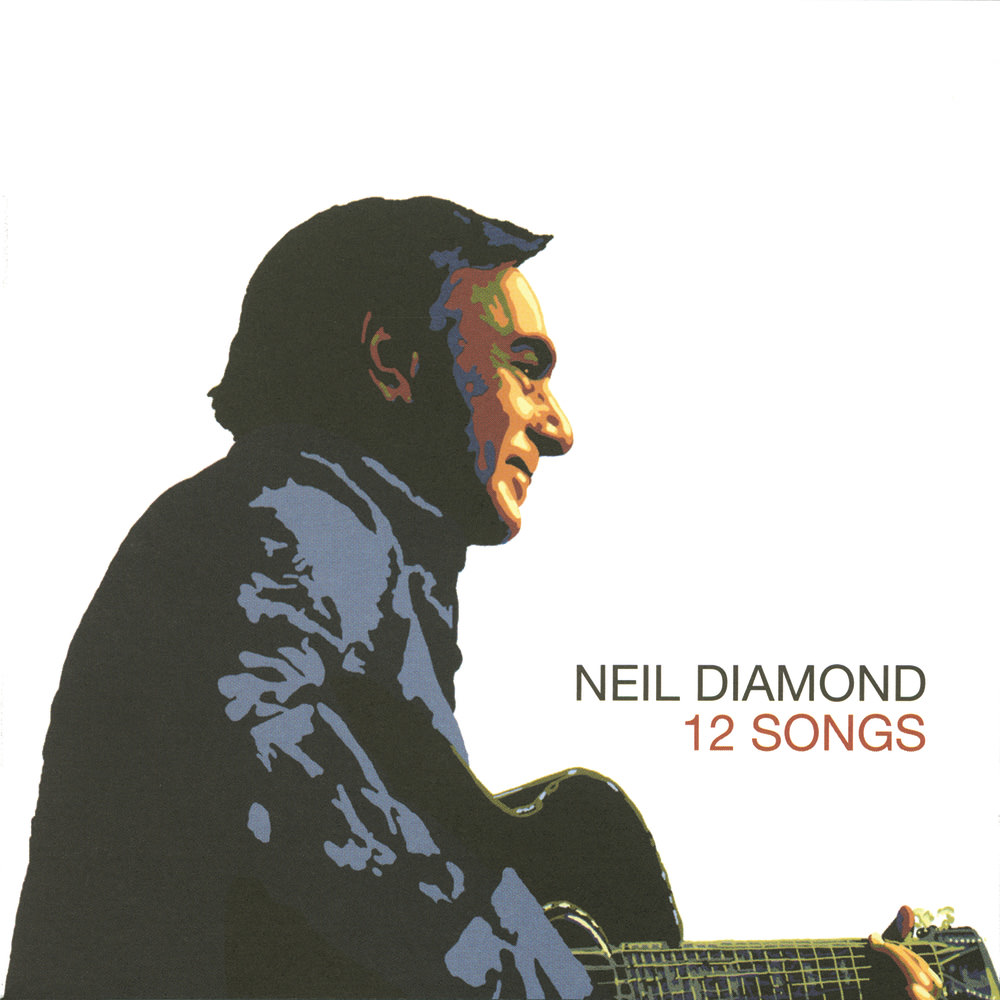 Available in 192 kHz / 24-bit, 96 kHz / 24-bit AIFF, FLAC high resolution audio formats
Billboard 200 - #4, 2005 UK Albums Chart - #5, 2006 "... his best album in 25 years ..." - PopMatters.com "Spiritual, lovelorn and vulnerable, this is the album Diamond has deserved for decades." - The Guardian "Rick Rubin, his new producer, decided to downsize Diamond’s music. Finally, the songs don’t sound as if they were arranged to fill arenas; the singer’s well-preserved, Corinthian-leather voice and softly strummed chords are the focus ... Rubin restores a graceful simplicity to the songs ... 12 Songs sounds more natural and more honest than, say, the latest by the Rolling Stones. A." - Entertainment Weekly Rick Rubin was given credit for jumpstarting Neil Diamond's career when he produced this 2005 gold record, a top five hit in both the US and the UK. Diamond is backed by some of the same musicians Rubin recruited for his work with Johnny Cash, including Benmont Tench and Mike Campbell from Tom Petty's band and organ player Billy Preston, on his last recording before his death.
192 kHz / 24-bit, 96 kHz / 24-bit PCM – Neil Diamond Studio Masters