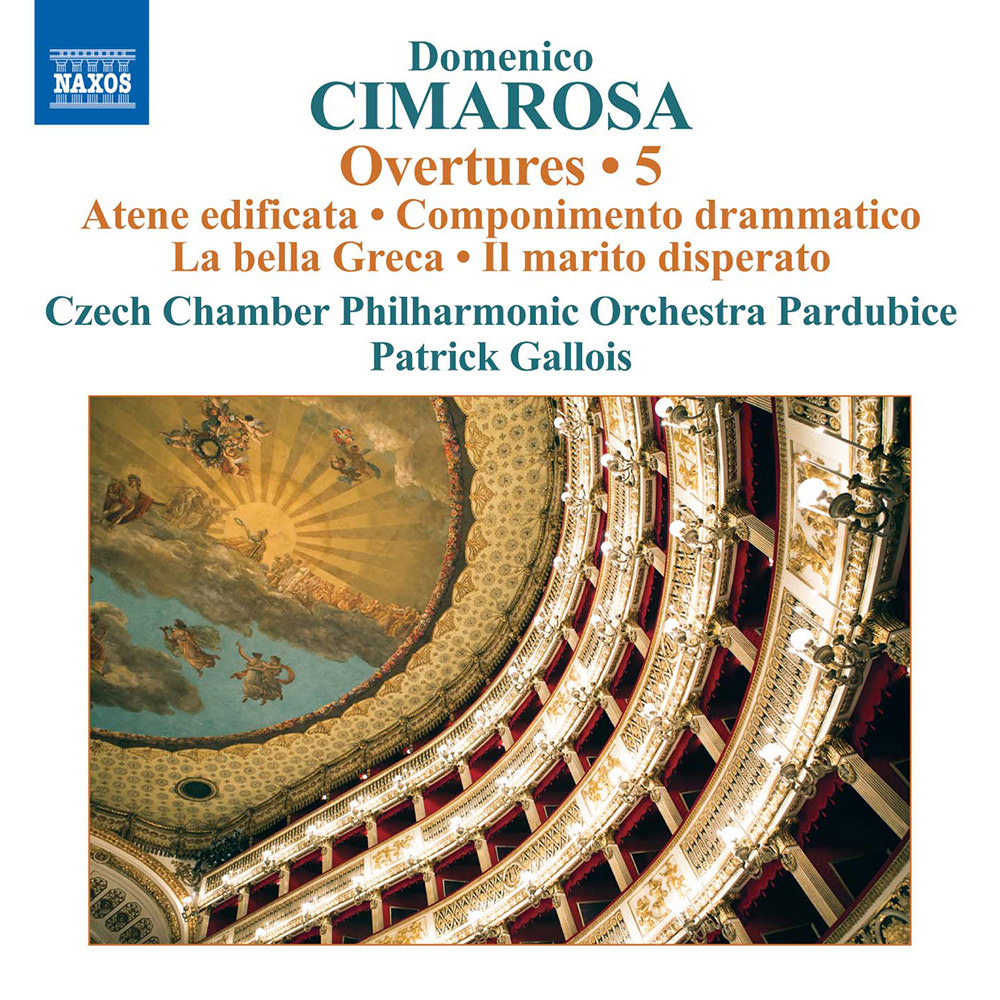 Patrick Gallois and the Czech Chamber Philharmonic Orchestra Pardubice bring the series devoted to Domenico Cimarosa up to its fifth volume with this release, representing the extraordinary range of the composer's career, from Le trame deluse and La villana riconosciuta, his greatest hits, to overtures from cantatas and the Componimento drammatico written on the occasion of the birth of the firstborn son of Louis XVI. Cimarosa was among the last great exponents of the Neapolitan School and one of the most famous and successful composers before the arrival of Rossini on the European opera scene. His works were produced and restaged at innumerable performances in opera houses all over Europe.
96 kHz / 24-bit PCM – Naxos Studio Masters