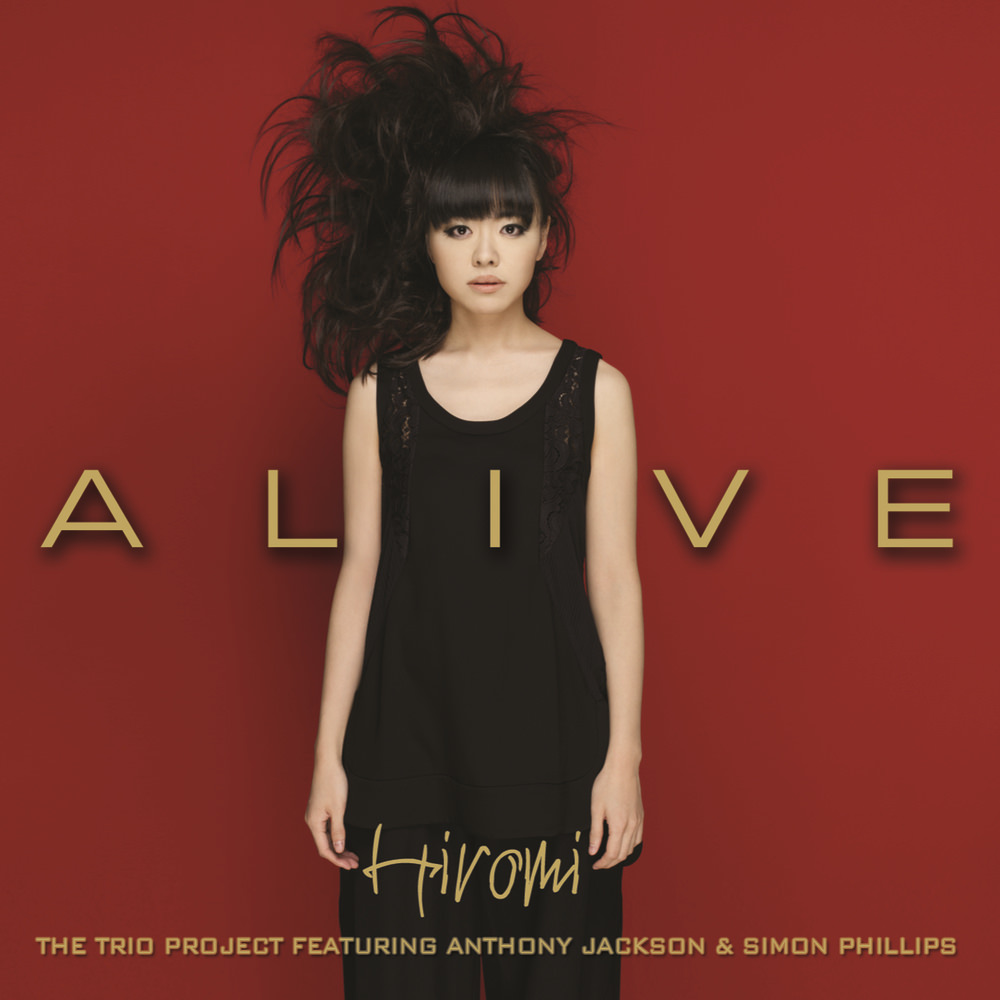 Available in 96 kHz / 24-bit AIFF, FLAC high resolution audio formats
"... Hiromi and her accomplices make music that’s easy to like ..." - Straight.com "... a sonic personality that’s definitely jazz but just as assuredly contemporary and dynamic in a way that no one else is quite doing." - Something Else! “I’ve always enjoyed and appreciated so many different kinds of music: classical, rock, jazz and pop and so on. And that’s why my compositions are so varied.” - Hiromi Alive marks the 2014 return of Japanese pianist/composer Hiromi’s Trio Project, featuring contrabass guitarist Anthony Jackson (Steely Dan, Paul Simon, The O’Jays and Chick Corea) and drummer Simon Phillips (Toto, The Who, Judas Priest, David Gilmour and Jack Bruce). Hiromi's Trio, which DownBeat magazine called one of the most exciting groups working in any genre today, was first formed in 2011. On Alive, Phillips’s powerful yet poetic percussion and Jackson’s flowing, glow-in-the-dark basslines beautifully support Hiromi’s improvisations. Her evocative compositions evoke the myriad moods and mysteries of life and reveal the soulful, syncopated simpatico of her thrilling threesome. “Alive has a double meaning for me. I wanted to write songs that deal with things and emotions that we encounter in life. But the word Alive can also mean ‘played live.’ I’ve been performing with Simon and Anthony for four years. We’ve made three records together, and we’ve done so many live shows as a trio. We have a great time being adventurous, and I felt that we can make the record sound like a live recording in front of the audience." - Hiromi
96 kHz / 24-bit PCM – Original Sound Studio Masters