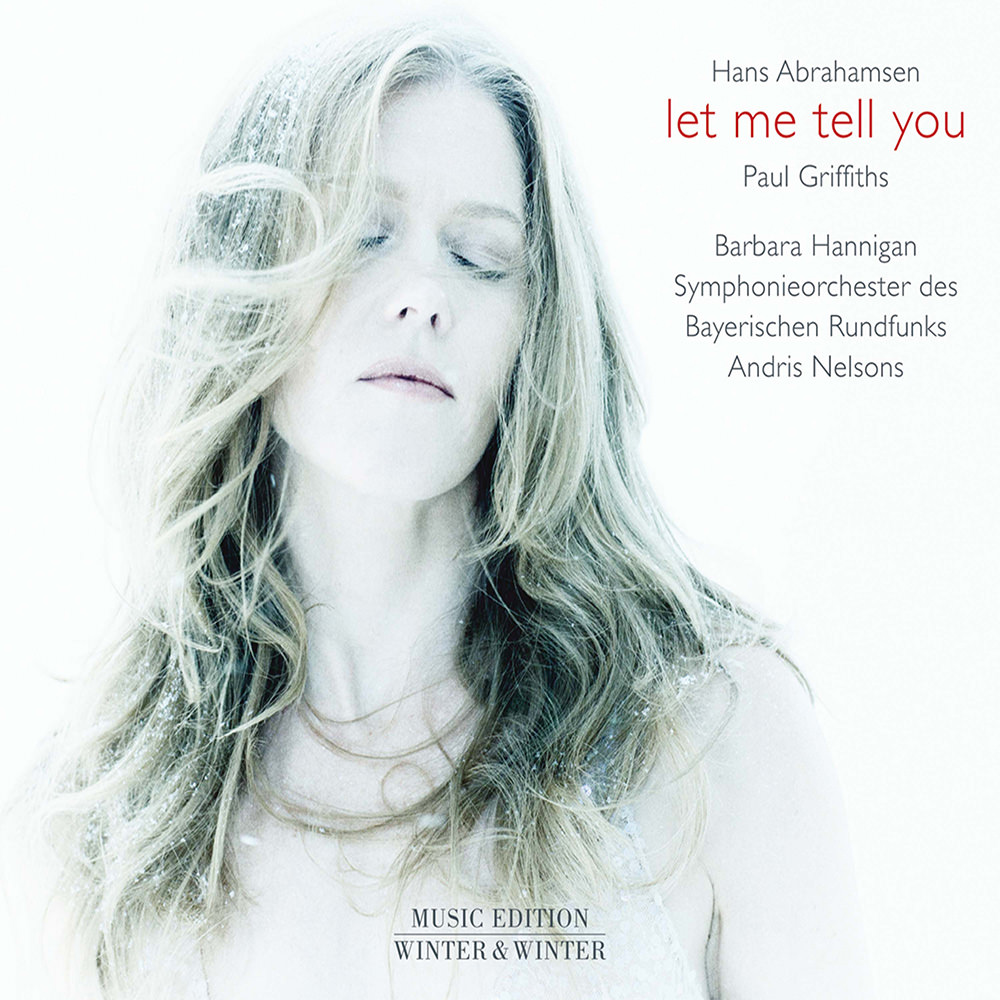 Hans Abrahamsen: Let Me Tell You

Available in 48 kHz / 24-bit AIFF, FLAC audio formats
"... eerily alluring ... (a) remarkable Barbara Hannigan ..." - The New York Times "Five Stars ... a stunning vehicle for Hannigan, with its floating, effortless-sounding high notes and pure, expressive tone ..." - The Guardian "Editor's Choice ... a richly theatrical journey ... spare yet pregnant lines of text meet Abrahamsen’s finely spun textures and each word feels felt and weighed in music ... the Danish composer’s sound world is a mass of glinting detail ..." - Gramophone "Recording of the Month ... I was not familiar with (Abrahamsen) until I heard this extraordinary work ... Abrahamsen’s tonal palette is very broad and the colourful orchestration is unlike any I’ve heard ... the vocal writing is equally daunting requiring the soprano to make powerful leaps into the stratosphere ... a mesmerizing performance ... perfect accompanists in the Bavarian Radio Symphony and conductor Andris Nelsons. All of this is captured in sound that is both spacious and immediate." - MusicWeb International Soprano Barbara Hannigan and the Symphonieorchester des Bayerischen Rundfunks led by Andris Nelsons shine a spotlight on leading contemporary Danish composer Hans Abrahamsen with this unique, award-winning, lavishly praised album. Composed during 2012 and 2013, Let Me Tell You is a 30 minute dramatic monologue based on a 2008 novel by Paul Griffiths and voiced by a character who is not quite the Ophelia of Shakespeare’s Hamlet. While her entire text is made up of words Ophelia speaks in the play, she uses these identical words in different ways and certainly to express herself differently. Let Me Tell You earned Abrahamsen the 2016 Grawemeyer Award for Music Composition and a 2014 RPS Music Award from the Royal Philharmonic Society.
48 kHz / 24-bit PCM – Winter and Winter Studio Masters