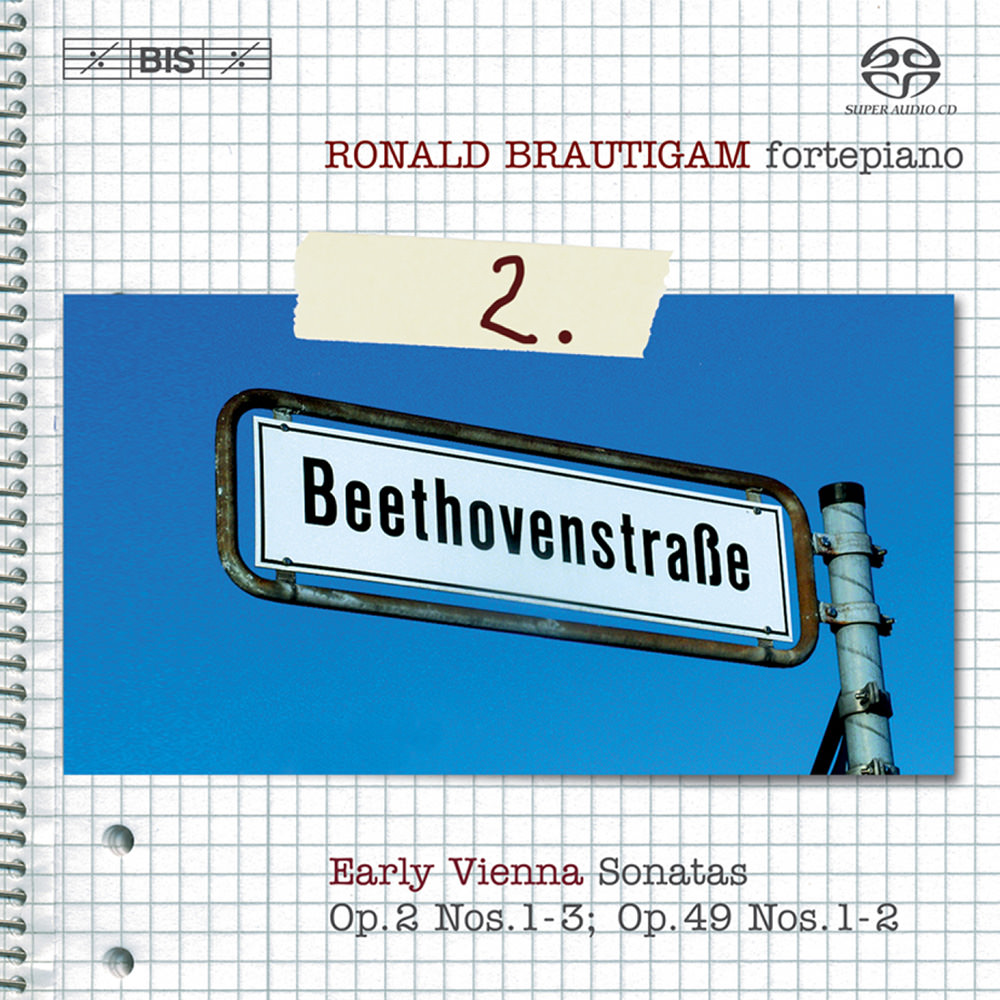 Available in 88.2 kHz / 24-bit AIFF, FLAC high resolution audio formats
“Brautigam gives full weight to its full-blooded textures and capturing all the music’s energy and excitement.” - BBC Music Magazine “I have been an admirer of Brautigam’s fiery, positive playing for some time. However, it’s fair to say that my breath was taken away by the mixture of superb instrument, vital, energetic playing and crystal clear recording.” - MusicWeb International For the second installment of Ronald Brautigam's complete series of Beethoven's solo piano works the fortepianist presents a selection of sonatas from Beethoven's early years in Vienna. Recorded on a fortepiano based on a 1805 Walter model, Brautigam relishes the virtuosity and intensity of these sonatas and the varied colours the McNulty-built instrument makes possible.
88.2 kHz / 24-bit PCM – BIS Studio Masters