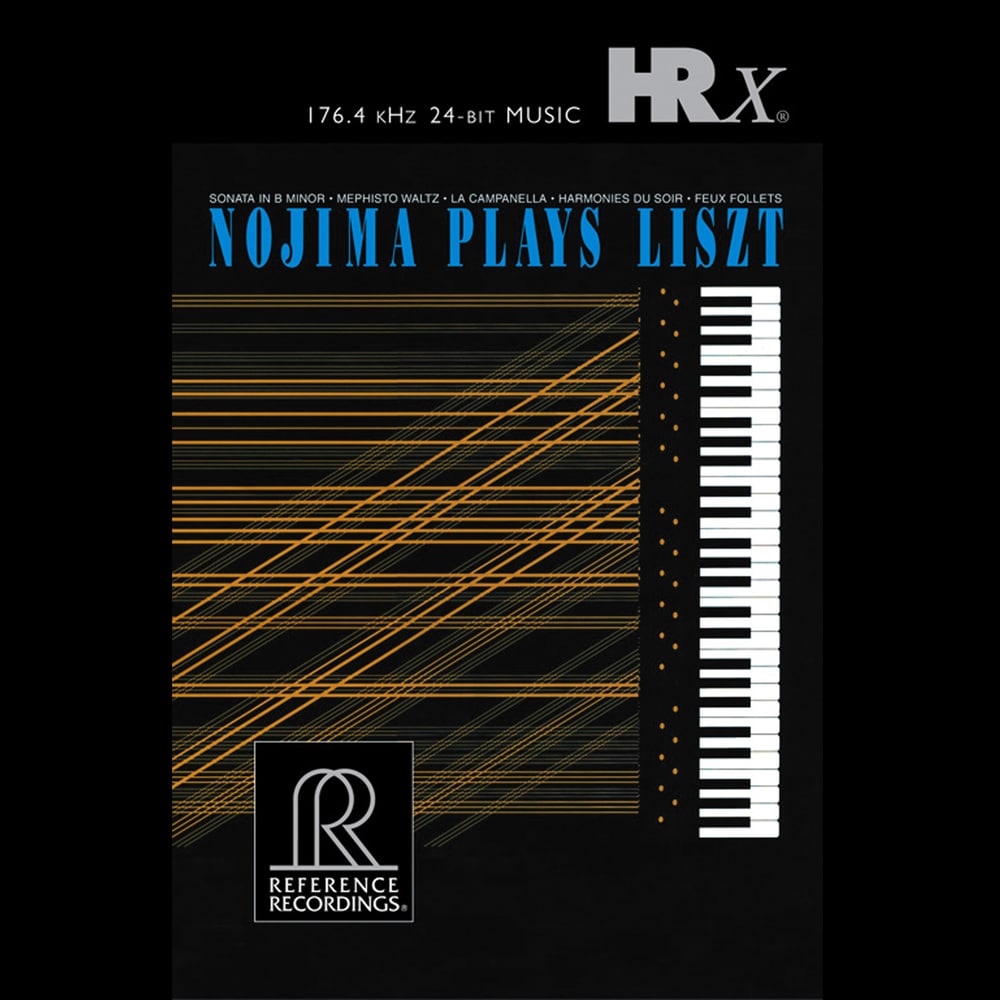 Available in 176.4 kHz / 24-bit, 88.2 kHz / 24-bit AIFF, FLAC high resolution audio formats
"I can say only good things about the sound. It is impeccable, with a stable image, and all it takes to please the most demanding audiophile." - Ultra High Fidelity “Best Recording of the Month. A stunning demonstration of technique at the service of profoundly musical ends..." - Stereo Review “The pianistic hurdles leaped with incredible fleetness and lightness, punctuated by volcanic outbursts of power and majesty. It was the sort of impossible thing rendered possible only by genius. Repeat: genius." - Los Angeles Times Reclusive pianist virtuoso Minoru Nojima, one of Japan’s most internationally respected musicians, recorded this classic album in 1986. When first released in 1988, Nojima Plays Liszt became a reference work and established Minoru's reputation as a fine interpreter of the music of Liszt. The album had been hard to find for many years until this reissue became available. Nojima, a "pianist's pianist," is not very well known in North America as he records and performs live very infrequently, but has been compared to some of the piano greats, was a silver prize winner of the Van Cliburn International Piano Competition in 1969 and has performed with orchestras around the world.
176.4 kHz / 24-bit, 88.2 kHz / 24-bit PCM – Reference Recordings Studio Masters