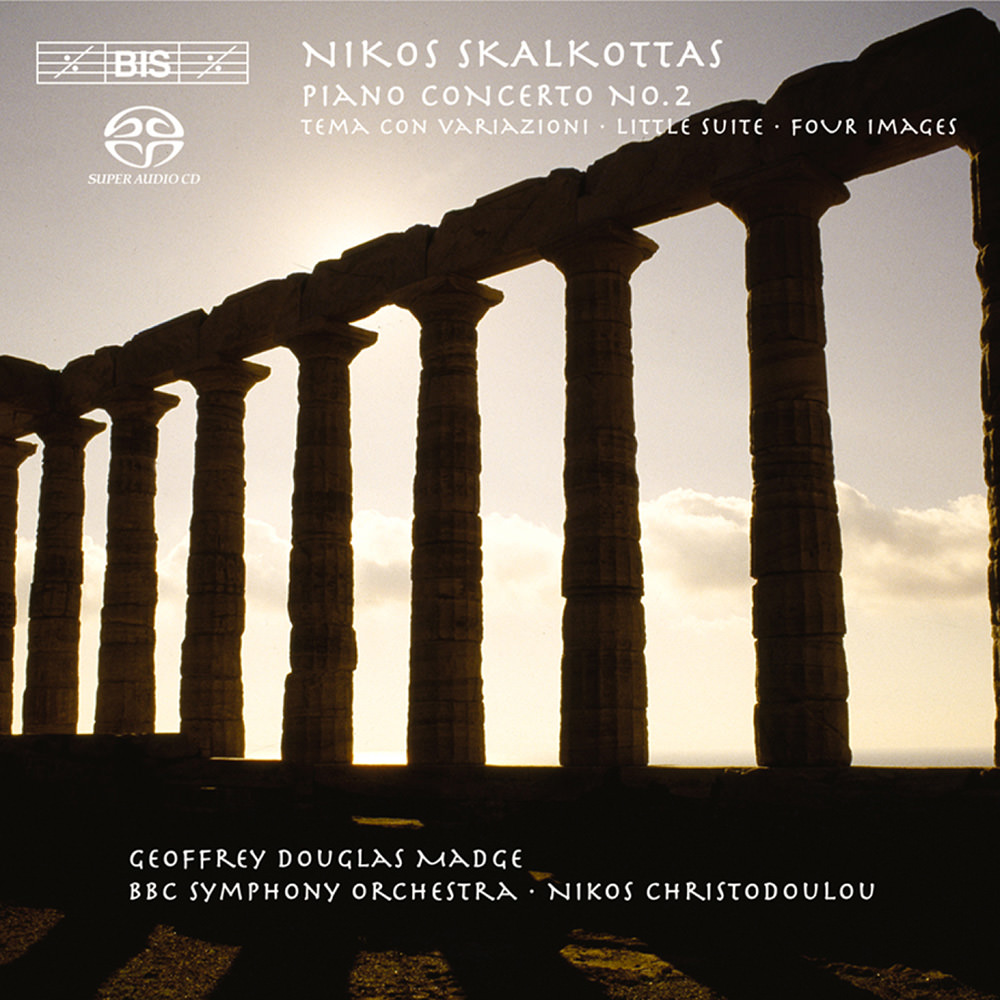 Available in 44.1 kHz / 24-bit AIFF, FLAC audio formats
"Geoffrey Douglas Madge seems pretty well equal to its multifarious challenges, and under Nikos Christodolou’s direction he shapes the large forms of the three movements very convincingly. This is assuredly not a work that reveals all its secrets on one hearing: but the effort to come to grips with its richness is well worth making, and this performance is an excellent way in." - BBC Music Magazine "Skalkottas addicts will need no second bidding. Bis and their artists deliver with flair and technical reliability." - MusicWeb International A lesser-known member of the Second Viennese School than Schoenberg and his famous disciples Webern and Berg, Nikos Skalkottas produced numerous works, though few were performed during his lifetime. This release from the BBC Symphony Orchestra and conductor Nikos Christodoulou features the critically praised Piano Concerto No. 2—performed by Geoffrey Douglas Madge—and 4 Images, AK 13, a primarily tonal work about Greek village life in the 20th century.
44.1 kHz / 24-bit PCM – BIS Studio Masters