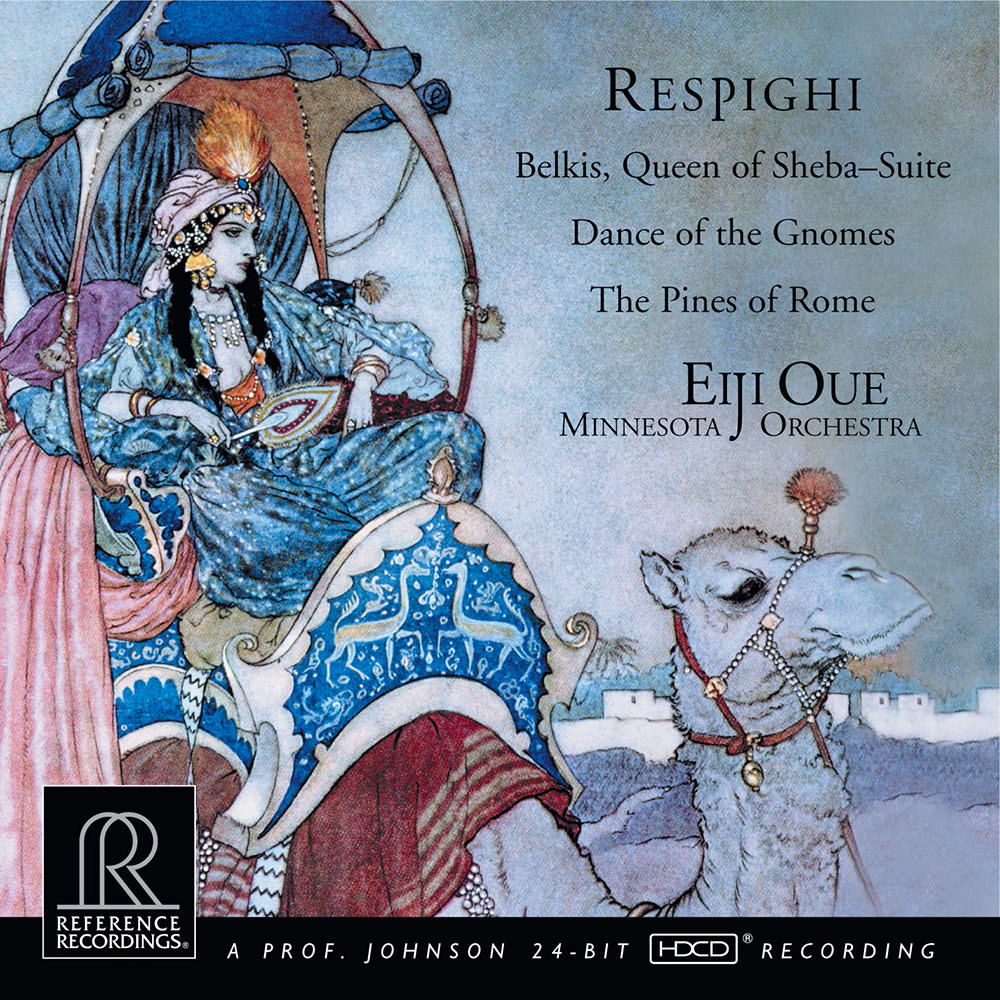 Respighi: Belkis, Queen of Sheba Suite - Dance of the Gnomes - The Pines of Rome

"Colorful, thrilling performances of Belkis, as Respighi would have preferred, delivered in superb sound ... a compulsory purchase for every Respighi devotee."
- Fanfare

"Oue plays each piece to the hilt; I cannot imagine more precise, more lovingly conducted performances. As for the recording, I’m running out of superlatives: it is brilliant and weighty, with tremendous undistorted dynamics."
- The Audio Critic

Eiji Oue and the Minnesota Orchestra released this highly-praised, Grammy nominated recording of Belkis, Queen of Sheba in 2000. Belkis was conceived by composer Ottorino Respighi as an evening-long ballet with singing whose lavishness has kept it from view since its La Scala premiere. This is only the second recording of a suite prepared by the composer, for the first time with the tenor solo (sung by Chad Shelton), and with the movements in the correct order. The music's oriental perfumes and barbaric splendor guarantee the enthusiasm of anyone who hears it. Dance of the Gnomes is a little known but characteristically dramatic and colorful tone poem. Respighi’s greatest hit The Pines of Rome (with extra brass and organ) bring this unusual, inventive programme to a dazzling conclusion. This album earned a Grammy nomination for Best Engineered Album, Classical in 2002.

"The sound stands up very favorably with the music. It’s wonderful. The bass foundation is full and deep, offering just the right balance for the orchestra. The strings sing sweetly, the drums boom appropriately, and the piano, when used, is sized as you would hear it live. Add in a soundstage that is both wide and deep and you have a recording with very little to find fault with."
- SoundStage!
176.4 kHz / 24-bit, 88.2 kHz / 24-bit PCM – Reference Recordings Studio Masters