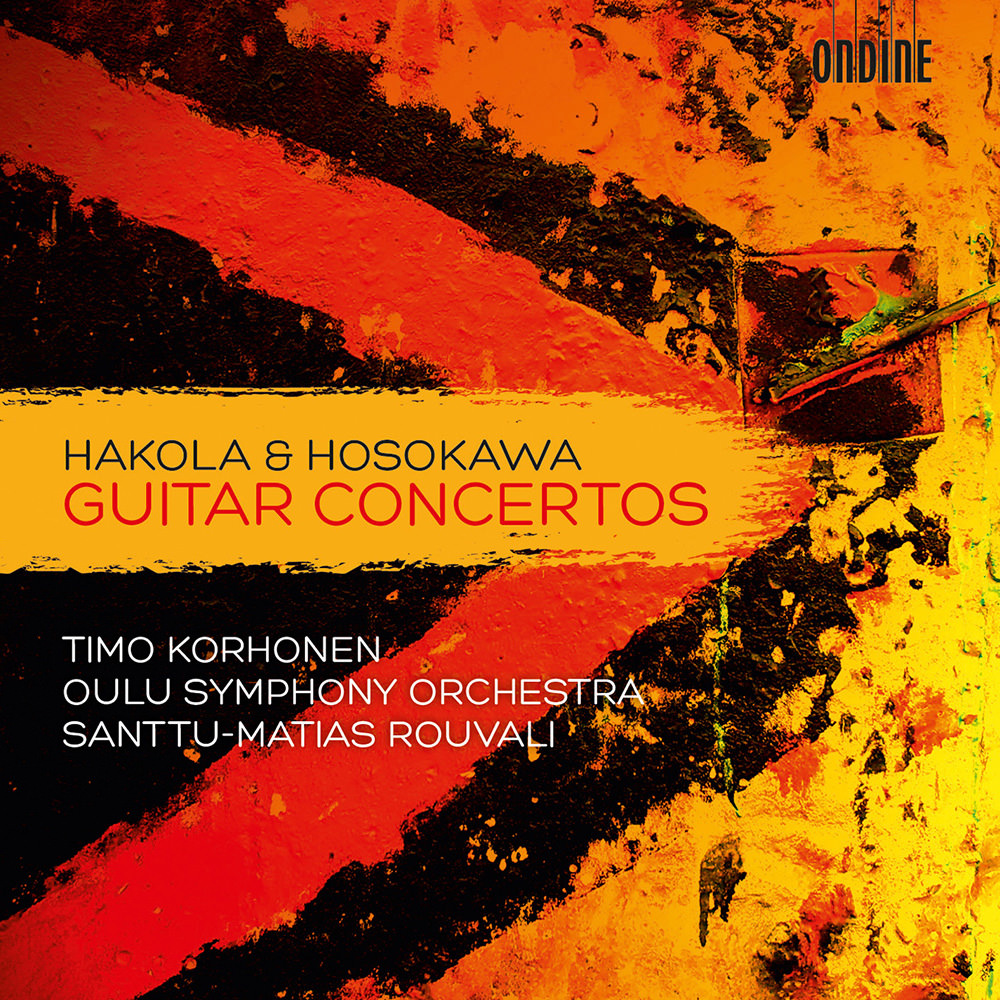 Available in 96 kHz / 24-bit AIFF, FLAC high resolution audio formats
"The Oulu Symphony Orchestra are based just outside the Arctic Circle and consequently not so well known further south, but ought to be: their performances here are terrific." - MusicWeb International "The intensity of Hakola's response to the music compels attention through every bar of the (central) movement ... the Oulu Symphony Orchestra are on fine form throughout and Santtu-Matias Rouvali directs with assurance.” - Gramophone Critically acclaimed and award-winning guitarist Timo Korhonen and the Oulu Symphony Orchestra present world premiere recordings of two guitar concertos written especially for Korhonen, one by Kimmo Hakola and the other by Toshio Hosokawa. Hakola's work is a colourful exploration of themes connected to both medieval and modern southern Spain and northern Africa, while Hosokawa takes a more meditative approach as he searches for symbolic universal harmony.
96 kHz / 24-bit PCM – Ondine Studio Masters