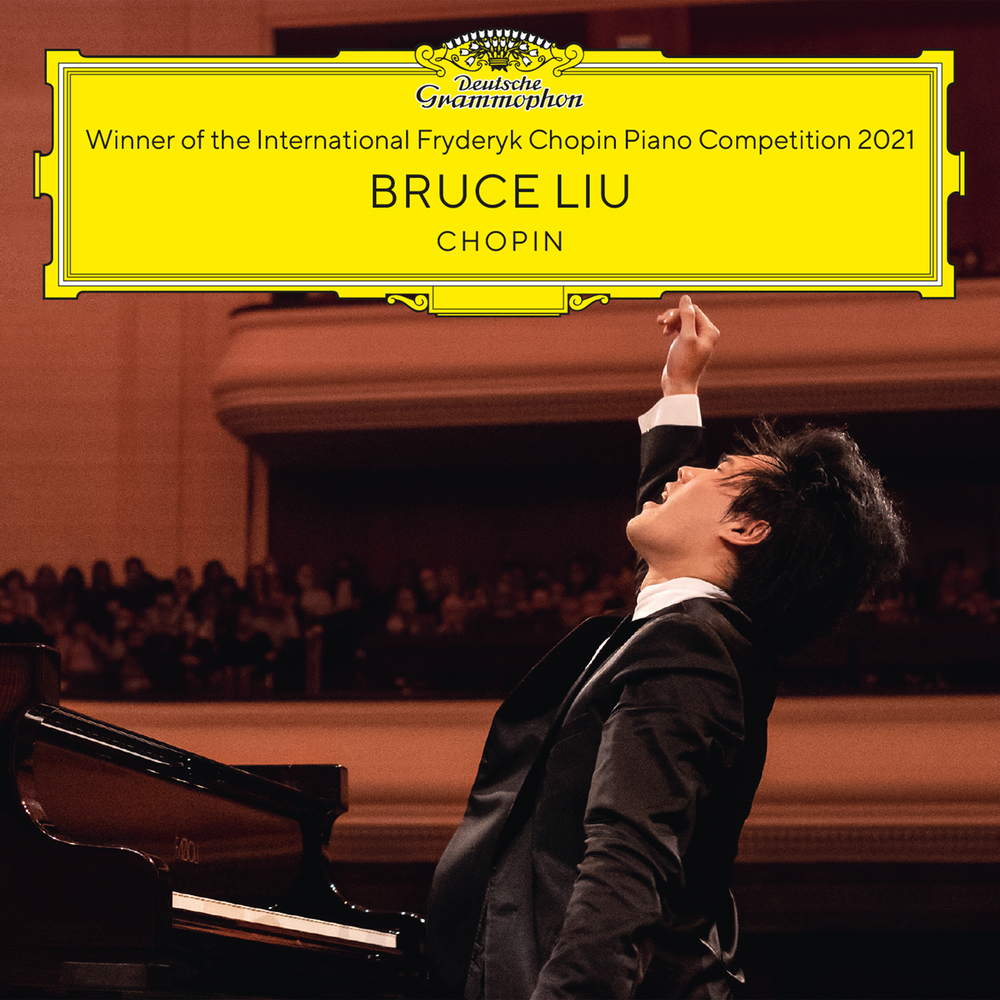 Available in 96 kHz / 24-bit AIFF, FLAC high resolution audio formats
Bruce Liu, the newly crowned winner of the 18th International Chopin Piano Competition, releases an album of his live recordings, made during the various stages of the world’s most prestigious competition for classical musicians, on 19 November 2021. The jury awarded the top prize to the 24-year-old Canadian pianist immediately after the final round of the 2021 Chopin Competition at Warsaw’s National Philharmonic on 20 October. Bruce Liu is a graduate of the Montreal Conservatoire, where he studied under Richard Raymond, and is currently a student of Dang Thai Son who won the Chopin Competition in 1980. He has performed with major ensembles including the Cleveland Orchestra, Israel Philharmonic Orchestra, Montreal Symphony Orchestra and Orchestra of the Americas, and has toured with the China NCPA Orchestra in North America. Liu has won prizes at international piano competitions in Sendai, Montreal, Tel Aviv and Viseu. The release of Bruce Liu’s live recordings from the Chopin Competition marks a renewed collaboration between Deutsche Grammophon and the Fryderyk Chopin Institute, organisers and hosts of the Chopin Competition since 2010, who are jointly committed to promoting the work of exceptional interpreters of Chopin’s music. “Being able to play Chopin in Warsaw is one of the best things you can imagine, of course, so I’m truly honored for this award, of course, and for this jury’s trust and for all the warmth I have received in recent days.” - Bruce Liu
96 kHz / 24-bit PCM – Deutsche Grammophon (DG) Studio Masters