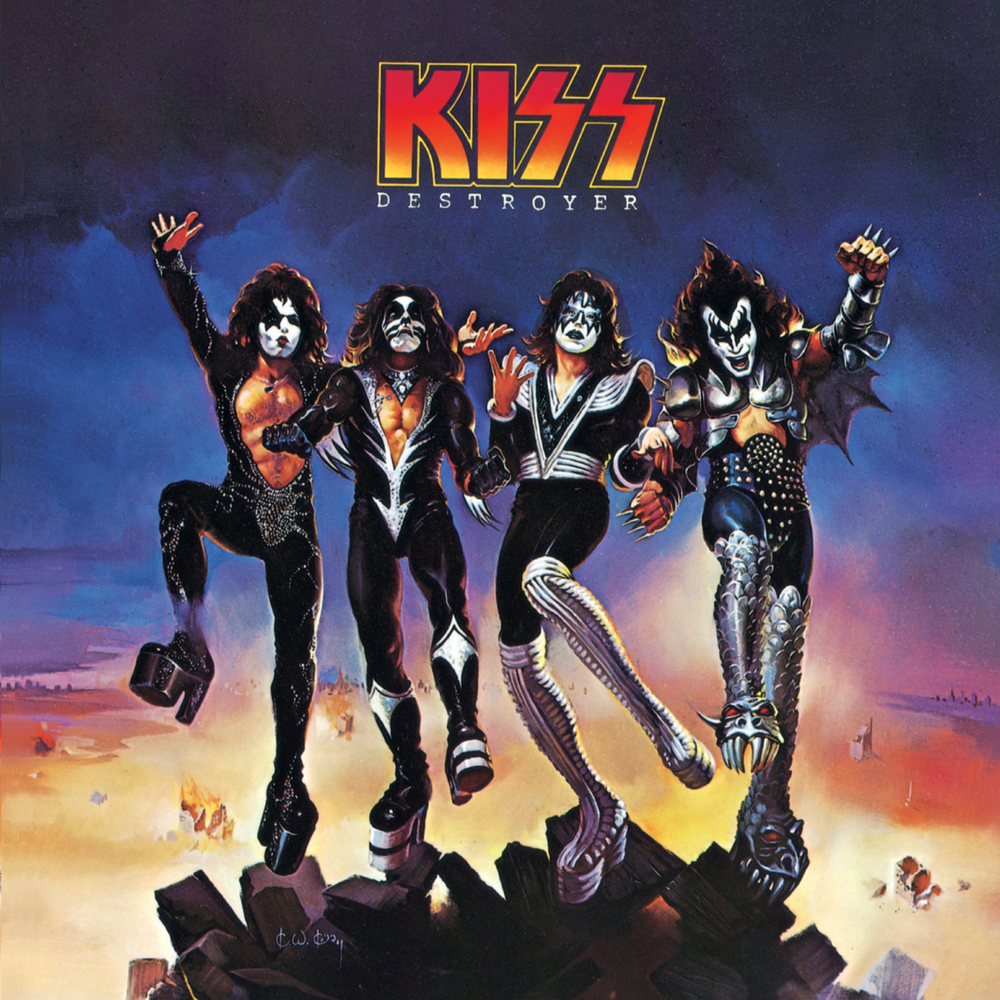 Available in 96 kHz / 24-bit AIFF, FLAC high resolution audio formats
Billboard 200 - #11, 1976 Billboard Hot 100 - #7, 1976 - Beth "Built around the proto power ballad Beth, this is a ridiculously over-the-top party rock album that just gets better with age." - Rolling Stone The first studio album from Kiss following their epic breakthrough Alive!, this was produced by Bob Ezrin who brought new elements to Kiss's sound. Their fastest-selling studio album to date, Destroyer also featured guest musicians as well as the New York Philharmonic on the ballad Beth, Kiss's first top 10 hit. Shout It Out Loud was another worldwide chart hit and made it all the way to number one in Canada, Kiss's first chart topper. This album has since been named by critics as one of the best releases of all time, included on Rolling Stone's 500 Greatest Albums Of All Time and Guitar World's 100 Greatest Guitar Albums Of All Time. This 2021 reissue comes on the 45th anniversary of the album's original release, newly remastered at Abbey Road Mastering!
96 kHz / 24-bit PCM – UMe Direct 2 Studio Masters