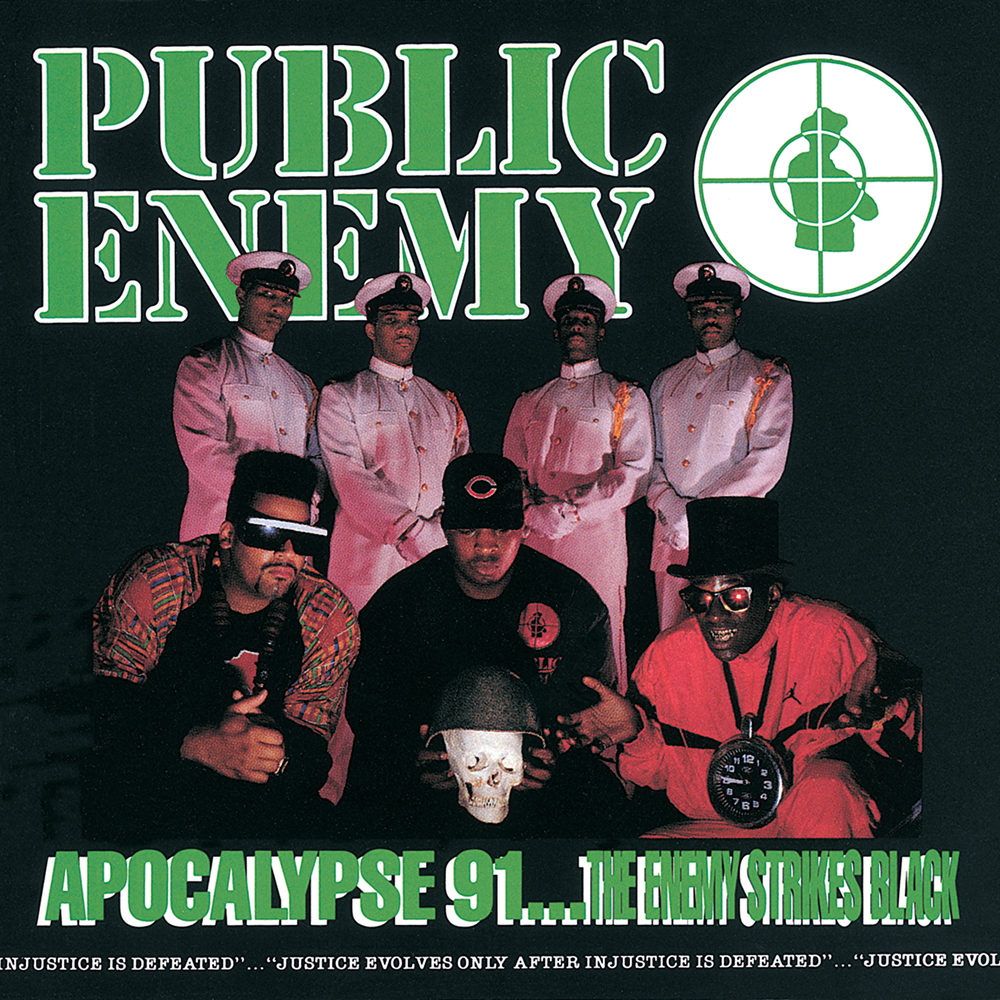 Available in 96 kHz / 24-bit AIFF, FLAC high resolution audio formats
Def Jam Recordings/UMe have released the 30th Anniversary digital reissue of Public Enemy’s platinum selling, landmark release, Apocalypse 91… The Enemy Strikes Black. “We never begged for acceptance and thought that was the most rebellious s__t ever,” says Chuck D. “So we set out to never repeat ourselves on an album. Once you thought you had us figured out, we flipped on you again. Apocalypse 91 came with a totally different sound than Fear Of A Black Planet which had a totally different style than It Takes A Nation Of Millions To Hold Us Back which was even more different than Yo! Bum Rush The Show. With Apocalypse 91,” Chuck D continues, “we wanted to grate on nerves and still be great in our approach. Never beg for acceptance. This is what it is, down your throat. Boom.” Originally released on October 1, 1991, Public Enemy’s GRAMMY nominated album, Apocalypse 91… The Enemy Strikes Black, hit No.4 on the Billboard 200 and includes the single “Can’t Truss It,” which was certified gold and hit Top 10 on the Hot 100, the Hot R&B/Hip-Hop Songs, and Dance Singles charts concurrently. Other tracks include “By The Time I Get To Arizona,” “Shut Em Down,” and Chuck D’s groundbreaking collaboration with Heavy Metal group Anthrax for the re-mix of Public Enemy’s 1988 classic “Bring Tha Noize (w/Anthrax),” which paved the way for a whole generation of Rap/Metal artists such as Rage Against The Machine and System Of A Down.
96 kHz / 24-bit PCM – Def Jam Recordings Studio Masters