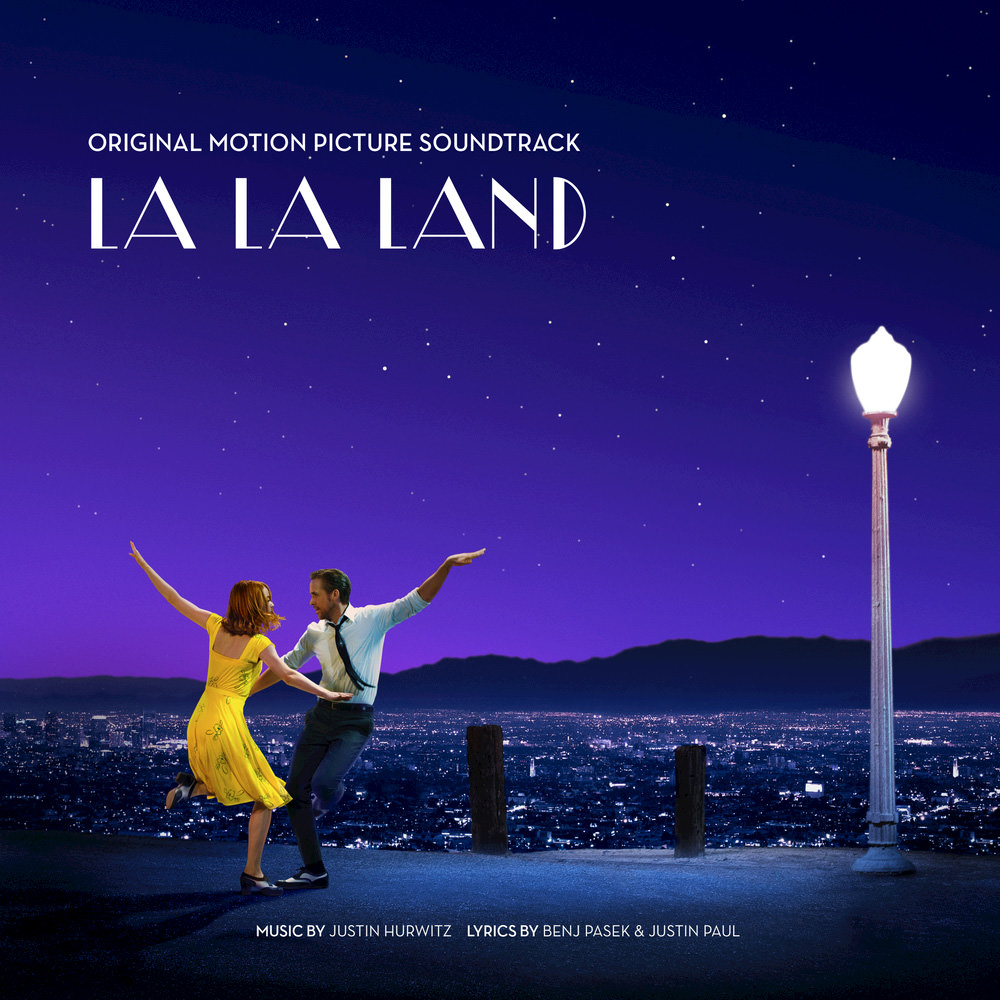 Available in 44.1 kHz / 24-bit AIFF, FLAC audio formats
Billboard 200 - #2, 2017 Grammy Award – Best Compilation Soundtrack For Visual Media, 2017 Grammy Award nomination – Best Song Written For Visual Media, 2017 – City Of Stars Grammy Award nomination – Best Arrangement, Instruments and Vocals, 2017 – Another Day Of Sun Academy Award - Original Score, 2017 Academy Award - Original Song, 2017 - City Of Stars Academy Award nomination - Original Song, 2017 - Audition (The Fools Who Dream) "... magical music ... what many consider a new Hollywood classic (and major Oscar contender) ... Hurwitz’s often playful score was recorded with a 90-piece orchestra on the same scoring stage where Singin' in the Rain and many other great MGM musicals were recorded ..." - Billboard "... a musical romance that rushes from first love to heartache via show tunes, love songs and free jazz ... an unapologetically romantic homage to classic movie musicals ... Chazelle creates musical numbers for the pair of them and Gosling and Stone carry these off with delicacy and charm, despite or because of the fact that they are not real singers ... Stone fits the part beautifully: something in the hesitancy and even frailty of her singing voice is just right ..." - The Guardian Racking up record-breaking awards and nominations around the world, including multiple Golden Globe and Academy Award victories, La La Land from writer and director Damien Chazelle (Whiplash) stars Ryan Gosling as a Los Angeles jazz pianist who falls in love with an actress portrayed by Emma Stone. The two sing and dance their way through several numbers by Justin Hurwitz with lyrics by the Tony-nominated songwriting team Benj Pasek and Justin Paul. In addition to the cast recordings, this album also includes several selections from the instrumental score, composed and arranged by Hurwitz and performed by a 90-piece orchestra. "I was just composing it from an emotional place and thinking about the tone. I would say the tone is hopeful, but melancholy at the same time ... you have these great moments and then you have these less great moments in life and in Los Angeles and we see it happen in the story." - Justin Hurwitz
44.1 kHz / 24-bit PCM – Interscope Records Studio Masters