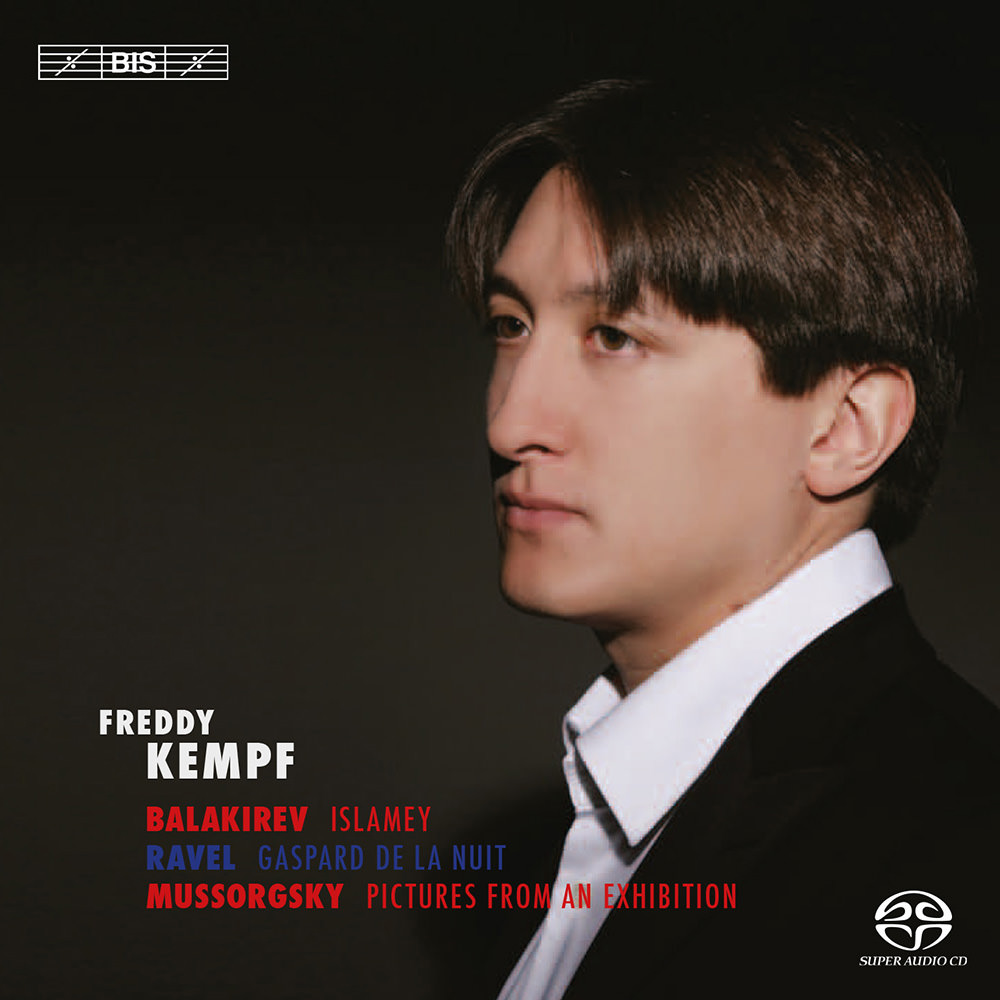 Available in 88.2 kHz / 24-bit AIFF, FLAC high resolution audio formats
Partly on the basis of his several discs on BIS, Freddy Kempf enjoys a reputation as an explosive and physical performer but also as a highly sensitive artist. His performance of Chopin’s Etudes received high praise, for instance in American Record Guide: ‘At 27, Kempf has attained something most pianists strive for over an entire lifetime ... This release can justly take its place among the very finest recordings of Chopin's Etudes. The set of Liszt’s Transcendental Etudes was equally well received: ‘Kempf captures the essence of Liszt in playing of wistful nostalgia, yearning passion, with arpeggios and cadenzas that shimmer and scintillate’ (International Piano). The programme on the present release bears witness to Liszt’s contribution to piano writing: three central works in the great virtuoso literature for solo piano with qualities in terms of characterisation and timbre that have led them all to become the objects of orchestral arrangements – in the case of Mussorgsky’s Pictures numerous times. Pictures from an Exhibition was composed in only three weeks in 1874, in a sort of creative frenzy following the death of Mussorgsky’s friend, the painter and architect Viktor Hartmann. Some of the pictures by Hartmann that inspired Mussorgsky have now disappeared; those that have survived can be seen at the Tretyakov Gallery in Moscow. But to search for a direct correspondence between the pictures and their musical counterparts would be pointless: Mussorgsky sought to portray Hartmann’s world more intuitively. Balakirev’s Islamey was composed five years earlier, and is based on two themes. The first, called ‘Islamey’, is a melody from north Caucasia, and the second is a Tatar melody from the Crimea. It was long regarded as the most difficult work in the entire piano repertory, and in fact, when Ravel 1908 composed Scarbo, the third movement of Gaspard de la Nuit, he specifically wanted to write something that would be even more difficult. Based, like the other two movements, on a prose poem by the French fantastic writer Aloysius Bertrand, Scarbo is the depiction of an evil spirit of the night, while Ondine describes the futile love of a water nymph for the poet, and Le Gibet a hanged man and his gallows.
88.2 kHz / 24-bit PCM – BIS Studio Masters