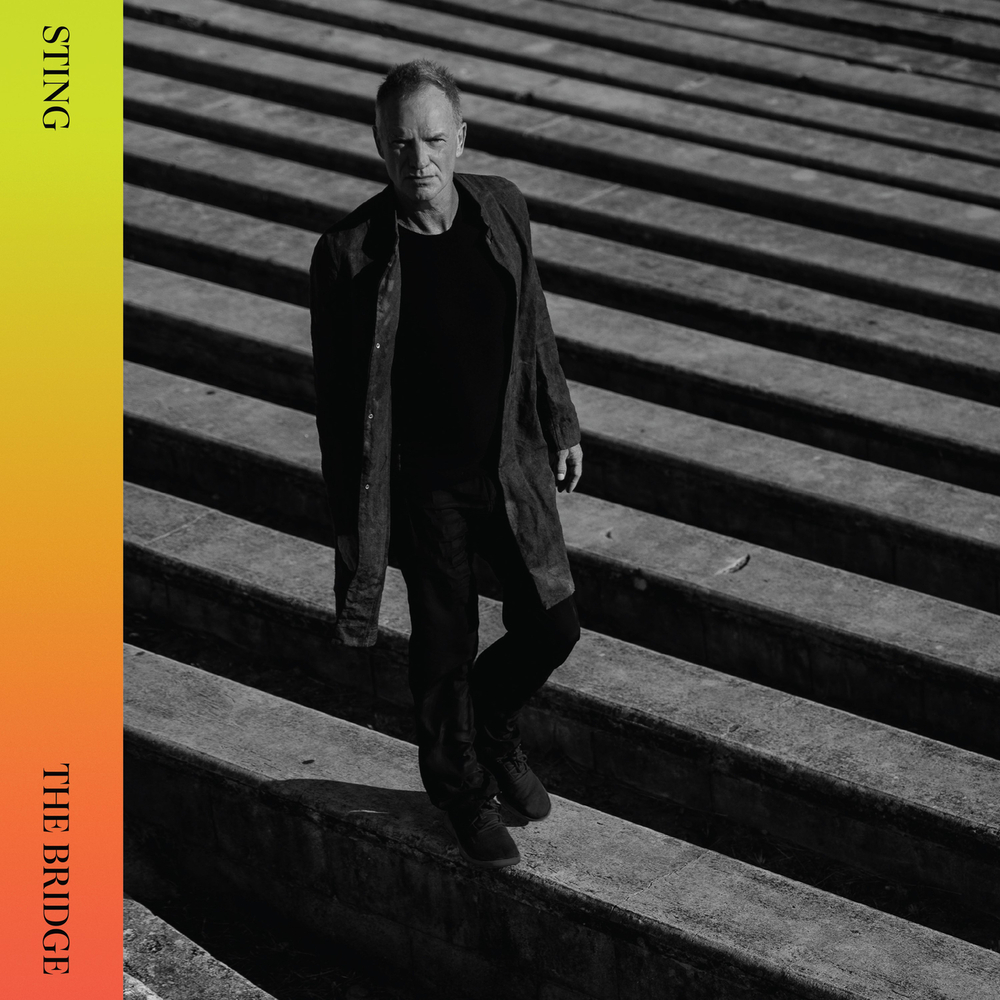 Available in 48 kHz / 24-bit AIFF, FLAC audio formats
17-time Grammy Award winning musician Sting has released The Bridge, a brand-new album distributed via A&M/Interscope/Cherrytree Records. The Bridge showcases Sting’s prolific and diverse songwriting prowess, with this new set of songs representing styles and genres explored throughout his unrivalled career. The album was written in a year of global pandemic and finds Sting ruminating on personal loss, separation, disruption, lockdown, and extraordinary social and political turmoil. Exploring a multitude of concepts and themes, a “bridge” represents the enduring and ever-evolving link between ideas, cultures, continents, and even the banks of a river. It’s also a route into the past, and so it was that Sting found himself considering the music and the places that have formed his own foundations, and that indeed are embedded in his very DNA. He explains, “These songs are between one place and another, between one state of mind and another, between life and death, between relationships. Between pandemics, and between eras – politically, socially and psychologically, all of us are stuck in the middle of something. We need a bridge.” Written and recorded over the last year in lockdown, a coterie of trusted musicians beamed into Sting’s studio remotely including Dominic Miller (guitar), Josh Freese (drums), Branford Marsalis (saxophone), Manu Katché (drums), Martin Kierszenbaum (keyboards), Fred Renaudin (synthesizer) and backing vocalists Melissa Musique, Gene Noble, Jo Lawry and Laila Biali, The Bridge’s influences are vast; from grappling with the murky origins of the folk ballads in Cecil Sharp’s ‘Collection of English Folk Songs’, to J. Robert Oppenheimer, from the Roman history of Northumbria to Saint Thomas. This Deluxe edition features 3 all-new bonus tracks!
48 kHz / 24-bit PCM – A&M Records Studio Masters