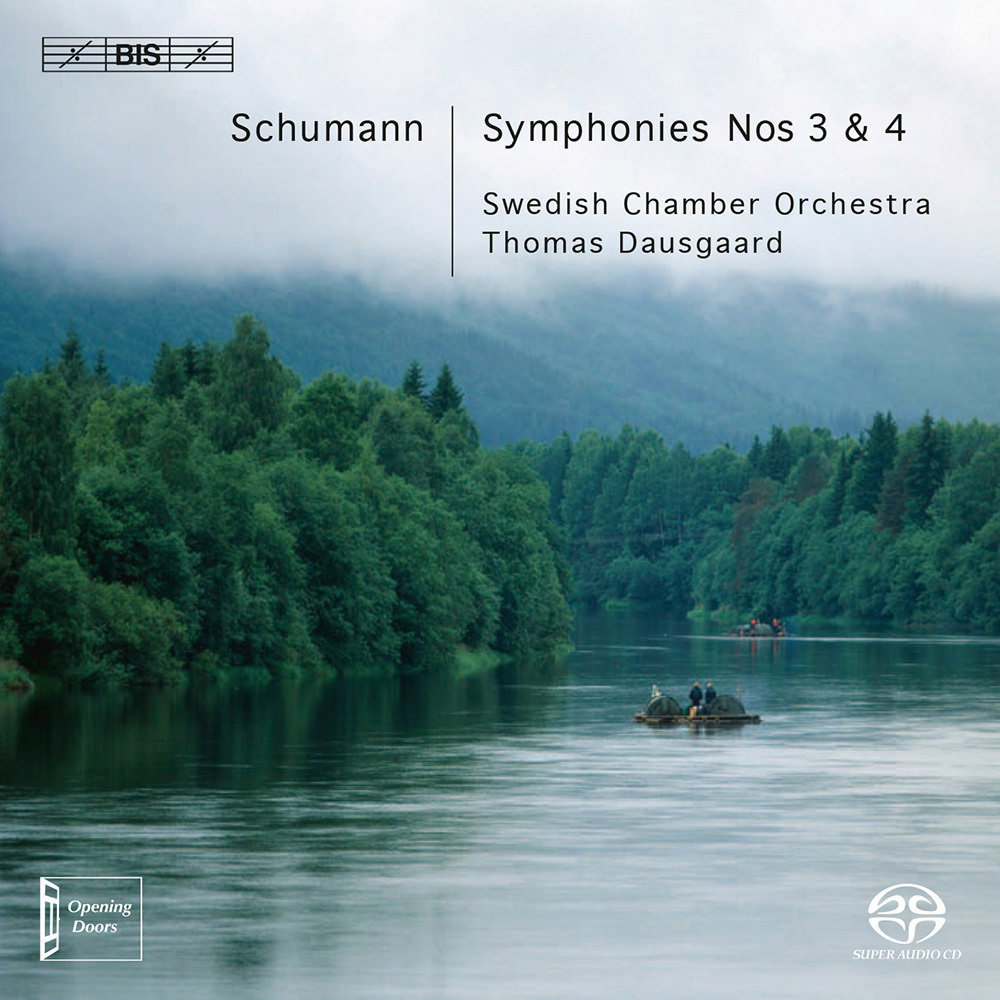 Available in 44.1 kHz / 24-bit AIFF, FLAC audio formats
"A brilliant recording, which overturns common and oft-repeated judgements regarding Schumann the symphonist." - Klassik Heute "If the final album maintains such excellence, this could well be the Schumann cycle to have." - International Record Review For some years, Thomas Dausgaard and his Swedish Chamber Orchestra have been developing their project Opening Doors, performing symphonies and other orchestral works from the Romantic era with the smaller-than-usual forces of a modern-day chamber orchestra. It has been possible to sample the results of this approach in various music centres around the world during the team’s extensive tours, as well as on album. The present album is the fourth of their Opening Doors recordings and at the same time the closing album of a ‘series within a series’ – a triptych featuring Schumann’s complete symphonies. Previous instalments have been praised for the freshness of the interpretations. Here now is that final Schumann album, which includes the ‘Rhenish’ Symphony (No.3) as well the fourth symphony in its final 1851 version. (The original version was actually composed in 1841 as the composer’s second work in the genre, and is included on BIS-SACD-1519.) Besides the two symphonic works this generously filled album also includes two shorter pieces. The Manfred overture opens Schumann’s music to Byron’s dramatic poem: regarded by Clara Schumann as "one of the most poetic and most gripping of Robert’s pieces", it is the only part of the extensive score that is regularly performed. In the case of Hermann und Dorothea, it was a work by Goethe that provided the inspiration. Originally conceived as an opera about two lovers in the confusion after the French Revolution, it was in the end reduced to a concert overture, which prominently features the Marseillaise.
44.1 kHz / 24-bit PCM – BIS Studio Masters