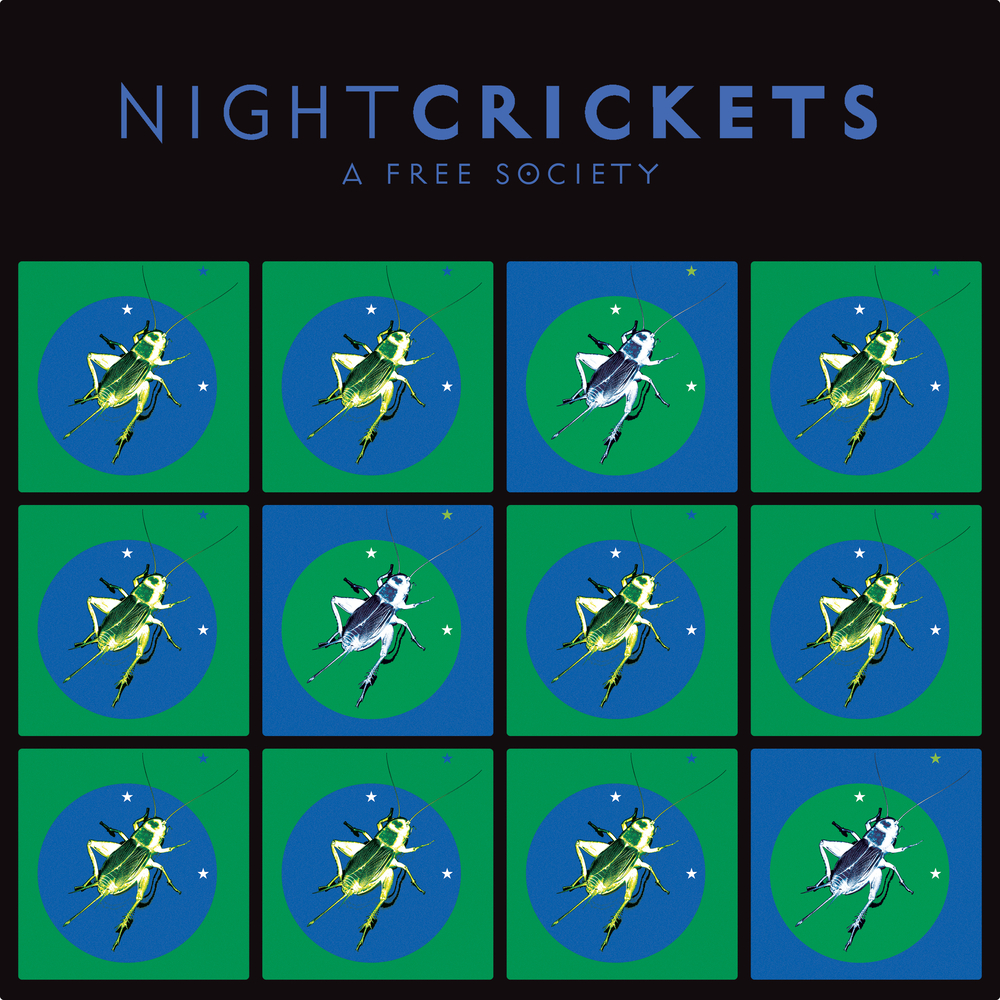 Available in 96 kHz / 24-bit AIFF, FLAC high resolution audio formats
Iconic and foundational bands in the history of alternative music certainly include Bauhaus, Love And Rockets, and Violent Femmes. San Francisco born artist Darwin Meiners was a fan of all three. A chance meeting 13 years ago with David J (Bauhaus, Love & Rockets) grew into a friendship, and Darwin not only became a bandmate, but David J’s manager. After reaching out to Victor DeLorenzo through e-mail, Darwin met the Violent Femmes drummer after the Femmes’ Coachella set in 2013. Soon after the three collaborated on Darwin’s 2014 release Souvenir. As the pandemic took hold, Darwin was looking for a new project to occupy the lock-down time and approached Victor, who was keen to proceed and suggested that David join as well. The musical trust established between these three was immediate and Night Crickets were born. Within weeks a global process was initiated between them, the recordings eventually forming the album, A Free Society. To say this is something of a dream come true for music fans would be entirely accurate. "Night Crickets, a long distance groove affair conducted during the drawn out days of lockdown and beyond. Audio files shared from Los Angeles to Milwaukee, from London to the San Francisco Bay, and the ghosts of Candlestick Park shimmer through the fog, the Devil comes a-knocking on Peter Laughner’s door and Amanda Gorman conjures forth words of inspiration for the dawn of the new millennium." - Night Crickets
96 kHz / 24-bit PCM – Omnivore Recordings Studio Masters