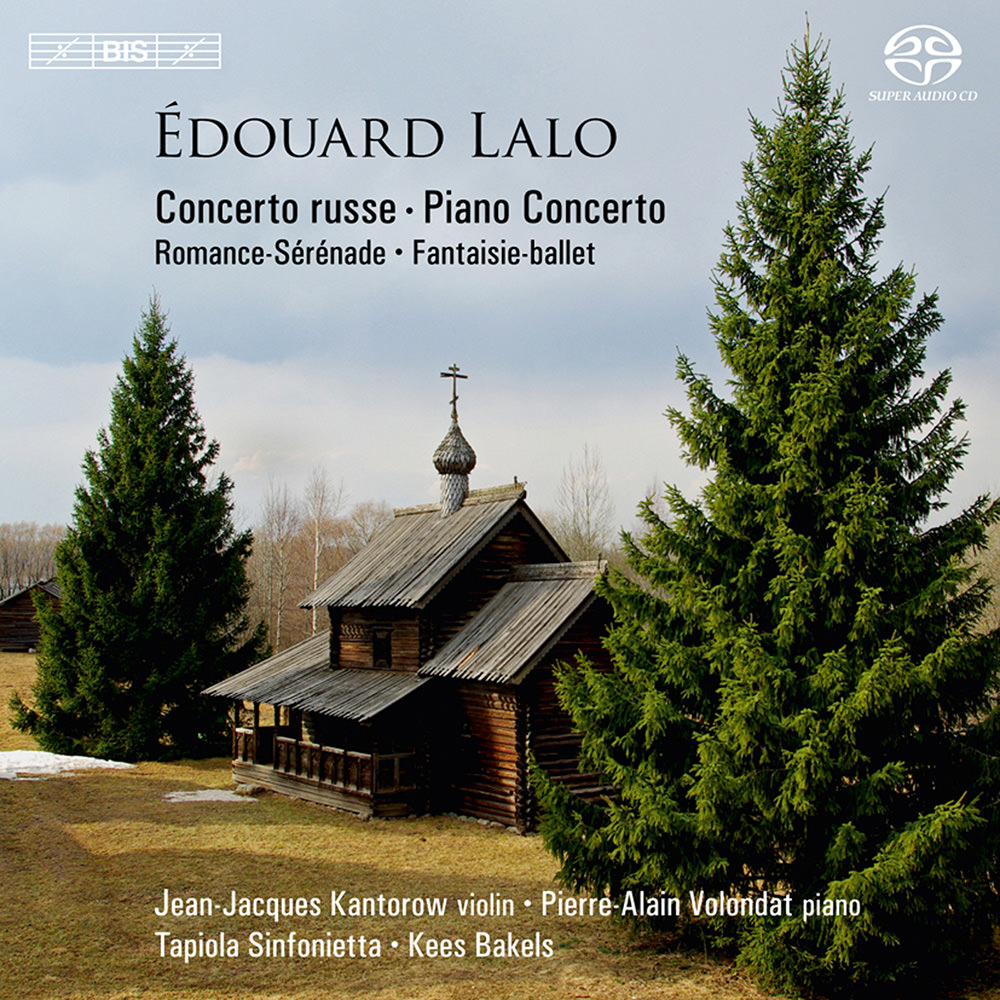 Available in 44.1 kHz / 24-bit AIFF, FLAC audio formats
"Four Stars ... four of the five works show off Kantorow's transcendent virtuosity, but the finest is the 1888 Piano Concerto, well interpreted by Volondat." - BBC Music Magazine "(The Piano Concerto) could hardly be played with greater assurance and affection than by Volondat ... Kantorow's brilliance evokes memories of Sarasate himself. The recordings are exemplary in sound and balance." - Gramophone "Four Stars ... Edouard Lalo's music is rarely played now, so this album is a welcome addition to his discography ... Volondat is the heavyweight soloist in the Piano Concerto, Kees Bakels the energetic conductor." - The Guardian "... Kantorow gives a typically breathtaking account of the work, dialoguing telepathically with the orchestra ... (the Piano Concerto) is an attractively energetic and tuneful work that deserves an occasional concert outing, especially when played with as much élan as Pierre-Alain Volondat provides here ... (Bakels) and the Sinfonietta give an appealing, if sometimes strait-laced account of Lalo's music." - MusicWeb International Kees Bakels and the Tapiola Sinfonietta accompany French violinist Jean-Jacques Kantorow and pianist Pierre-Alain Volondat on this recording of works by Édouard Lalo, released in 2012. Among the selections is the large-scale Concerto russe which borrows themes from two wedding songs included by Rimsky-Korsakov in his collection 100 Russian Folk Songs. Typically expressive and virtuosic, it is also one of the first important French compositions to draw upon Russian music. The album closes with another concerto, the Piano Concerto from 1888, Lalo's final major piece. It offers few opportunities for the soloist to show off, a possible reason for its absence from modern concert programmes and its rarity on record.
44.1 kHz / 24-bit PCM – BIS Studio Masters