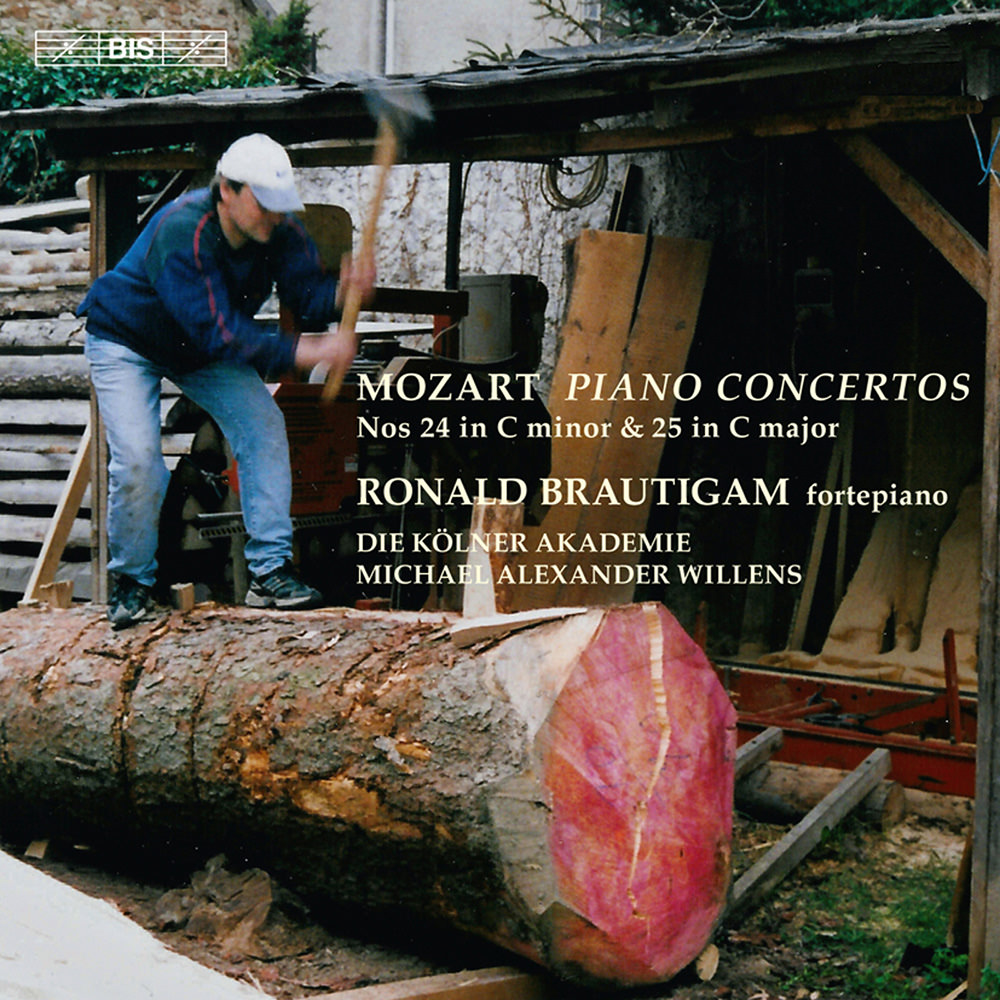 Available in 44.1 kHz / 24-bit AIFF, FLAC audio formats
"Playing on a fine, un-jangly modern copy of an Anton Walter instrument, with its silvery, singing treble and clear, percussive bass, Ronald Brautigam gives bold, invigorating performances of these contrasting concertos ... this is exhilarating, often thought-provoking Mozart ..." - Gramophone "Four Stars ... characterized by lively tempos, crisp articulation, taut rhythms and the ability to convey to the listener the joy of music making, Brautigam's playing strips away the varnish to let you hear, as near as dammit, what Mozart's audiences would have heard ... even if you prefer, as I do, your Mozart on a modern concert grand, it's hard to resist Brautigam's period advocacy." - Classic FM "These are indeed historically informed and/or authentic performances, with period instruments ... sound which Mozart would have expected to hear in his own lifetime ... even with the lightness of the accompaniment from Die Kölner Akademie it is clear how the gentler, more wooden sound of the fortepiano is at its best when sparkling in and above the textures of the orchestra rather than attempting the illusion of a singing voice ... has a good deal to offer if you want a one-stop version of Mozart’s concertos on fortepiano." - MusicWeb International Composed in 1786, the two piano concertos presented on this album are regarded as two of Mozart's finest achievements in the genre. Both are large-scale works; the Concerto No. 25 is in fact one of the most expansive of all piano concertos, rivalling Beethoven’s Fifth Concerto. It is a relatively rare to hear these concertos on original instruments, with orchestral forces corresponding to what Mozart would have been familiar with. Playing a copy of a fortepiano from 1795 and with the support of Die Kölner Akademie under Michael Alexander Willens, Dutch pianist Ronald Brautigam offers the welcome opportunity to experience these masterpieces as they may have sounded when Mozart himself performed them.
44.1 kHz / 24-bit PCM – BIS Studio Masters