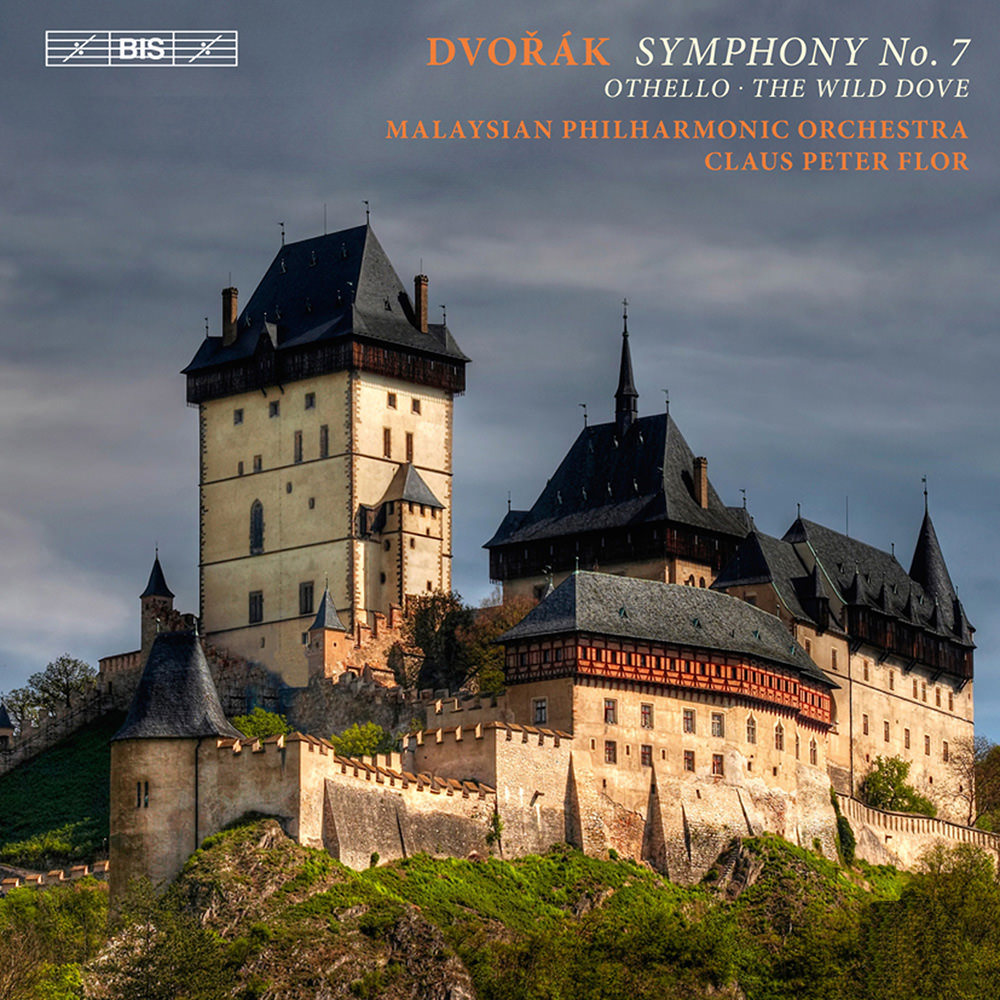 Available in 48 kHz / 24-bit AIFF, FLAC audio formats
"Flor paces the music through to its ultimate stasis with unerring control ... (there's) little to fault in the playing of the Malaysian forces or the wide-ranging sound." - International Record Review "You have a definite sense of a charted terrain, with subtle shifts of pace as the scenery changes ... the finale (of the symphony) is powerful ... Othello in particular is superb and the Malaysian Philharmonic play brilliantly throughout." - Gramophone "The polished-sounding Malaysian Philharmonic keeps its cool surprisingly well under the circumstances, maintaining good ensemble throughout. The string sonorities have a nice sheen. The woodwinds play with transparent tone and phrase sensitively; the brass are firm and solid." - MusicWeb International Following highly acclaimed releases devoted to Smetana and Josef Suk, Claus Peter Flor and his Malaysian Philharmonic Orchestra turn their attention to Dvořák, the logical next step for the team, who present the Seventh Symphony, considered by many as one of the greatest of them all. With its strikingly sombre and impassioned tone, often said to reflect the composer’s sorrow at the death of his mother, it was an immediate success. The symphony is followed by two later single-movement orchestral pieces, for which Dvořák found inspiration in literary sources. The model for the concert overture Othello is, of course, Shakespeare, while The Wild Dove is based on an epic poem by Czech poet Karel Erben.
48 kHz / 24-bit PCM – BIS Studio Masters