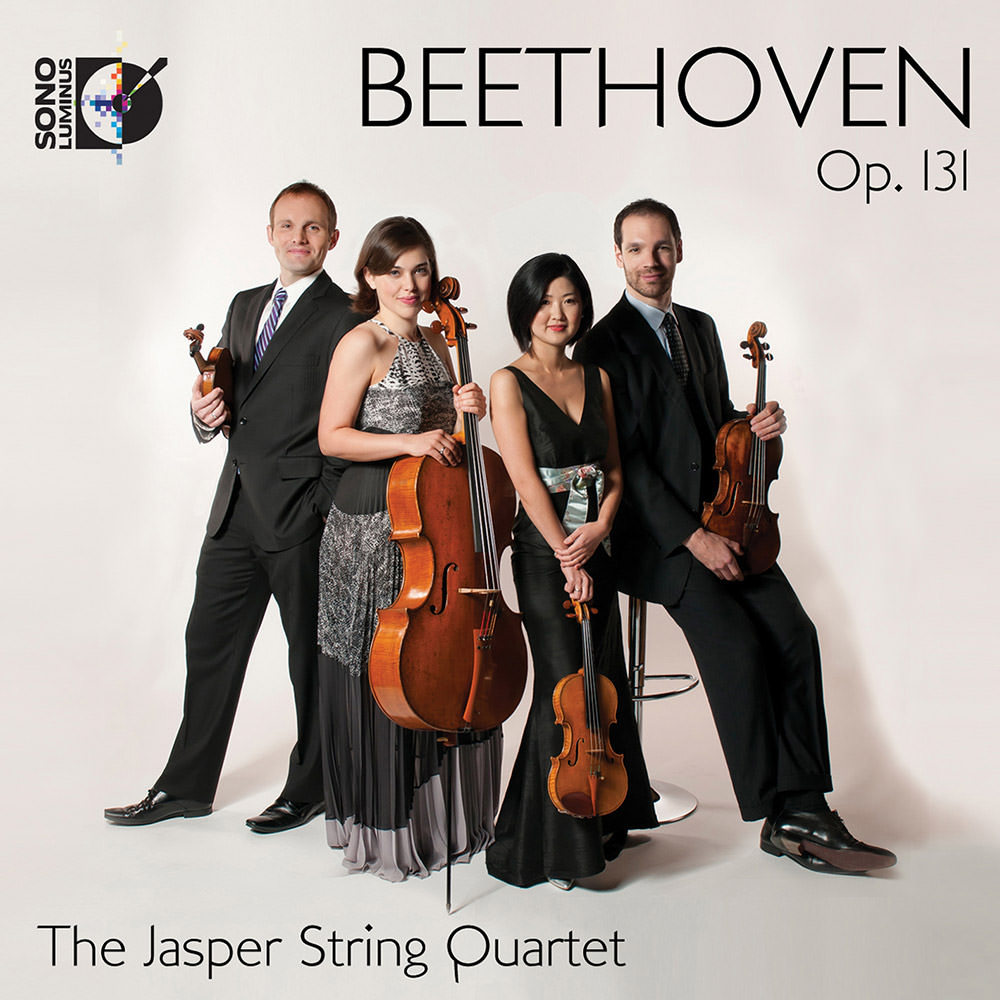 “The Jaspers … match their sounds perfectly, as if each swelling chord were coming out of a single, impossibly well-tuned organ, instead of four distinct instruments.”
- New Haven Advocate

On this 2014 release the Jasper String Quartet breathes new life into this well-known late string quartet by one of the world’s most beloved composers. One of Beethoven’s personal favorite works, this quartet was dedicated to Baron Joseph von Stutterheim as a gesture of gratitude for taking his nephew Karl into the army. In this cyclical composition, Beethoven composes the quartet in six distinct key areas. Beginning in C sharp minor and ending in C sharp major, the finale directly quotes the opening fugue theme in the first movement in its second thematic area. Based in Philadelphia, the Jasper String Quartet was the winner of the 2012 Cleveland Quartet Award.
96 kHz / 24-bit PCM – Sono Luminus Studio Masters