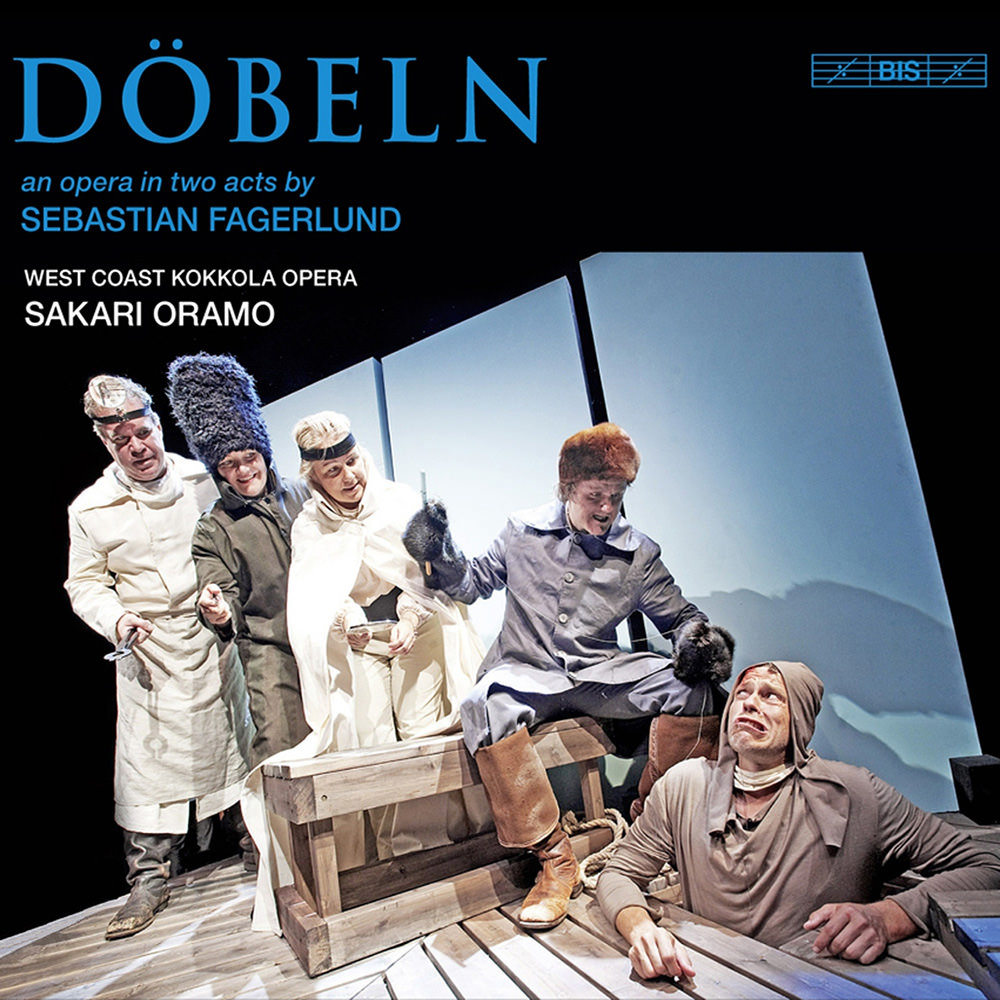 Available in 44.1 kHz / 24-bit AIFF, FLAC audio formats
"Döbeln has me searching for recordings of other works by this composer and looking forward to the next opera. May it come soon." - Fanfare "Time, once again, to hail yet another obscenely talented young musician from Finland. (Sebastian Fagerlund) is writing music that is both forward-looking and audience friendly ... listening to Döbeln, you'll be reminded of a number of Fagerlund's older contemporaries, in particular Magnus Lindberg. Like Lindberg, Fagerlund has a taste for the richer sonorities of the orchestra ... the orchestra for this opera consists of only 15 players, but the variety of sounds and gradations he draws from the small group is extraordinary ... as you'd expect from BIS, the recording is excellent ... singing and playing are to a consistently high standard and all of the performers are helped by the composer's innate, or possibly hard-earned, grasp of idiomatic orchestration ... an excellent introduction to the work of a promising new voice from Finland." - MusicWeb International This world premiere recording of Finnish composer's Sebastian Fagerlund's two act opera Döbeln was first released in 2010 to great critical acclaim for the composer, his first opera and the performances of the West Coast Kokkola Opera and Kokkola Opera Festival Orchestra under Sakari Oramo. The libretto, partly in Swedish and partly in Finnish, includes 11 characters distributed among five singers, supported by 15 instrumentalists: piano, string quintet, seven wind players and percussionists. Even with such limited forces, Fagerlund conjures up a soundscape rich in colour, variation and emotional intensity. "When I began to plan this work, the idea of a grand, epic and heroic war opera felt unnatural to me. I wanted to discover a story and a way of realizing it, where drama could be combined with humour, without losing track of the serious subject: war and its effects on man." - Sebastian Fagerlund
44.1 kHz / 24-bit PCM – BIS Studio Masters