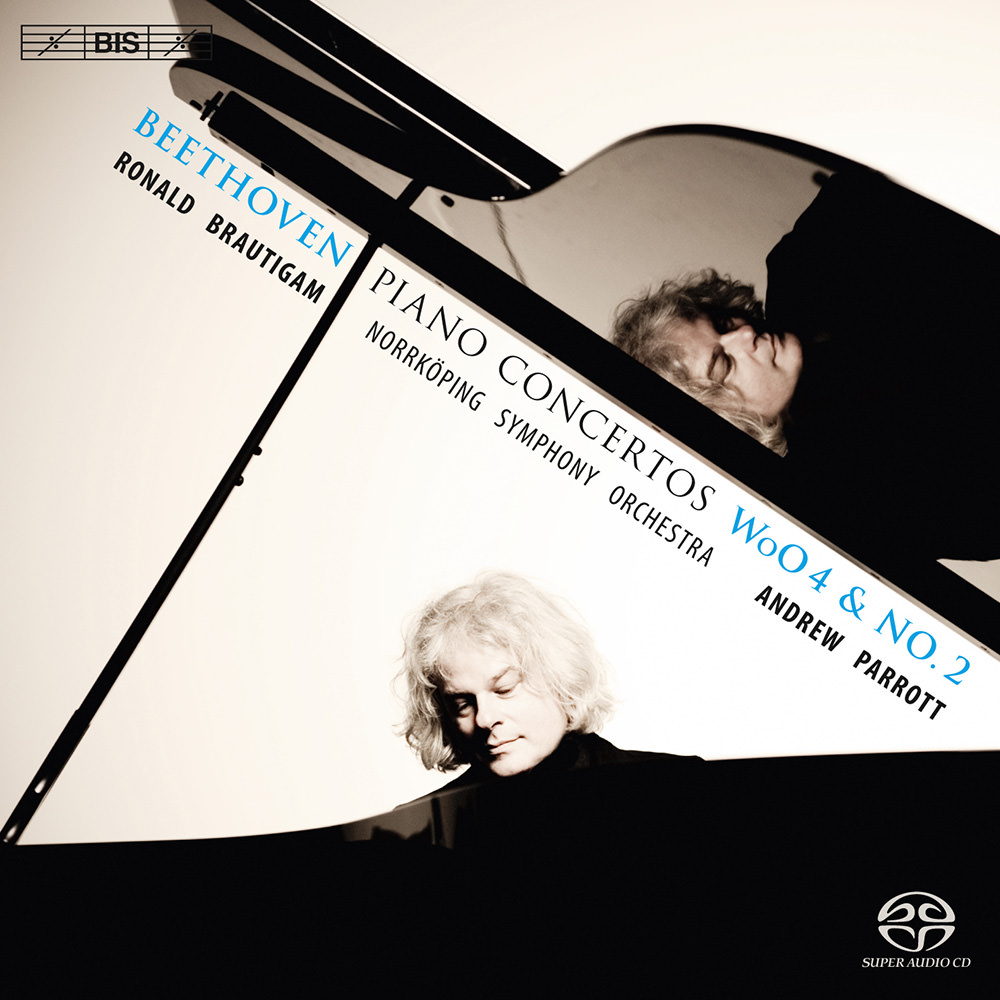 Available in 44.1 kHz / 24-bit AIFF, FLAC audio formats
"... (a) superbly articulated performance by Dutch pianist Ronald Brautigam. His account of the B Flat Concerto, interestingly coupled with a none too remarkable earlier finale Beethoven wrote for the concerto, is first rate ..." - Gramophone "... Brautigam is an excellent Beethoven pianist and he turns in a performance (of the Concerto No. 2's) solo part that's as lively and attractive as anyone has yet recorded on a modern instrument ... it would be hard to imagine a more sympathetic performance than this one ... (a) very rewarding edition." - ClassicsToday.com "... in the Rondo of No. 2, the give-and-take between soloist and orchestra is nothing short of sublime, imbued with an exhilaration that’s utterly infectious. It follows an Adagio of ethereal tenderness. Without doubt, this is the most dynamic, shapely, and vivid recording of the Beethoven Second one is ever likely to hear. It’s worth mentioning that the Steinway D used here, with lid removed, was placed in the middle of the orchestra, continuo style, which does a lot to explain both the cohesive ensemble and the beautifully blended sound of the recording." - Fanfare Following an internationally-acclaimed recording of Beethoven piano concertos in 2008, Dutch pianist Ronald Brautigam reunites with Andrew Parrott and the Norrköping Symphony Orchestra for this second installment, released in April 2009. The album features the youthfully fresh Concerto No. 2 with two rarities, notably the Piano Concerto in E Flat Major, composed when Beethoven was only 13 years old. The programme showcases Brautigam's own reconstruction of the lost orchestral score.
44.1 kHz / 24-bit PCM – BIS Studio Masters